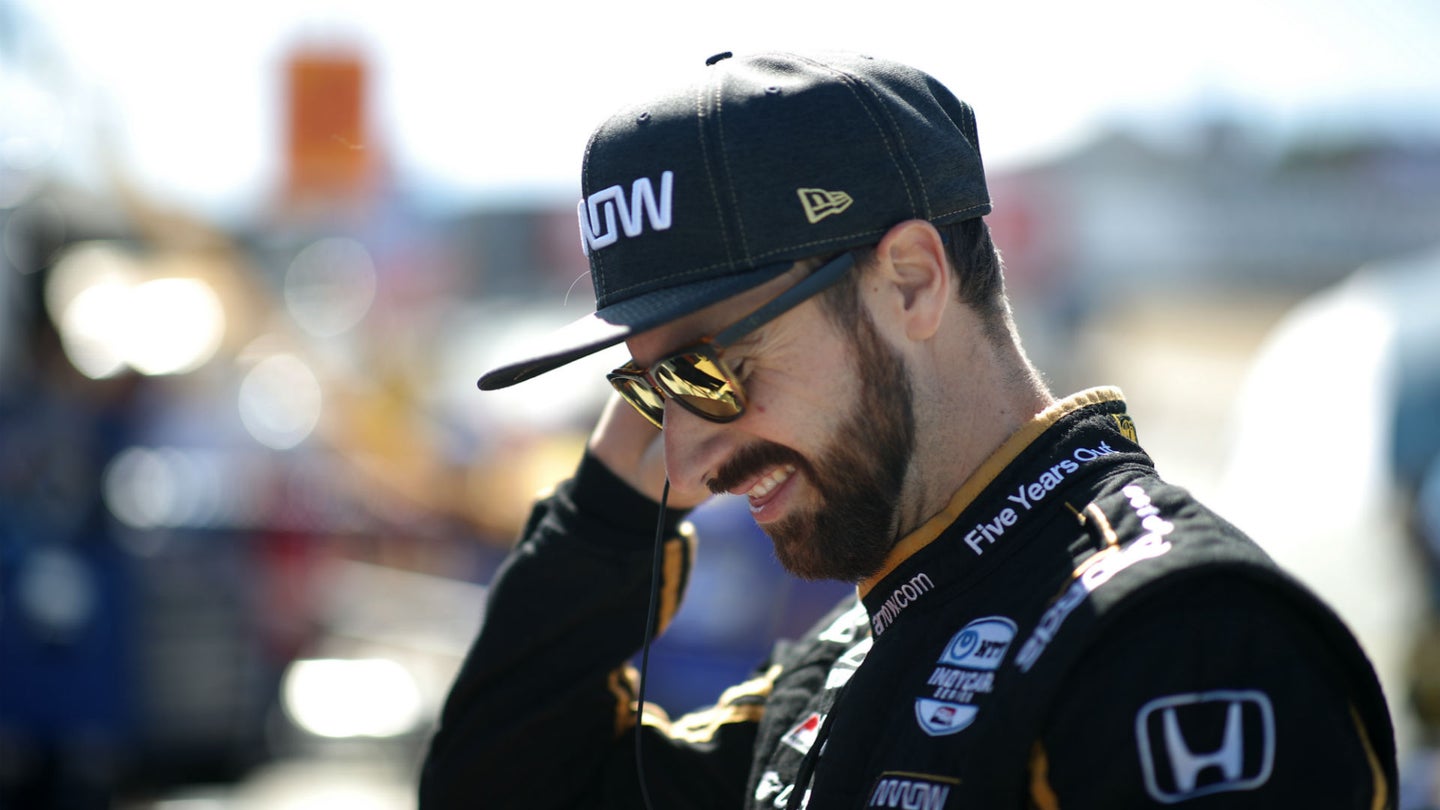 Turmoil involving James Hinchcliffe and his former team, the recently rebranded Arrow McLaren Schmidt Peterson squad, was thought to leave the Canadian without a ride for the 2020 IndyCar season. The two split ways despite Hinch having a year left on his contract, leaving the fan-favorite searching for a job not long before the opening race at St. Petersburg. Now, thanks to sponsorship from Honda and new partner Genesys, the 33-year-old is confirmed to compete with Andretti Autosport in three races this year, including the Indianapolis 500.

While he was linked to possible rides with Dale Coyne Racing as well as Rahal Letterman Lanigan, neither could formulate a full-season plan involving Hinchcliffe. These were thought to be the only opportunities for the si-time IndyCar race winner as Chip Ganassi Racing was full-up and Andretti reportedly wasn't looking to add a sixth car. Finally, however, Hinch was able to ink a deal with team owner Michael Andretti, for whom he raced previously notching three victories in as many seasons.

Hinchcliffe will drive the team's Genesys-branded No. 29 Honda at the Indy GP, Indy 500, and Texas Motor Speedway.

“Honestly, it’s so nice being able to announce some more good news,” said Hinchcliffe, who's had his share of uncertainty over the past three months. “It’s no secret that the 2020 season isn’t going to be exactly what we were expecting, but being able to start the new year with the announcement that Genesys was stepping in to save our season and partner with us was awesome, and now adding the next big piece in my reunion with Andretti Autosport just really makes it feel like the momentum is going our way.

“I can’t wait to work with this group again and to get back behind the wheel of an IndyCar.”

This year's running of the Indy 500 will mark Hinchcliffe's eighth attempt at winning the Greatest Spectacle Racing. In the past, he's claimed a pair of top-10 finishes—P6 in 2012, P7 in 2016—the latter after qualifying in pole position. He has started on the front row a total of three times.

In addition to landing Rossi for next season, Andretti also confirmed Honda will remain onboard as the team’s engine supplier.