The Most Shocking Debut in F1 History

Stoffel Vandoorne surprised with a top-ten finish in Bahrain, but the honor for wildest debut sits with a forgotten Ferrari driver. 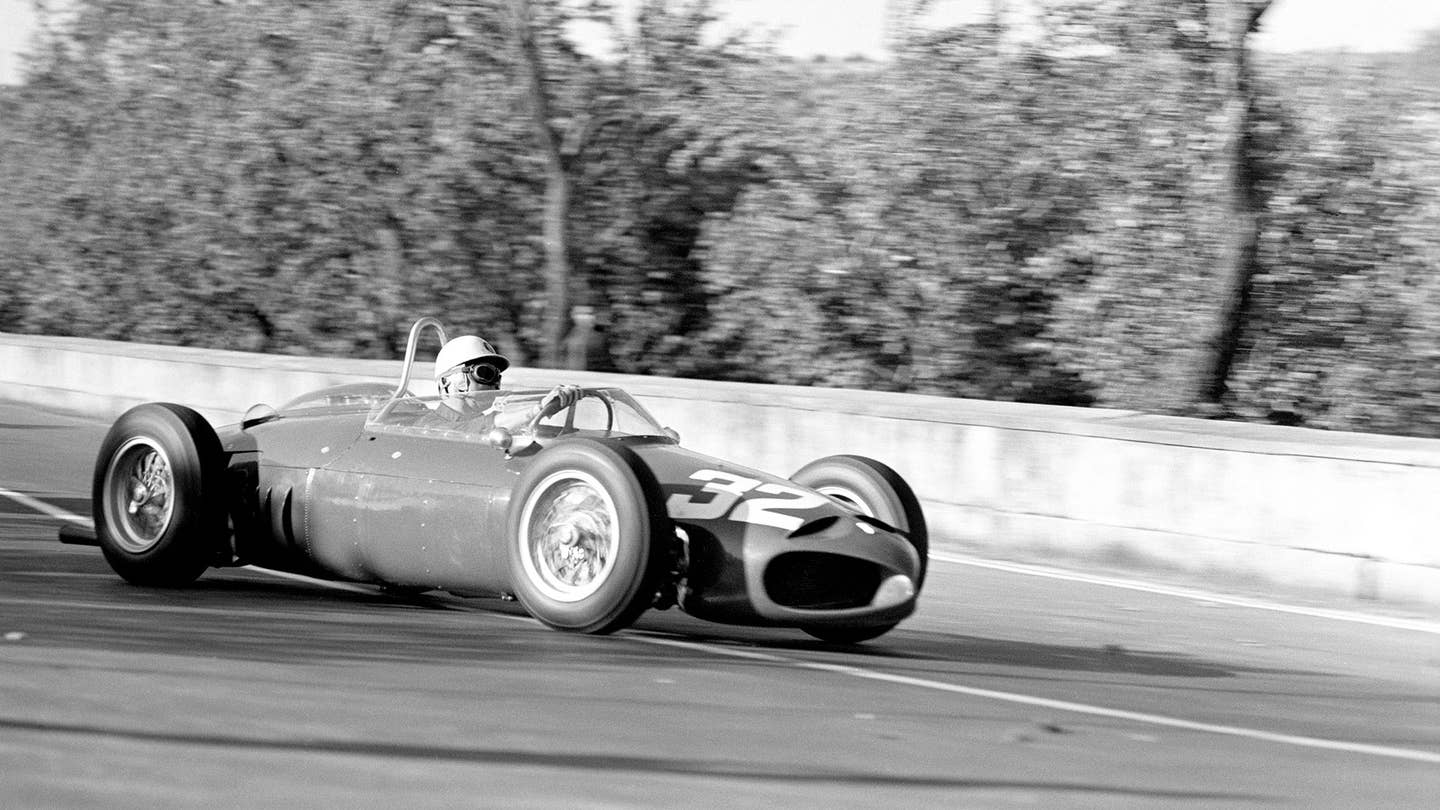 Stoffel Vandoorne. Belgian, 24-years old. A proper racing driver. He's been making hay in open-wheel’s lower ranks, gaining recognition, since 2010. The report? Per F1 insider pundit Will Buxton: “An incredible talent destined for great things.” But nobody could've seen Vandoorne’s brilliant run at Sunday’s Bahrain Grand Prix coming, because he wasn't even supposed to be driving.

With top wheelman Fernando Alonso a last-minute medial scratch, McLaren made an emergency call to Vandoorne. He flew in overnight from Japan on Thursday. He drove McLaren’s car for the first time on Friday. He bested his teammate, Jenson Button, a former World Champion, during qualifying Saturday. Then, in his Grand Prix debut, Vandoorne overtook a pair of veterans, defended his position, and captured 10th place. Dark horses aren't a thing in F1, and the McLaren-Honda car is a pig. Vandoorne scored the team its first point since October of last year. They should've carried him off on their shoulders.

But this isn't the most shocking debut in F1 history. Not by a long shot. For that, you'll need to flashback to 1961, and the French Grand Prix at Reims.

The starting grid has so much star power, it's liable to implode. In its ranks: John Surtees, Jim Clark, Masten Gregory, Stirling Moss, Jack Brabham, Bruce McLaren, Graham Hill. All golden age juggernauts, a sport’s finest talents in its finest era, the Class of ‘61 makes Murderers Row look like the Bad News Bears. And then there’s Giancarlo Baghetti.

He is the prototypical period privateer racer. Milanese, the son of a wealthy industrialist, with perfect hair and a round face. He’s run in Formula Junior, finished the Mille Miglia rally, won a few non-points F1 races. For his World Championship debut at that French Grand Prix, Baghetti will field Ferrari’s fourth entry. He qualifies 12th. The other three Ferraris (Phil Hill, Richie Ginther, Wolfgang von Trips) lock out the front row. Then, on race day, all hell breaks loose.

Mostly, it was the weather. Nasty and searing and dry, hovering around 120°F on the circuit, to the point where the track started breaking up. The cars didn't cope too well, either. Von Trip’s motor let go a few laps in. Ginther was hit by Surtees, then blew his engine, too. Ditto Hill, who spun over the bad tarmac, got caught in a stall, and watched his oil pressure slouch. Just like that, the race for fourth place became the race for first. Dan Gurney and Jo Bonnier in flat-four Porsches, and Giancarlo Baghetti, now in the lone Ferrari, the fastest car left on the grid.

An epic battle ensued. All three drivers going full-tilt, slipstreaming one another down the long straightaways of Reims. They traded the lead. Baghetti for three laps, then Bonnier, Gurney, Baghetti, back to Gurney for two laps, then Baghetti again. Three laps out, Bonnier’s engine quit.

Gurney and Baghetti kept at it, wheel-to-wheel. Out of the final corner, Gurney pulled ahead. A drag race, down the front straight. Differential? Less than one-hundredth of a second. ‘Ferrari by a whisker’ doesn't do this finish justice. If Gurney had skipped breakfast, he probably would've won.

Baghetti never matched the success of F1 World Championship debut. The next season was tumultuous at Ferrari, and he left for the new ATS team, which went bankrupt. Baghetti bounced around in F1 exhibitions and touring cars, without a contract, until washing out of motorsport in the late Sixties. Which only makes his first (and only) win even more incredible.

Early word from McLaren’s camp is that Alonso will be ready for the next Grand Prix in China. That means Vandoorne will head back to Japan, back down to the ranks of Super Formula. At least for now. While Giancarlo Baghetti had the most shocking F1 debut in history, it's a footnote. Time only moves one way. Jenson Button will probably retire at the end of this year, leaving an open seat at McLaren. Primetime for Vandoorne? Just don't say you didn't see it coming.