Mercedes-Benz ended production of the SLR a decade ago, but a new trademark filing could portend the model’s revival—potentially as a hybrid. 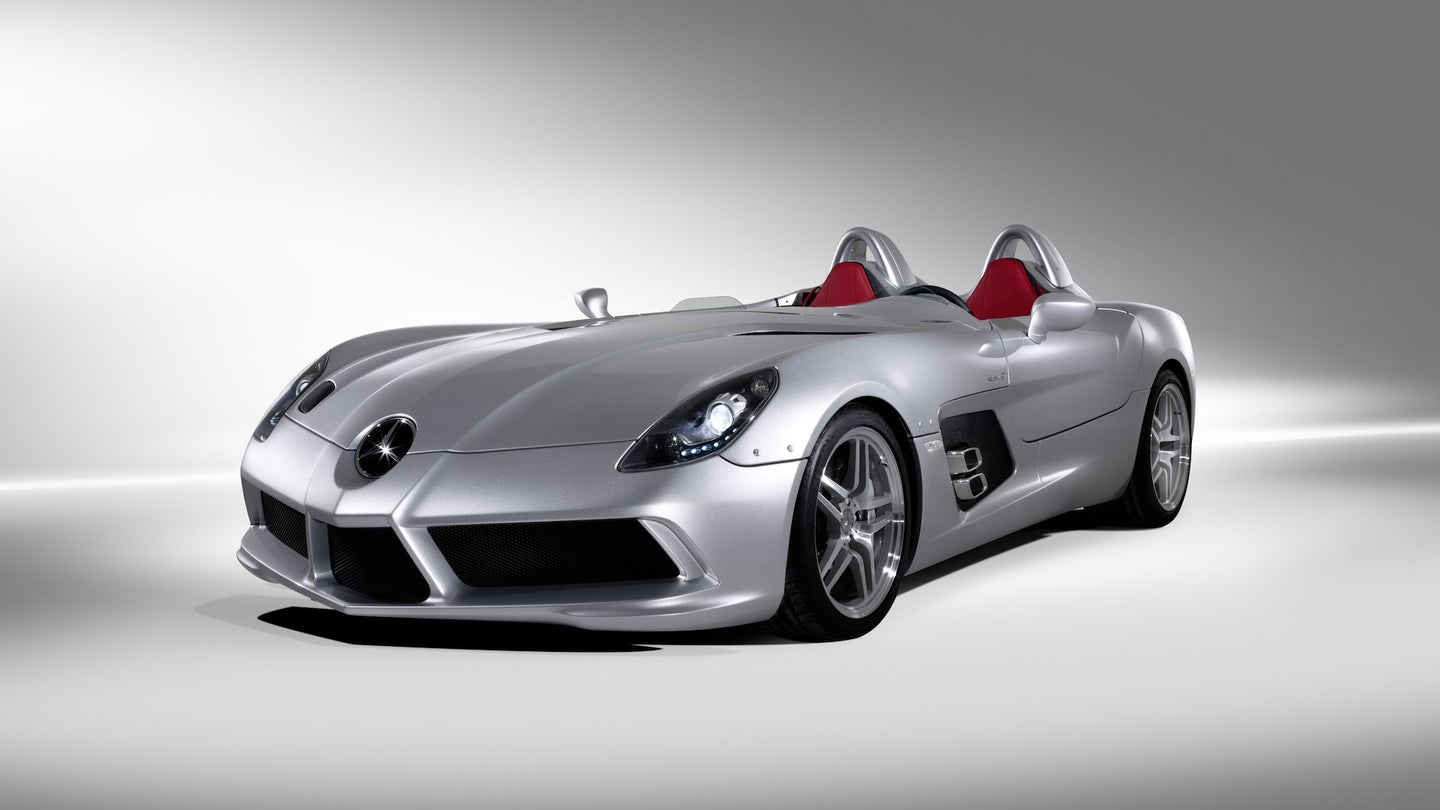 A new trademark filing by Mercedes-Benz's parent company Daimler suggests that the company could be preparing to revive the SLR supercar.

On March 1, a New York-based law firm filed on Daimler's behalf with the United States Patent and Trademark Office (USPTO) for the rights to the the "SLR" name as pertaining to "land vehicles and structural parts thereof."

SLR was a name used by Mercedes-Benz between 2003 and 2009 for a front-engined, rear-wheel-drive grand touring car named the SLR McLaren, developed with the input of then-partner McLaren Formula 1 Team. It featured a 5.4-liter, supercharged V8 making 617 horsepower and 575 pound-feet of torque, which made it one of the fastest cars sold in its era. Mercedes-Benz succeeded the model in 2010 with the SLS AMG, which in turn was replaced in 2014 by the Mercedes-AMG GT.

Trademark filings can sometimes reveal automakers' intent to bring back previous models, or the names of upcoming products, though this filing does not on its own mean that the Mercedes-Benz SLR will be returning to showrooms. Automakers often maintain historic trademarks for the purpose of merchandising, though the lack of text specifying products other than "land vehicles" suggests this not to be the case.

Many companies will secure the rights to names they won't use, either to have the freedom to give their products the ideal name, or to protect their brand. As Daimler's initial claim to the SLR name was due to expire on Oct. 31, 2020, the most probable reason for Daimler's filing is to maintain its rights to the SLR name, though because the Mercedes-AMG GT turns four this year, its successor—potentially a hybrid by the name of SLR—is on Daimler's horizon without a doubt.