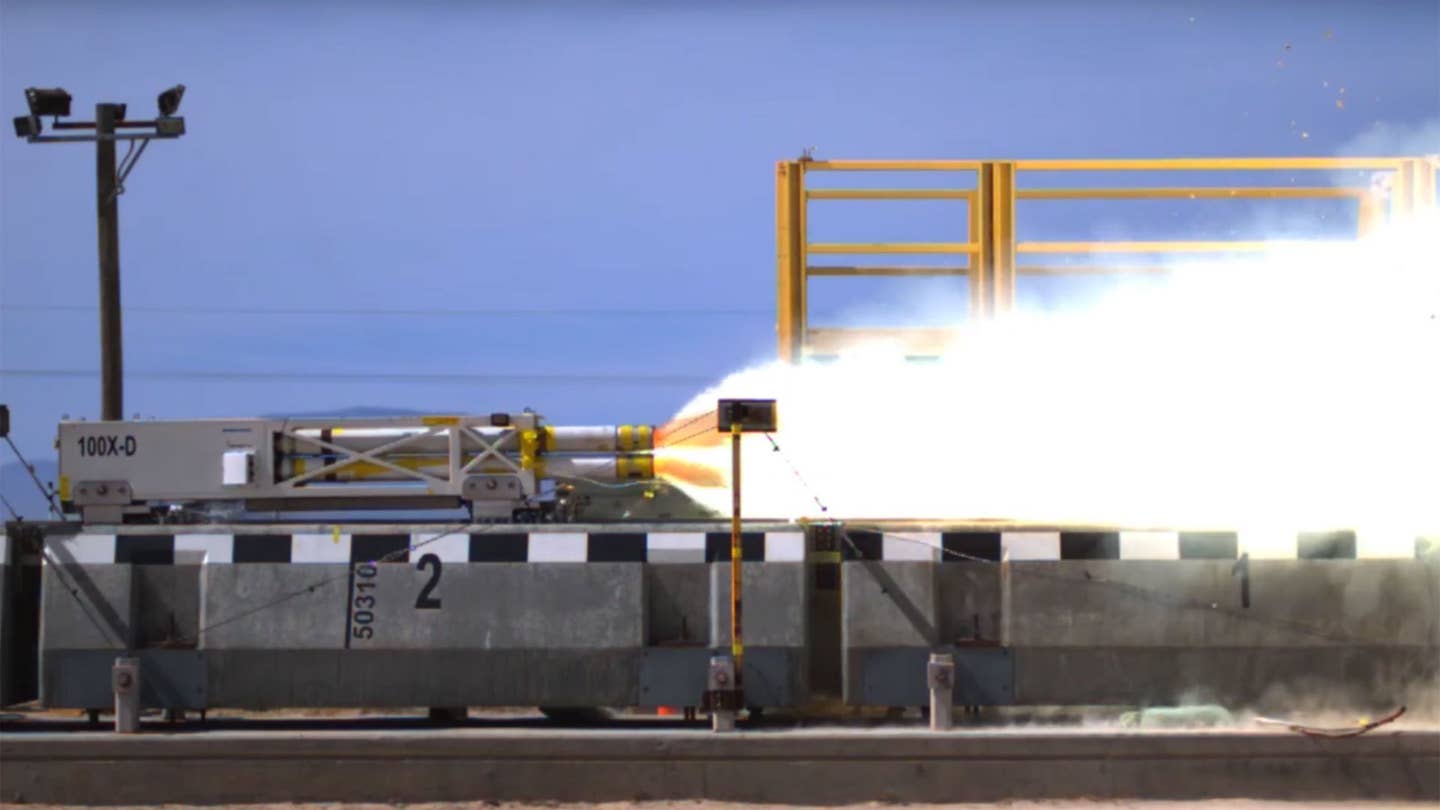 The U.S. Air Force blasted its rocket-powered maglev into the record books earlier this year, punching its way to a top speed of 633 miles per hour as it ripped across the desert. Suck on that, inertia! USA! USA!

The record run was set on March 4 on the 846th Test Squadron's 2,100-foot-long magnetic levitation track at New Mexico's Holloman Air Force Base. (Fun fact: Holloman lies just east of the White Sands Missile Range, where the first atomic bomb was detonated.) Liquid helium-cooled superconducting magnets were used to keep the rocket sled hovering just above the surface of the track, minimizing drag.

That speed, which at Holloman's altitude of roughly 4,000 feet works out to Mach 0.85 , beat the hell out of the previous maglev speed record of 513 miles per hour. Which, as it turns out, had been set by the 846th Test Squadron only a few days before.

In addition to the recently-added magnetic levitation track, Holloman Air Force Base has long been home to the Air Force's longest conventional (i.e. railed) sled track. That course, stretching more than 50,000 feet from end to end, has been used to blast sled-bound objects up to speeds north of 6,000 miles per hour—at an acceleration of more than 400 times the force of gravity.

But hey, those sleds weren't hovering.