Watch a McLaren P1 Blast Around Circuit of the Americas, From Inside the Cockpit

Is there anything better than a first-person view? 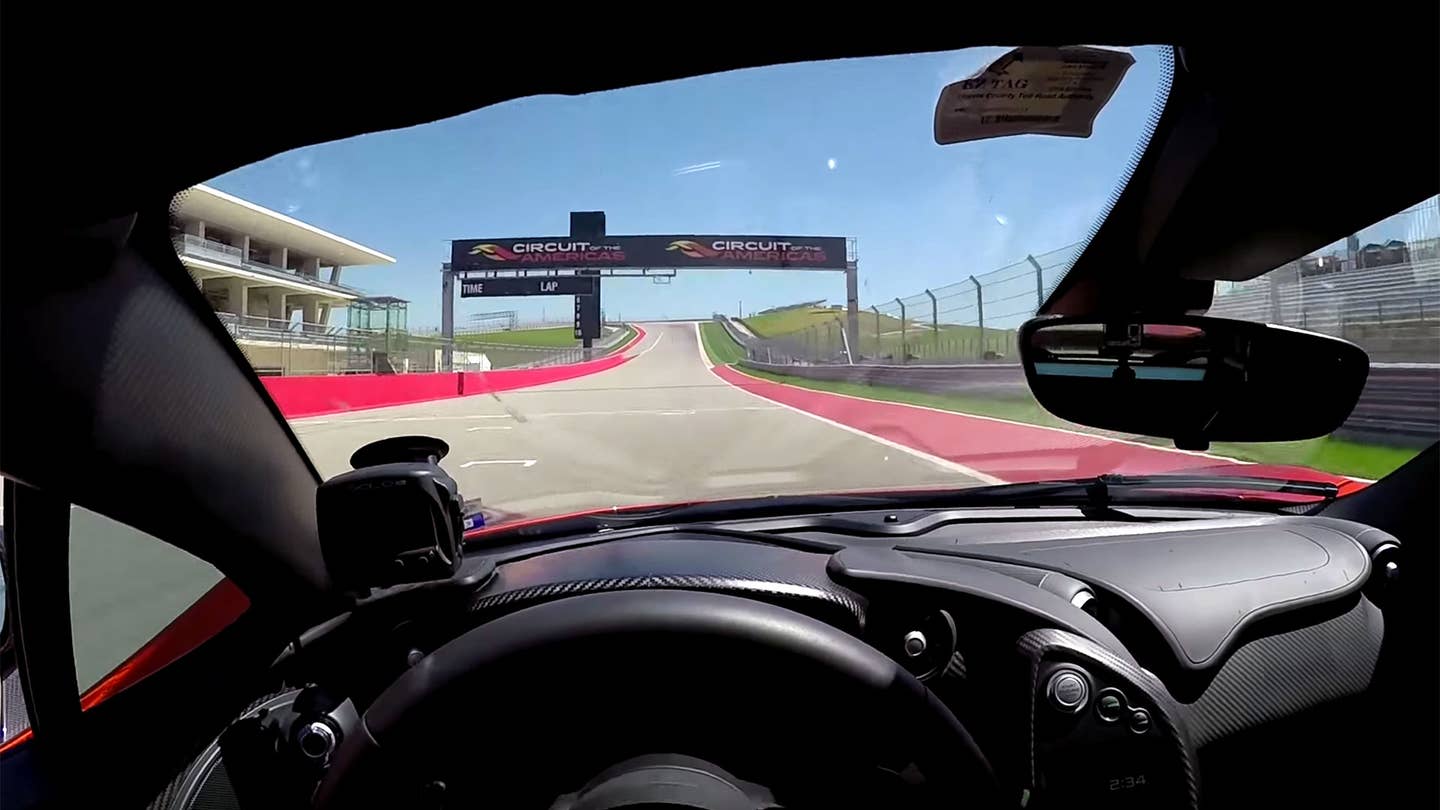 Short of riding into orbit strapped to an ICBM, piloting a McLaren P1 around the Circuit of the Americas Formula 1 track has to rank as one of the most exhilarating things you can do with your pants on. The P1, after all, is a 903-horsepower plug-in hybrid monster of a sports car that blows traditional supercars out of the water as though they were named Lusitania. And Circuit of the Americas is one of the newest tracks on the F1 circuit, a 3.4-mile course outside of Austin, TX with an outline that looks weirdly like one of those optical microscopes you used in AP Biology. Mix them together, you have the recipe for a very good day.

Unfortunately, with only 375 McLaren P1s in existence and track time at COTA being fairly hard to come by, odds seem good that most of us will never know what it's like to fire that hybrid British hypercar around the race course. But thanks to this video, we can come pretty damn close.

Whipped up by the folks at Winding Road Magazine, it's a first-person view of what it's like to race the Texas track from behind the wheel of Ron Dennis's road-going masterpiece. Filmed during a charity track event on March 31 for the Center for Child Protection, the video sticks you in the driver's seat for a couple of hot laps around the course. Good, clean laps, too—the kind of laps you'd like to think you could lay down the second you climbed into a state-of-the-art hypercar. It's basically like playing Gran Turismo 15 years in the future, when computer graphics have become so good you can't tell the difference between a video game and a movie.

Of course, in this case, you don't have any control over what the car does. But we won't say anything if we catch you toggling the buttons on your keyboard while you watch.