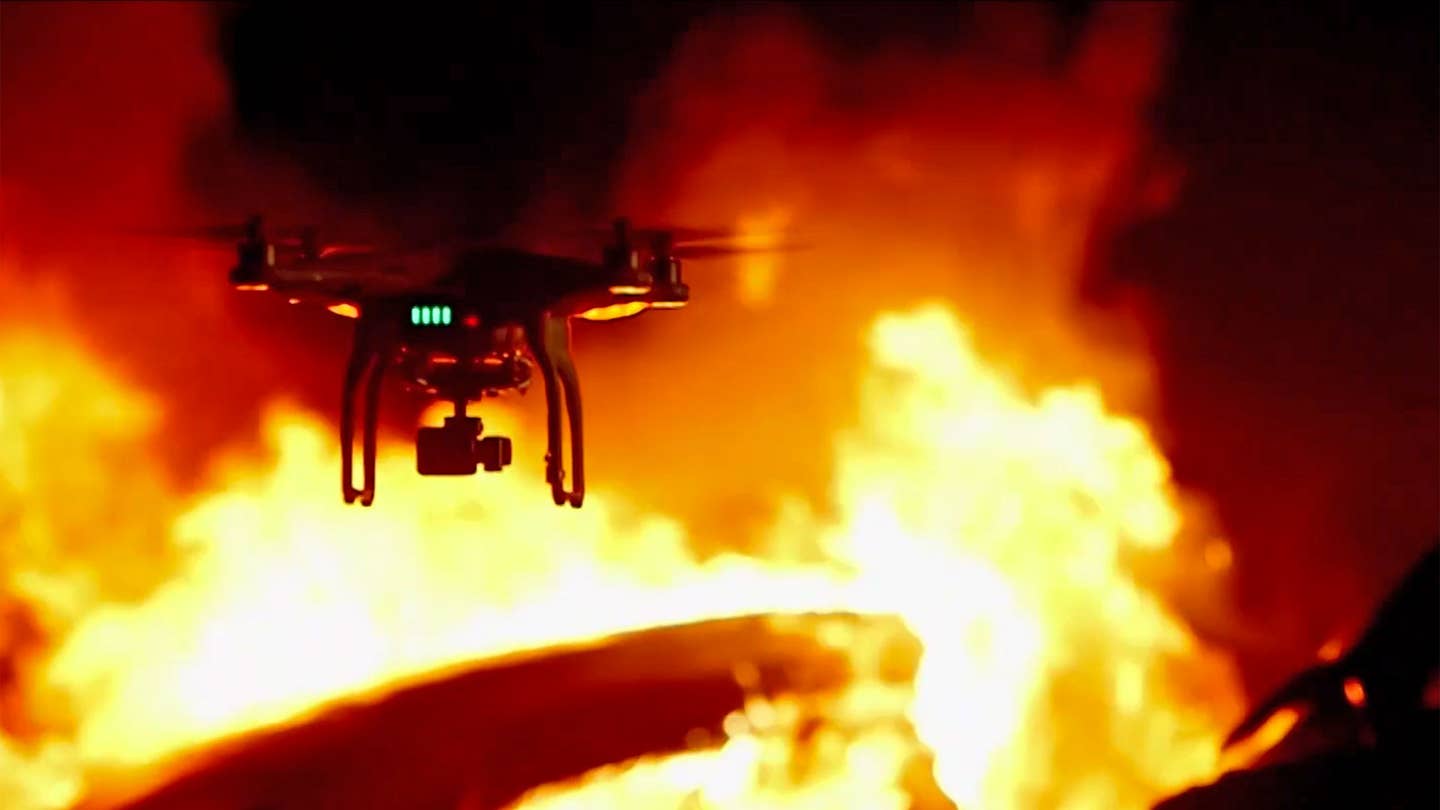 Believe it or not there are efforts being made to employ drones as something other than aerial nuisances, Amazon package bombers, or military hunter killers. Earlier this year the United Arab Emirates hosted a Drones for Good competition, with engineers and roboticists demonstrating myriad ways our robotic friends can help us before they inevitably take over the world. This month the European Emergency Number Association (EENA) announced a one-year partnership with drone maker DJI to study the deployment of drones in various branches of emergency services across Europe.

The first two pilot sites are the Greater Copenhagen Fire Department in Denmark, and Donegal Mountain Rescue Team in Ireland. In Denmark the focus will be on how best to employ drones for firefighting, chemical accidents, and major car accidents in cities and “over-water environments.” Irish crews will use drones to help coordinate search & rescue missions, and develop software to improve real-time networking and crowd-sourcing capabilities – in this case, crowdsourcing refers to sharing aerial images with the public during a search, putting more eyeballs ‘on the field’ to locate a missing person. All of the chosen sites will get training and access to DJI’s Phantom and Inspire drones, Matrice 100 (M100) developer quadcopter, and Zenmuse XT thermal imaging.

The EENA is a non-governmental research organization based in Brussels that exists to promote the 112 emergency number used in Europe (their version of 911), and improve emergency service responses. The drone pilot program carries on from a research paper published last year and a DJI presentation from this year that suggested ways drones could aid governmental and humanitarian services in various environments.

The same experiments are being conducted here, although without any central oversight. The Federal Aviation Administration estimates that private companies and law enforcement will have in excess of 30,000 UAVs flying nationwide by 2020. In April 2015 the FAA awarded Maine’s Down East Emergency Medical Institute the first drone operator’s license for a civilian search-and-rescue operation. The Joshua, Texas police department debated acquiring drones in 2014, not even a year later a local drone pilot helped rescue stranded residents when floods hit the area, now the Joshua fire department has drones of its own.

The EENA-DJI program – which is still looking for pilot sites – will run from May to September this year, with a white paper on the findings to come sometime later in 2016.