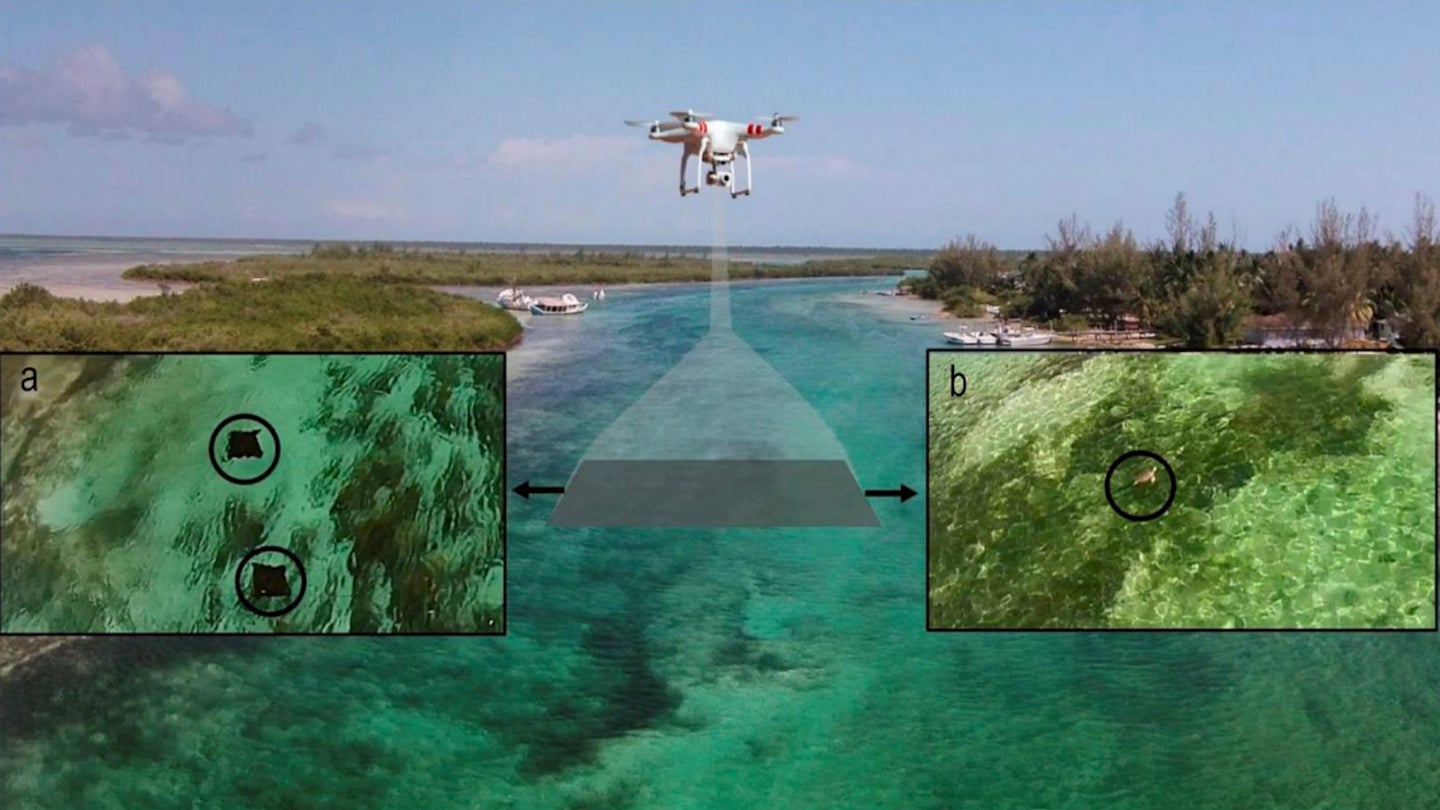 A research team at North Carolina State University (NCSU) has found that an off-the-shelf quadcopter drone is sufficient to effectively collect marine life data as well as aerially track and monitor a variety of species, New Atlas reports.

If you’ve been following the drone industry and its advancements in both affordability and technological sophistication closely enough, you’ll know that UAVs in wildlife research are nothing new. We’ve seen aerial and underwater drones used in everything from studying hurricane aftereffects on marine life and the disentanglement of whales from nets to the effective vaccination of ferrets.

What the NCSU is doing here is using publically available DJI Phantom 2 Vision+ drones to track, monitor, and study a wide variety of megafauna and their behaviors in relation to human populations, as well as the effectiveness of a drone as a research tool itself. The research report was recently published in the Latin American Journal of Aquatic Research.

“Demonstrating the viability of drones for this work matters, because these are inexpensive tools for collecting accurate abundance estimates,” explained NCSU Ph.D. candidate and co-author of the paper, Enie Hensel. “Those estimates are important for both informing the development of conservation efforts and for assessing the effectiveness of those efforts.”

In addition to unmanned aerial technology allowing for a more accurate assessment of species abundance, and how accurate those assessments themselves have previously been, drones are a helpful method of collecting data while remaining as nonintrusive as possible.

“Drone surveys are also a good way to monitor shallow water, megafauna species because they are not intrusive,” said Hensel. “More traditional monitoring methods—such as both surveys or gill nets—are more invasive, and have the potential to harm individuals or alter their movement patterns.”

In doing so, Hensel and her team managed to spot and monitor a wide swath of marine life at every site they incorporated into their research thanks to the Phantom 2 Vision+.

Additionally, the study incorporated a focus on environmental changes in terms of human encroachment on local marine life populations, with researchers finding that fewer humans resulted in a higher number of megafauna.

“One reason we chose these sites, all of which were on Great Abaco Island in The Bahamas, was because The Bahamas are interested in using several of the sites as a pilot for managed conservation effort,” said Hensel. “Our surveys provide baseline data for marine megafauna abundances within these newly established parks and we show that drones offer a new management tool for the park service of The Bahamas. And, of course, the technology certainly opens doors for us to explore a range of conservation issues.”

Drones seemingly continue to surprise experts in professions across industries with every passing month, with NCSU marine life scientists being no exception. When you have a flying camera that is not only egregiously affordable but can be easily piloted and mastered within hours, it’s no surprise that those in the business of collecting data and information of any sort would be drawn to that modern solution. Hence, we are getting a clearer, more accurate representation of what exactly is happening to a wide group of aquatic species through the mere implementation of a consumer drone. As such, since more information allows for a broader spectrum of possible solutions, that can only be a good thing.

DJI, DartDrones, Oceans Unmanned, and the National Oceanic and Atmospheric Administration partnered to save the lives of whales, and it’s working.