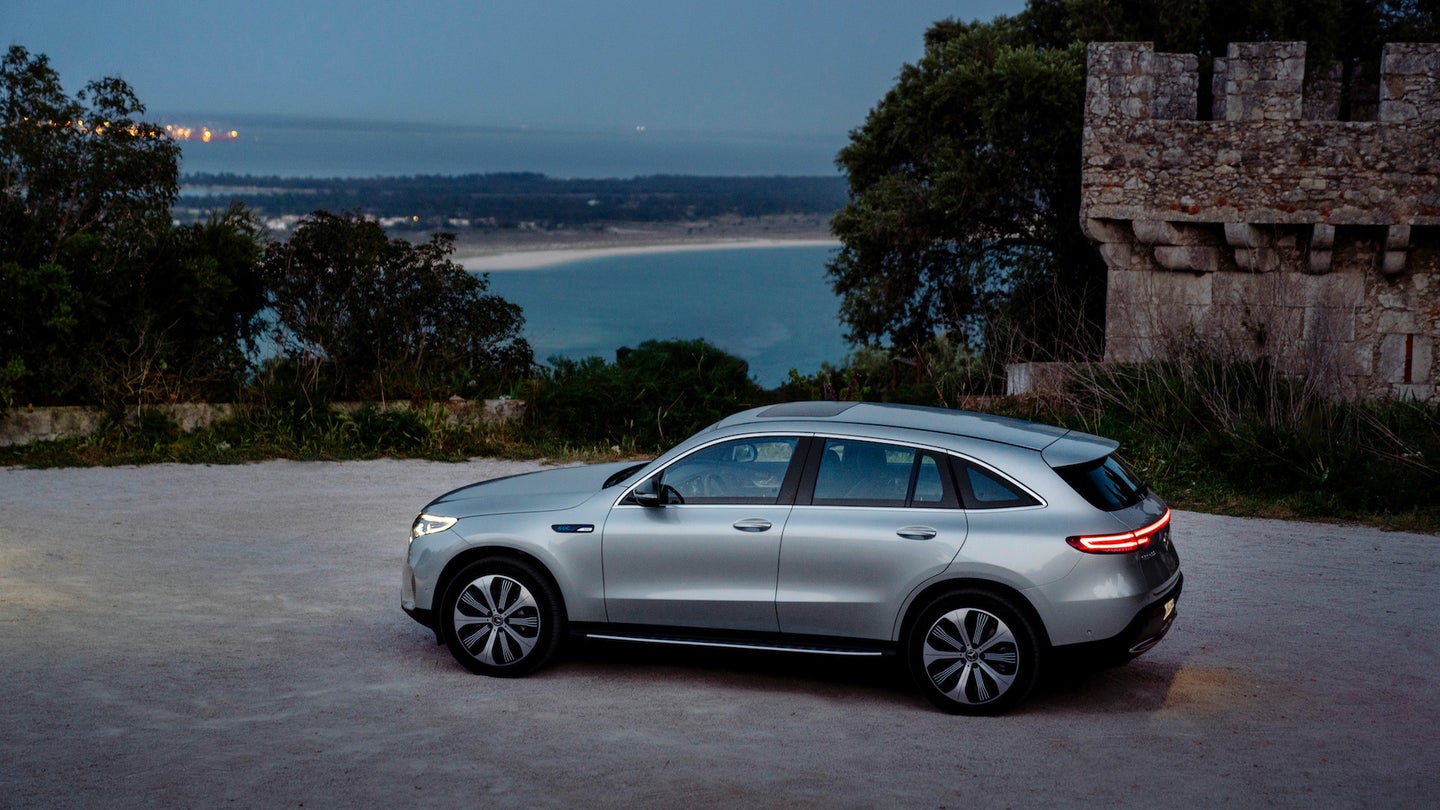 Daimler executives announced at Auto Shanghai 2019 that the third addition to Mercedes-Benz's electric vehicle (EV) lineup will be a small, entry-level crossover called the EQB.

CEO Dieter Zetsche reportedly shared the information at a conference Tuesday, reports Reuters, along with the model's ETA of 2021. Daimler board member Britta Seeger added that the EQB will be based on the upcoming GLB (which launches this summer), reports Autoblog, which speculates that the EQB will have an approximate range of 310 miles on Europe's WLTP test cycle. By American EPA standards, this would likely mean a range in the upper 200s, though a range of batteries will likely be available for all EQ models.

Daimler previously confirmed 10 new EQ-branded EVs in the works and ready to launch by 2022. At least three of these have already been announced: the EQC crossover, the EQV electric minivan that'll be revealed in Frankfurt later this year, and the newly confirmed EQB.

We have reason to believe we know the names of at least three more of Mercedes's planned EVs, based on trademark filings we discovered last May. Of the five potential model names we dug up, two (EQB and EQC) have been confirmed to be upcoming models, supporting the assumption that the other three—EQA, EQE, and EQS—will soon follow.

The first mass-produced EV we'll see from Mercedes-Benz will be the EQC, which European deliveries will start in June for "VIP" customers, reports Edison. Mercedes-Benz has reportedly struggled to scale up production of the EQC, and is about three months behind schedule for the model's rollout, so significant volumes of EQCs are reportedly not expected to arrive at dealers until November.