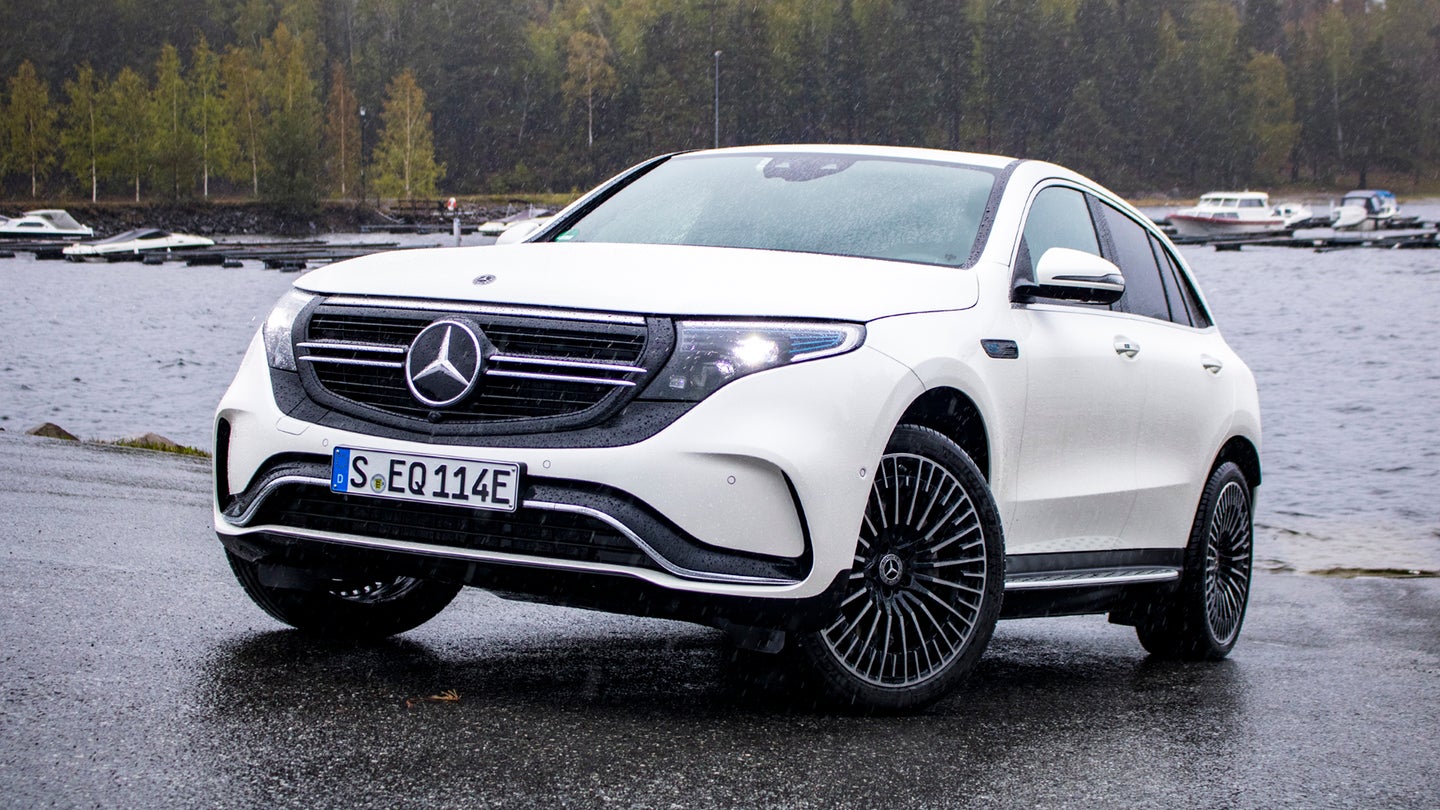 The all-electric 2020 Mercedes-Benz EQC ushers in the start of a new era at Daimler as the first of 10 battery-powered vehicles planned over the next three years. But some things never change, and the EQC also brings a new chapter to a longstanding rivalry via a pointed Easter egg that mocks BMW's lack of progress in the electric revolution.

Mercedes' MBUX infotainment system has a voice assistant feature; say "Hey Mercedes" and the EQC will do everything from adjust the temperature to find you the nearest charging station. The system can distinguish whether the driver or passenger is talking, and it works on conversational speech as well. "Hey Mercedes, it's too cold" will raise the automatic climate control a few degrees, for example.

But ask "Hey Mercedes, what do you think of BMW?" and you'll receive a much more personal response. "The same as you, otherwise you would not be sitting here," the EQC will reply in its soothing, British-accented robot voice. In our testing, the system won't even answer that question about any other automaker, even fellow German rivals like VW, Porsche, and Audi. Someone, somewhere in Daimler made the decision to poke solely at BMW.

We haven't had the chance to see if the Easter egg is found in other MBUX-equipped cars. It's possible; ask the EQC to tell you a joke and it will give the same answer as the new A-Class sedan that first premiered the technology last year. "I can't, my engineers were German." Touché.

In our experience, the voice control works pretty well minus a tendency to hear the phrase "a Mercedes" in conversation between passengers as a cue to activate. But since Mercedes wasn't exactly forthcoming about its little prod at BMW, chances are good that a few more Easter eggs lurk in the system, awaiting the magic words.