Chevrolet Cavalier Could Be Making a Comeback, Trademark Filing Suggests

No, this one’s not an April Fools’ Day joke. General Motors just filed for new trademarks on the Cavalier name in the United States. 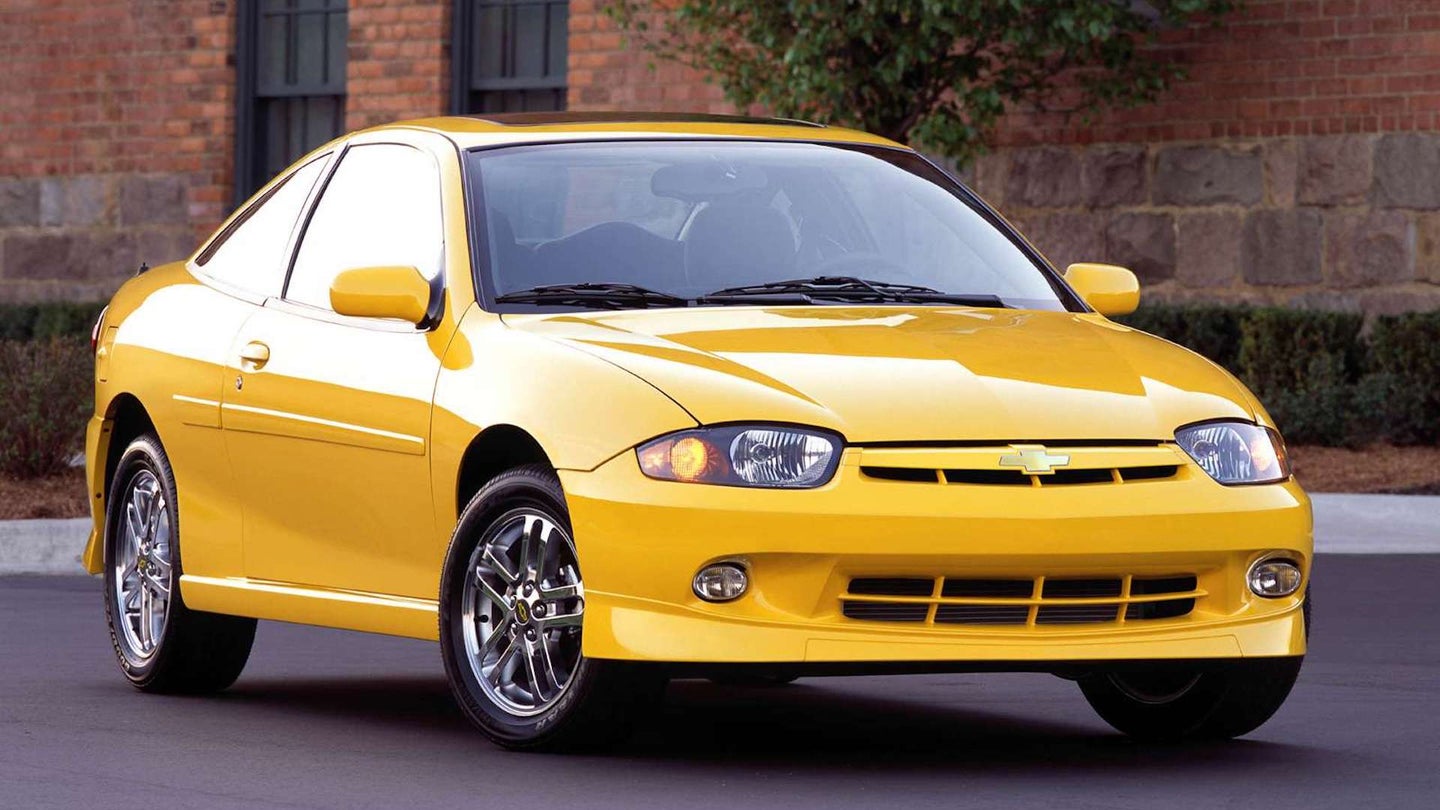 A new trademark filing by General Motors could suggest plans to revive the discontinued Chevrolet Cavalier nameplate. (No, seriously.)

GM itself filed on Wednesday, March 27, with the United States Patent and Trademark Office (USPTO) for the rights to the "Cavalier" and "Chevrolet Cavalier" trademarks, both in relation to "motor land vehicles, namely, automobiles, sport utility vehicles, trucks, vans, engines therefor and structural parts thereof."

Chevrolet last used the Cavalier name in 2005, for the third generation of its family of compact Cavalier models, available as four-door sedans, two-door coupes, and two-door convertibles. After retiring the Cavalier, GM let the nameplate sit on the shelf for more than a decade before reintroducing the fourth-generation Cavalier (pictured below) in the growing China market as a model below the Cruze. Dimensionally, this Cavalier's wheelbase is four inches shorter than the US-market Cruze's, and its body five inches shorter, though their respective widths and heights are approximately the same.

GM already sells the new Cavalier in North America, having launched the model in Mexico last year, where it replaced the Sonic. In Mexico, the 2019 Cavalier carries an MSRP of 258,200 pesos, or approximately $13,500 dollars.

Recent discontinuation of the Cruze in North America (the model is still manufactured abroad to different specification) and the greying Sonic means GM could soon have compact-sized hole in its lineup, a hole that could be hypothetically filled by the Cavalier. If brought to the US, the Cavalier at its Mexico price would undercut the lowest price of the old Cruze ($16,975 for the 2018 model) and the 2019 Sonic, which starts at $15,420.

Update, April 3: GM tells The Drive that its bid for the Cavalier trademarks are to protect its rights to the nameplate, and that it has no plans to introduce the Chinese-built Cavalier in the United States.

At least 3 lawsuits have been filed against GM alleging an ‘underlying atmosphere of violent racial hate and bullying’ at its Ohio powertrain plant.