Mike Collins gets the job. 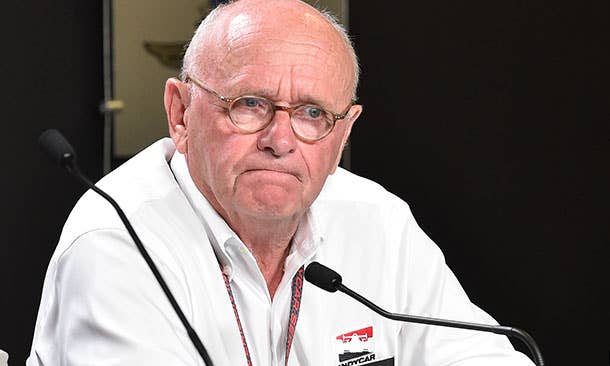 If you had eight months in the pool for how long Derrick Walker would stay on as president of SCCA Pro Racing, you win the pot. Walker resigned about a week ago to, as they say, pursue other opportunities.

Walker had most recently served as President of Operations and Competition of the Verizon IndyCar Series, after spending more than 40 years in racing in roles including mechanic, engineer, operations manager and team owner.

His resignation comes on the heels of the departure of Lisa Noble, who resigned as president and CEO of the SCCA. SCCA Pro Racing is a wholly-owned subsidiary of the SCCA. Noble began serving as interim president in October 2013, then in March, 2014, the “interim” was removed from her title.

Though it may be a while before Noble is replaced, the SCCA acted quickly to plug the rather large hole left by the departure of Walker. As of today, Mike Collins is now SCCA Pro Racing’s president; Collins is the founder and managing partner of Meathead Racing, “one of the largest amateur motorsports teams in the United States,” the SCCA says.

Steve Harris, Chairman of SCCA Ventures Inc., said Collins, a native of Washington, D.C., will be in control of Pro Racing’s day-to-day operations, partnerships and budget.

“Mike knows his way around motorsports and has a proven record in event management,” Harris said. “He is the perfect choice to shepherd along SCCA Pro Racing’s F4 United States Championship powered by Honda, Pirelli World Challenge, the Trans-Am Series and Battery Tender Global Mazda MX-5 Cup presented by BFGoodrich Tires, as well as the Atlantic, F2000 and F1600 Championship Series."