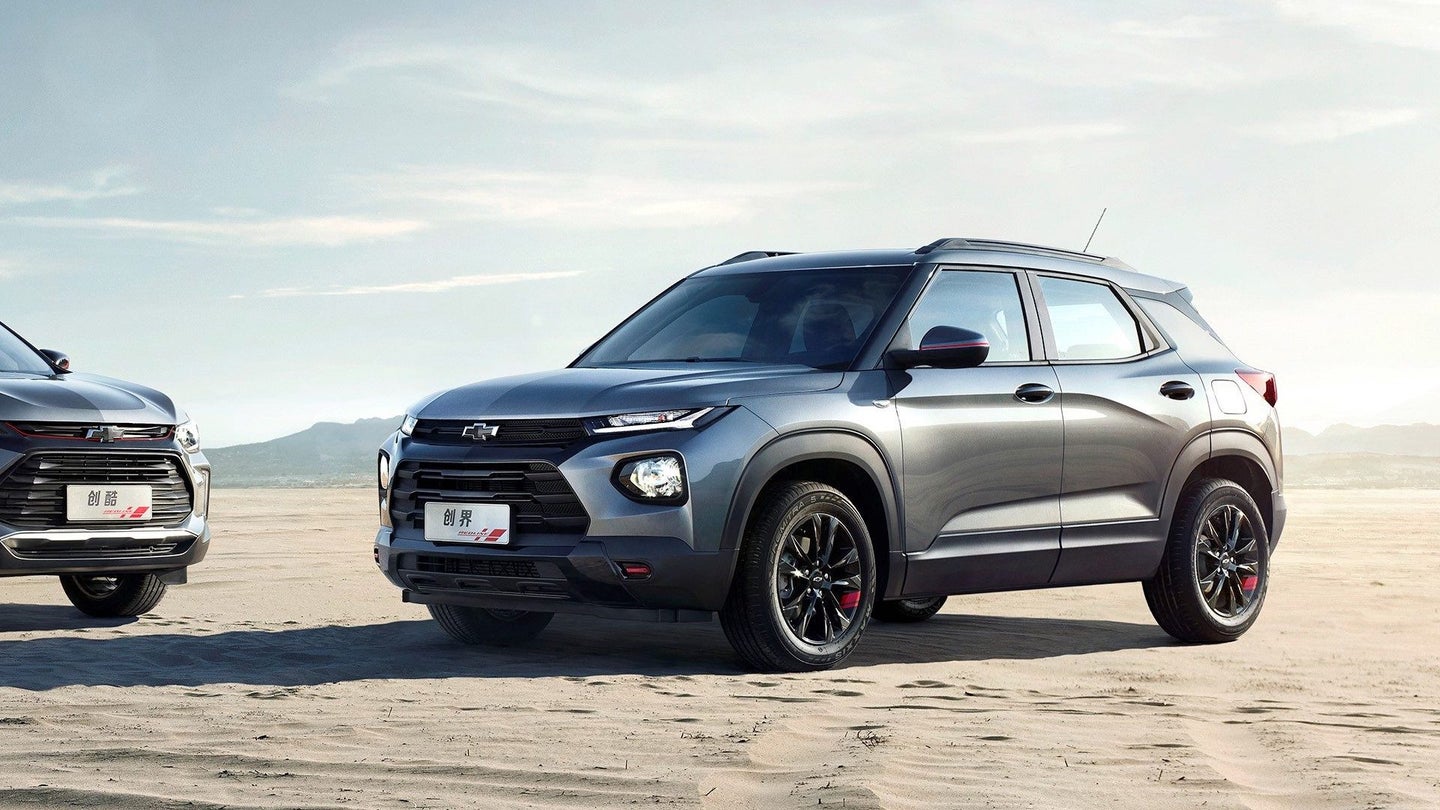 A new generation of Chevrolet Trailblazer debuted last month at Auto Shanghai, China's most prominent auto show, but now and trademark filings suggest that the CUV could also be sold in North America.

General Motors filed on May 1 with the United States Patent and Trademark Office (USPTO) and Canadian Intellectual Property Office (CIPO) for the rights to the name "Trailblazer Activ," with relation to "motor land vehicles, namely automobiles." It shares the "Activ" designation with versions of the Spark and the Brazilian-built Spin micro-van.

Last seen in North America in 2009 as a midsize SUV, the Trailblazer was succeeded abroad in 2012 by a second generation, which is still sold today in parts of the Middle East and Southeast Asia. Unlike its predecessors, the recently revealed third-generation model slots into the compact crossover category, a niche occupied in the United States market by the Equinox crossover, which has been downsized for its own third iteration.

GM's backtracking to the Blazer name for its new midsize, two-row crossover established a fondness for reviving old nameplates, and as such, bringing the new Trailblazer to the Americas would be a believable course of action. Chevrolet already offers the Equinox (with part-time all-wheel-drive) in the segment that the Trailblazer would hypothetically occupy, leading to speculation that the Trailblazer could instead replace the aging Trax subcompact, which was introduced in 2012.

Pursuing the rights to the Trailblazer (Activ) name, however, does not inherently demonstrate plans to sell the model on the North American continent. When GM filed anew for the rights to the Chevrolet Cavalier name, it stated that it had no plans to sell the Chinese- and Mexican-built model in the U.S., despite being positioned perfectly to replace both the now-retired Cruze and ailing Sonic. Picking up the Cavalier trademark, GM said, was just IP protection.

When contacted regarding its plans for the Trailblazer, GM stated that the model's announcement pertains only to China and that there is "nothing to announce" related to the sale of the model in America.

NYC may be packed with luxury sedans and exotic sports cars, but crossovers and SUVs remained the talk of the town at the Big Apple show.