It Looks Like the Chevrolet Cavalier Will Be Reborn as a Crossover: Updated

Time is a flat circle. 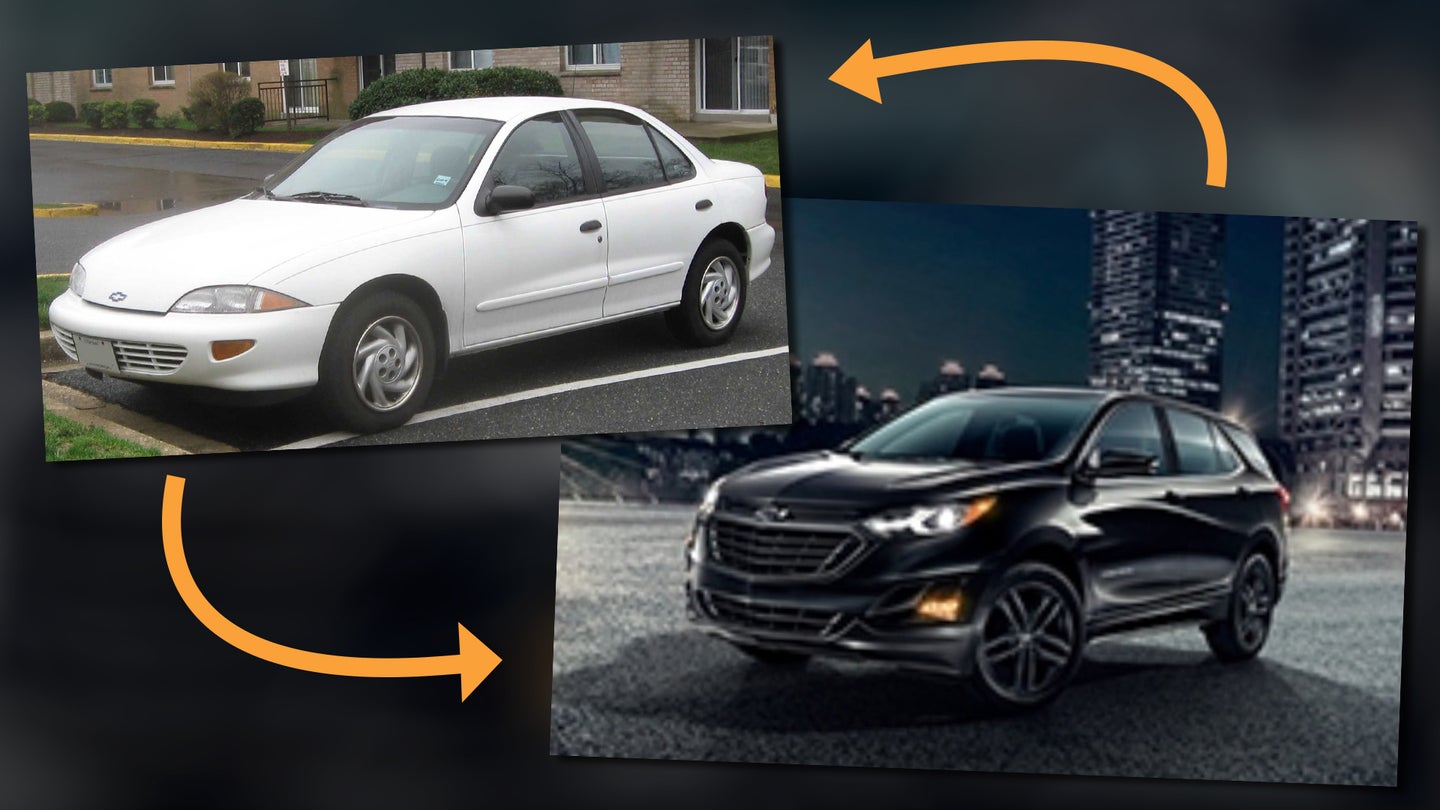 Once a stand-in for thrifty transportation and less-than-stellar build quality, the Chevrolet Cavalier nameplate has been dead in the United States since GM discontinued the compact car in 2005. But it still rides in China and Mexico, where Chevrolet's slapped it on the subcompact sedan that slots below the Cruze. Now an apparent product leak we uncovered suggests the Cavalier is also making its way to Mexico in 2020 as—what else—a crossover.

Update: As it turns out, someone at Chevrolet goofed up the heading for the apparent Cavalier crossover. What's pictured below is actually the Midnight Edition Chevrolet Equinox and not a Cavalier-branded crossover. According to Chevrolet, the Cavalier remains as a sedan sold in both Mexico and China and the company isn't turning it into a crossover.

How the story unfolded remains below.

For a brief time on Monday, Chevrolet's U.S. media site had an image in its photo galleries section of a previously-unseen small crossover labeled "2020 Chevrolet Cavalier." The design language and overall styling are very similar to the Chevrolet Trax and Equinox, though it's tough to make out a ton of detail in the low-resolution shot. The link brought up a blank page with an "MX" URL, hinting at its intended market of Mexico. The photo has since been removed.

The grainy image also makes it tough to tell new Cavalier's relative size, but it appears similar in dimensions to the compact Chevy Trax. In China, the Cavalier sedan is powered by a 1.5-liter I-4 engine and available with either a 5-speed manual or a 6-speed automatic. A move to a new crossover platform would likely feature some powertrain updates to boot.

There's some precedent here, as Mitsubishi pulled off the same sort of shell game with the Eclipse nameplate when they brought it back as the Eclipse Cross SUV. Another possibility is that we might be looking at the updated Chevrolet Trax. Chevrolet tends to get more mileage out of its less-popular nameplates overseas than at home.