Well, it’s better than the Trax. 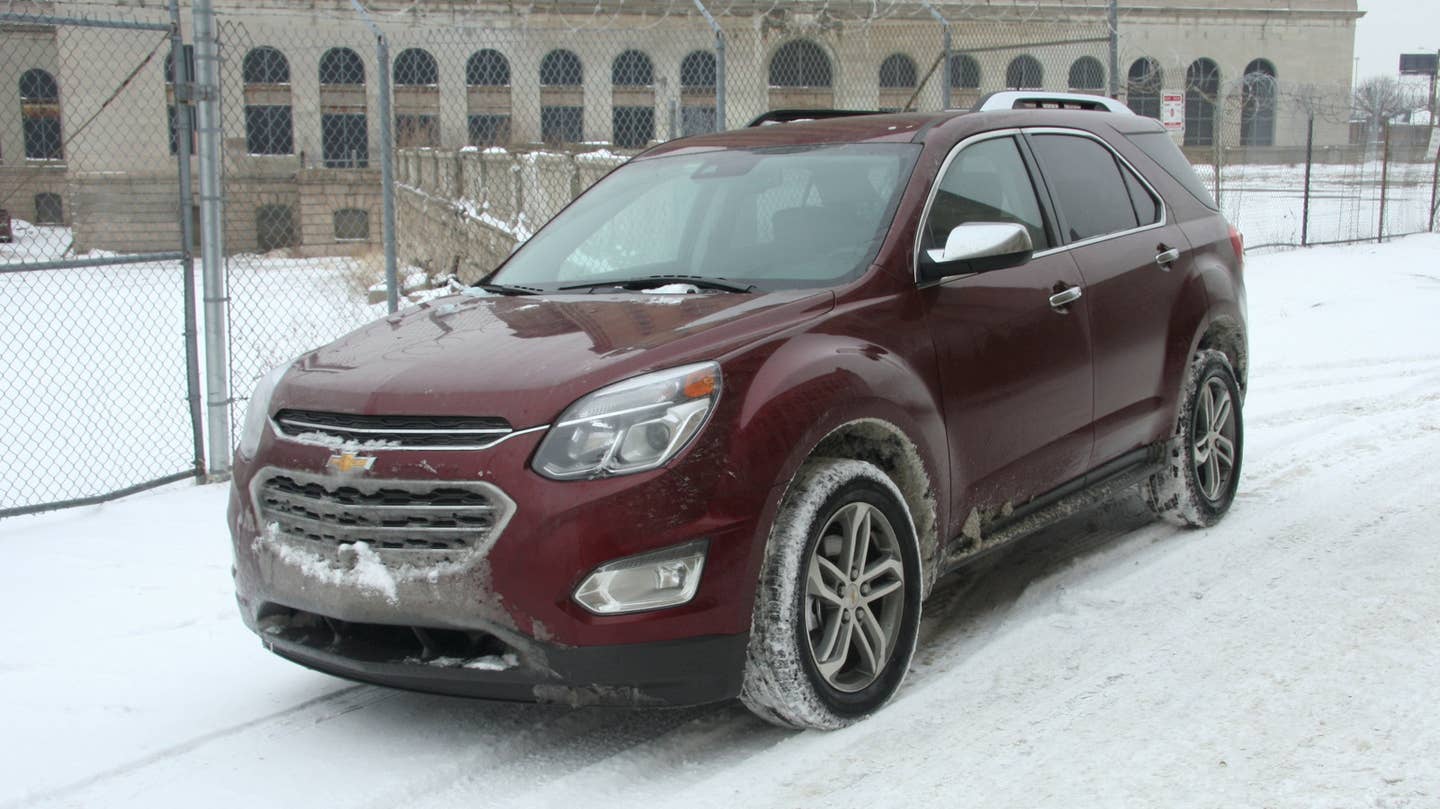 I've included a picture of this car in its natural habitat, because that's where I drove the thing; I rode a 2016 Chevrolet Equinox into Detroit and disappeared. Having attended a few North American Auto Show events and parties that week—each with its own cluster of absurdly expensive vehicles, which no one actually seemed to own parked outside—the Equinox was refreshingly anonymous. Totally inconspicuous in that most charming of urban wastescapes. I felt like an average American Joe doing my small part to keep the whole thing going. It was a pleasant sensation.

My initial impression of the Equinox? Well, this is certainly better than the Trax. (To which someone else, whom I shall not name, said "Yeah, there's more of it.") But after doing the New York-to-Detroit road trip, the Equinox grew on me, much in the way fungus comes with an itch that’s pleasant to scratch. I was always disappointed when I looked out the window and noticed its sloping, bulbous hood. The Equinox is basically one of those old split-level homes you see in an aging suburb. You know, the kind with plastic pilasters flanking the front door and a galvanized chimney pipe belying the fireplace inside. But, inside, it was a very cozy den for watching the snowy miles and long hours slip by. And that did the trick.