Watch the U.S. Navy Launch Trucks Off an Aircraft Carrier

Seriously. The Navy was testing out the catapults on its latest aircraft carrier, the USS Gerald R. Ford. So it fired trucks into the ocean. 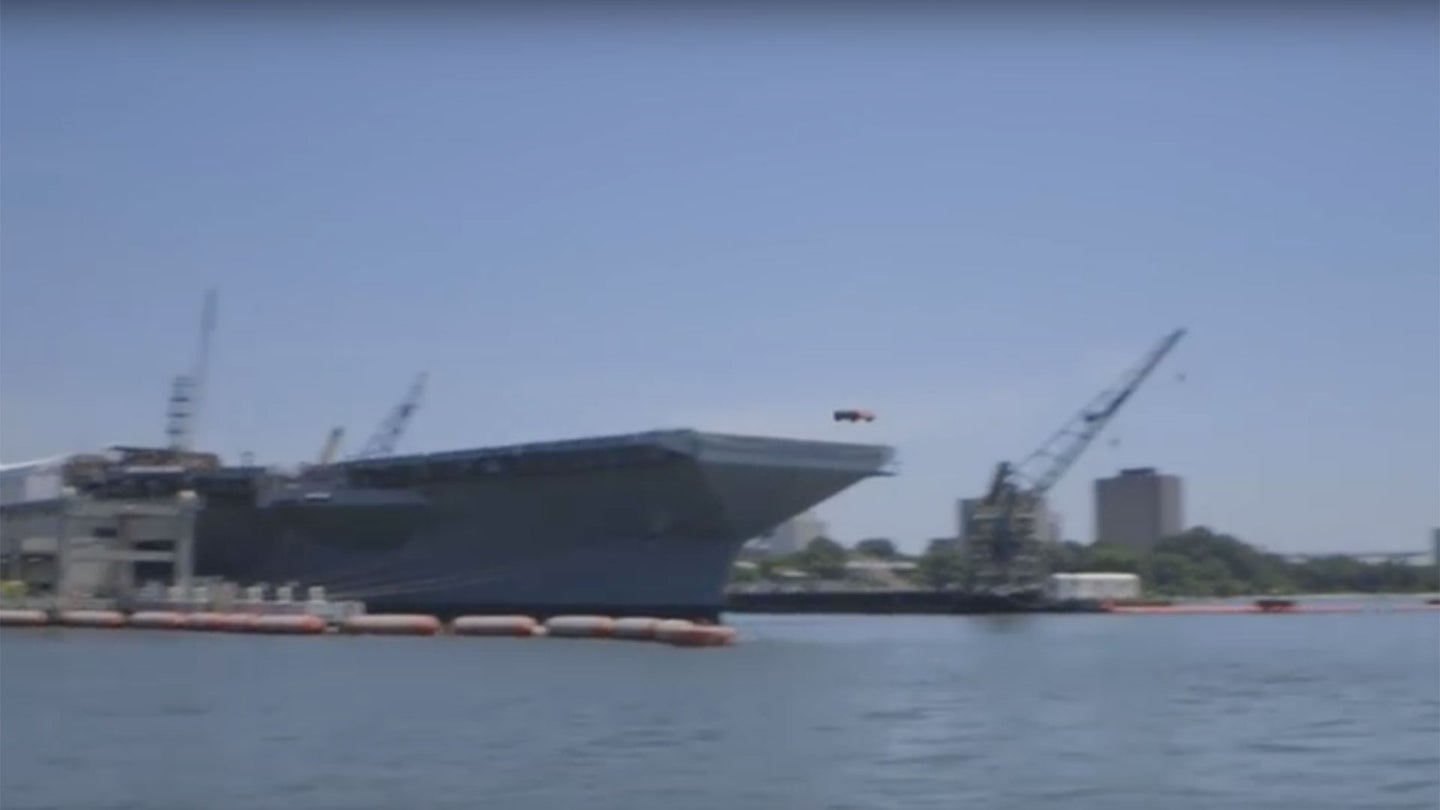 Now here's something you don't see every day: The U.S. Navy launching trucks off an aircraft carrier into the water.

It sounds fake. We thought it was fake at first blush. It even looks a little fake, the first time you see it. The truck looks so teeny, catapulting off the edge of the massive ship as though Godzilla was kicking it for an extra point in the kaiju Super Bowl.

According to the International Spectator's Twitter account, where we first found the video, the Navy was testing out the catapult system of America's latest aircraft carrier, the USS Gerald R. Ford. The Ford, which is the first of a new class of nuclear aircraft carriers, uses an electromagnetic catapult system to launch planes in place of the steam-powered 'pults used by the older Nimitz-class carriers. Presumably, the Navy needed to make sure they worked. Clearly, they do.

According to Slate, the video isn't actually new; it dates back to the summer of 2015. As the in-depth video (posted below) reveals, the "trucks" are less of the Mack variety and more of the type that hold the wheels of a railroad car...which seems like a bit of a buzzkill.

But you know what? Who cares. It's still an aircraft carrier pitching wheeled vehicles into the water.