The promise—and the disappointment—of one of GM’s newest small SUVs. 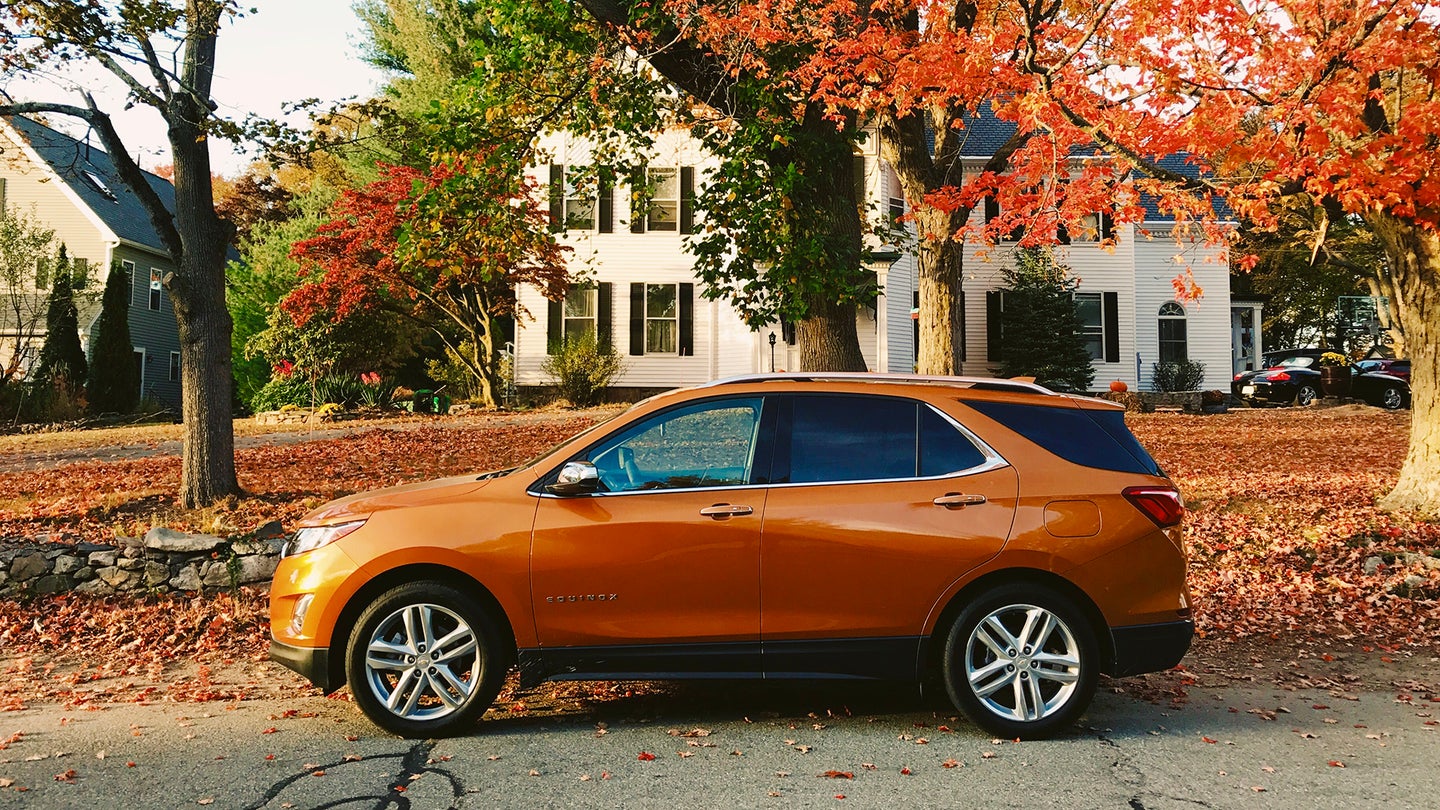 Welcome to Critic's Notebook, a quick and off-the-cuff car review consisting of impressions, jottings, and marginalia regarding whatever The Drive writers happen to be driving. Today's edition: the 2018 Chevrolet Equinox Premier.

The modern crossover offers a tantalizing promise to buyers, like golden California to the Joads in The Grapes of Wrath: You can have it all. You can have a vehicle that combines utility, size, and ease of operation in a do-it-all package that doesn't bore you to death or drive like a lump. Consumers have responded by swarming the segment over the last decade, inverting sales charts by making crossovers the top selling model for most major brands.

That includes the subject of today's review, the humble 2018 Chevrolet Equinox. The compact crossover has become the Golden Bowtie's best-selling model outside pickup trucks, so even if you'd rather set yourself on fire than drive a CUV, there's no denying the health of America's second-largest manufacturer—and maker of unquestionably good things like the Corvette ZR1—depends in no small part on the quality of this trucklet.

Recognizing this, General Motors once again went to Europe and returned with some plunder from the Opel parts bin to craft the all-new, third-generation Equinox. It's shorter, lighter, and safer than the seven-year-old model it replaced, but is it good enough to lift the little crossover over its rivals from Ford, Nissan, Honda, and Toyota? The Drive borrowed a 2018 Chevrolet Equinox Premier in fetching Orange Burst Metallic from GM for an autumn road trip from New York City to Cape Cod to find out.

After a long, arduous journey, consumers have arrived at a promised land where nearly every brand has an entry-level small crossover that claims to do it all. But even if they all look the same on the surface, minute differences in the design philosophies and mechanical offerings have broken up the segment into clear winners and losers. Toyota, Honda, Nissan, and Ford continue to lead the pack, while Chevrolet and others have been left to divide the rest of the market for themselves. Why? Style clearly matters, as does refinement—which extends to what's under the hood as well. Look at the Nissan Rogue, the second-most popular crossover in the country. It has a CVT and driving dynamics that are best described as "invisible," but it's ridiculously comfortable, and feels like a more expensive vehicle than it is.

That's why, impressive as it is, I'm not sure the 2018 Equinox's strengths will be enough to catapult this Chevy above its rivals. Fifth place is not a bad place to be, and with 2 million sold since 2004, the Equinox name is stronger than ever—but it's not breaking any barriers here. The third generation feels a year too late, a step behind...but the bones are there for a mid-cycle refresh that just might do the trick.

The 2018 Chevrolet Equinox, By the Numbers