Massachusetts Will Tax Uber and Lyft to Help Old-Fashioned Taxis 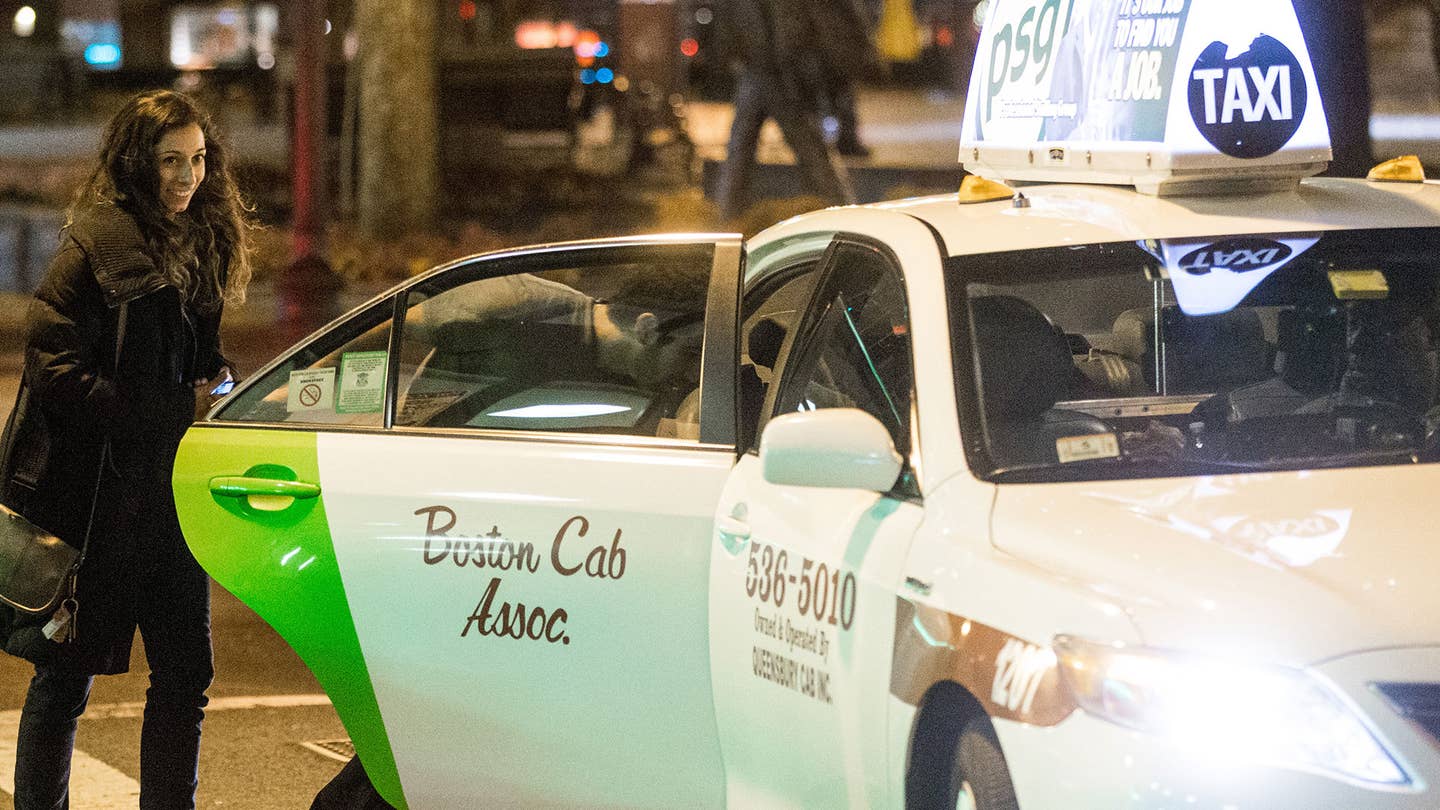 You can't fight the future, but you can tax it. The state of Massachusetts is readying a five-cent tax on Uber, Lyft, and other ride-hailing apps, with the money going to the old-fashioned taxi industry that is rapidly finding itself under fire from the tech-savvy competition.

The bill, which was signed into law by Governor Charlie Baker earlier this month, levies a total tax of 20-cents-per-ride on every app-based ride-hailing trip. Five cents of that will go to the traditional taxi industry; another nickel will go into the state's coffers as part of a transportation fund; and the remaining 10 cents will be directed to local municipalities. Riders will not see the tax on their individual receipts, as the law prevents ride-sharing companies from passing the costs along to consumers or drivers.

According to the law, the money for taxis is intended to help them develop new technologies and capabilities, and help them boost their workforces. The specifics of how the money will be spent, however, still need to be hashed out, state spokesperson Mark Sternman told Reuters.

The law is part of a broader series of measures designed to regulate so-called "transportation network companies," the startlingly-generic name the state of Massachusetts uses to refer to the likes of Lyft, Uber, and so forth. In addition to the taxi tax, the bill will require background checks for TNC drivers, and will regulate toll rates and insurance requirements for the industry; it also clears the way for Uber and Lyft to operate at such popular sites as Boston's Logan International Airport and the Boston Convention Center, albeit under some restrictions.

Massachusetts is the 35th state in the union to impose legal guidelines on app-based ride-hailing companies.

Spokespeople for both Lyft and Uber said the companies were pleased with the legislation, according to The Boston Globe, but others in the industry seem perturbed by the new law.

"I don't think we should be in the business of subsidizing potential competitors," Kirill Evdakov, CEO of Boston-based ride-hailing startup Fasten, said to Reuters.

On the other hand, some in the old-school cab world believe the law doesn't go far enough, claiming it still grants TNCs privileges not afforded to traditional cab companies. Uber and Lyft cars, for example, are not required to submit to regular police inspections the way taxis are.

"They've been breaking the laws that are on the books, that we've been following for many years," Larry Meister, manager of the Independent Taxi Operator's Association, told Reuters.

With Uber and Lyft pulling in roughly 2.5 million rides per month in Massachusetts, the five-cent fee could raise $7.5 million just from the two companies between the start of 2017 and when the law expires at the end of 2021—and that's if neither organization sees any growth between now and then, which seems unlikely.