The next best thing to being doused with a bucket of ice water. 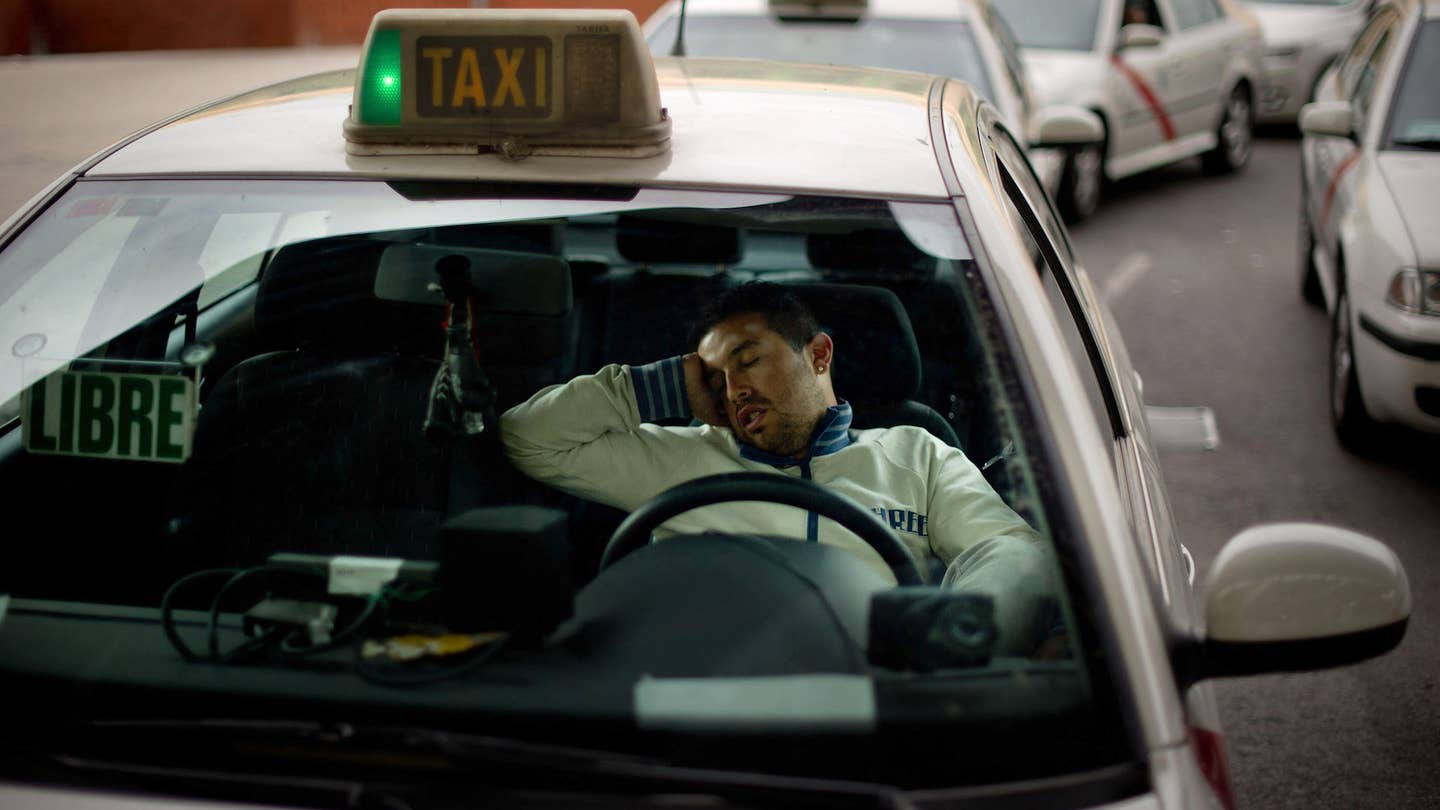 The new Denso system uses a so-called driver status monitor and cold air from the car's air-conditioning system to keep drivers awake if they begin to nod off. The driver status monitor, which consists of a driver-facing camera and an image processor, to make sure the driver remains awake by checking to see if his or her eyes are closing, or if the driver's head begins to slump. If the systems notice the driver catching some Zs, it will shoot cold air at his or her's neck in an attempt to pull the driver back into a safe state to drive. It's like Mercedes-Benz's Airscarf system, but with frigid air instead of a soothing warm breeze.

At the moment, Denso is solely designing these systems to be used in Japan, but this tech could obviously be useful in several other parts of the world. The National Highway Traffic Administration estimates that 100,000 crashes reported to police occur every year because of drivers falling asleep at the wheel, causing an estimated 1,550 deaths and 71,000 injuries.

Denso isn't the first company in the automotive field to work on a hardware solution to drowsy driving. Mercedes-Benz has been equipping some of its cars with a similar feature since the beginning of the decade. The German automaker's Attention Assist function compares how the driver is controlling the vehicle to previously recorded driving habits of the driver and alerts the potentially drowsy motorist to take a break when possible. That system, however, lacks the cold slap of the Denso system; instead, it gently pings its driver with audio and visual alerts.

At the moment, it is unclear what future cars may be equipped with Denso's new tech. But odds seem good that if a brand picks it up, the feature could spread throughout its model range. After all, keeping people from crashing—hey, that's just good business if you're a car company.