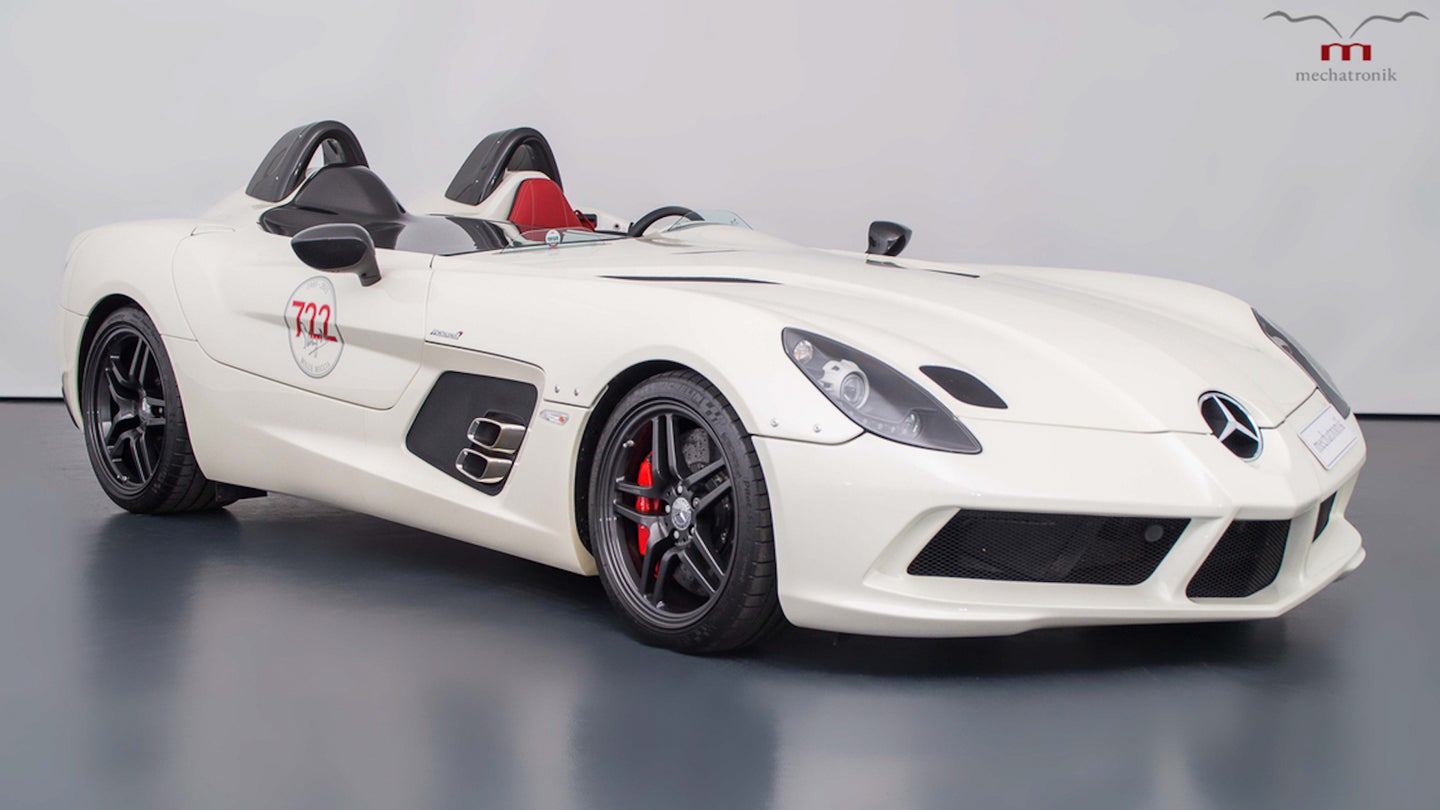 One of the rarest and most coveted Mercedes-Benz models ever made has popped up for sale in Germany, and with a price tag that matches its wild looks. We're speaking about the outrageous Mercedes-Benz SLR McLaren Stirling Moss, of course, which you can now buy for a cool $3 million.

Luxury dealer Mechatronik GmbH has this nearly 10-year-old, 2,548-mile Stirling Moss listed for sale on its site, showing the current price as only available on request. However, a third party listing shows the price to be $3.36 million.

Brand new, the car would have carried a starting price of 750,000 Euros, or $858,890. As with most extremely rare cars, they are worth what someone is willing to pay for them, and since only 75 of these were made, it’s not surprising that the asking price has sky-rocketed. Oddly enough, another one of the 75 examples is also for sale on the third party site for approximately $3.08 million. Back in 2016, Road and Track reported on an example with a price tag just under $3 million, so that would appear to be the current ballpark price.

This car has no windscreen aside from small wind deflectors, for a nearly totally exposed cabin. It is 441 pounds lighter than the previous McLaren SLR models, thanks to a carbon fiber construction and its speedster styling. And surely, the Stirling Moss retains the famous side-exiting exhaust system that breathes out right behind the front wheels.

The supercharged 5.4-liter engine under the hood was upgraded from 617-horsepower and 575 pound-foot of torque to a 651 horsepower and 605 pound-feet, respectively. According to the listing, this allows the car to sprint to 62 miles per hour in 3 seconds and reach a top speed of 217.

The Stirling Moss is named after the British Formula One race car driver and International Motorsports Hall of Fame inductee: Sir Stirling Moss. It is a special edition of the original Mercedes-Benz McLaren SLR, the line built by Mercedes and McLaren from 2003-2010.