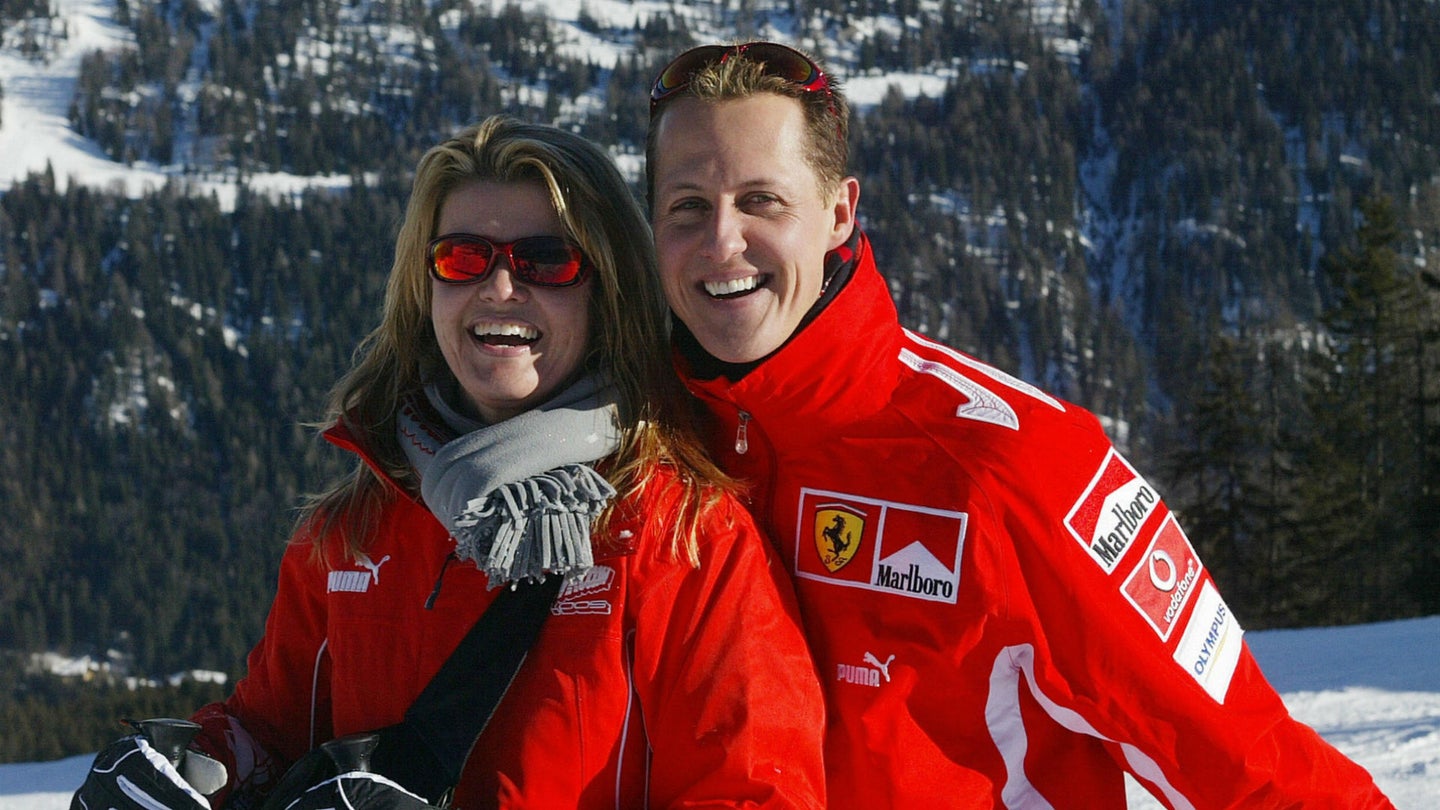 Although seven-time Formula 1 champion Michael Schumacher has lived secluded from the media since suffering near-fatal trauma in a 2013 ski accident, his family continues to live in the public eye. His son Mick, 20, is a Formula 3 champion and Ferrari junior driver while Michael's daughter Gina, 22, is an accomplished equestrian. Both children have spoken with media in the time since their father's accident, but wife Corinna Schumacher recently gave her first interview in over six years with Mercedes' She magazine, praising her husband for always supporting her interests and endeavors.

Corinna spoke of when she traveled with Michael to purchase her first horse; this kickstarted a new lifestyle for the family as they now own 40 of the animals.

"When I was 30, I very much wanted to have a horse and Michael went with me to Dubai, where I intended to buy an Arabian horse," she told the magazine.

"He did everything for me. I will never forget who I have to thank. That would be my husband Michael."

She continued to mention that Michael would also take care of the chores related to keeping so many animals, such as mucking out stalls. This all took place at the family's horse ranch in Switzerland, which they still own today after Michael bought it in 2005 as a gift for their 10th wedding anniversary. Now, Gina competes in events at the estate and has taken home several medals.

"I am glad that I have such a great team that keeps everything going. I feel the greatest pride when I see Gina," Corinna explained. "What she has already achieved and how much fun she is—that makes me happy."

She then added that she was upset when Michael said Gina would one day become better than her at the sport, although he gave the reason that Corinna was "too nice" while Gina could "say no sometimes." Apparently, this is one of many lessons that Michael offered in patience and perseverance.

Corinna didn't give any updates on her husband's health status, although the family did issue a statement on Michael's 50th birthday this January.

"You can be sure that he is in the very best of hands and that we are doing everything humanly possible to help him."

"Please understand if we are following Michael's wishes and keeping such a sensitive subject as health, as it has always been, in privacy."

"At the same time, we say thank you very much for your friendship and wish you a healthy and happy year 2019."

Michael supposedly started a "secret treatment" in Paris this September for his condition following a stint at a Texas hospital with top-tier specialists. He is reportedly no longer bedridden and was said to be watching racing on television with former boss Jean Todt earlier this year.