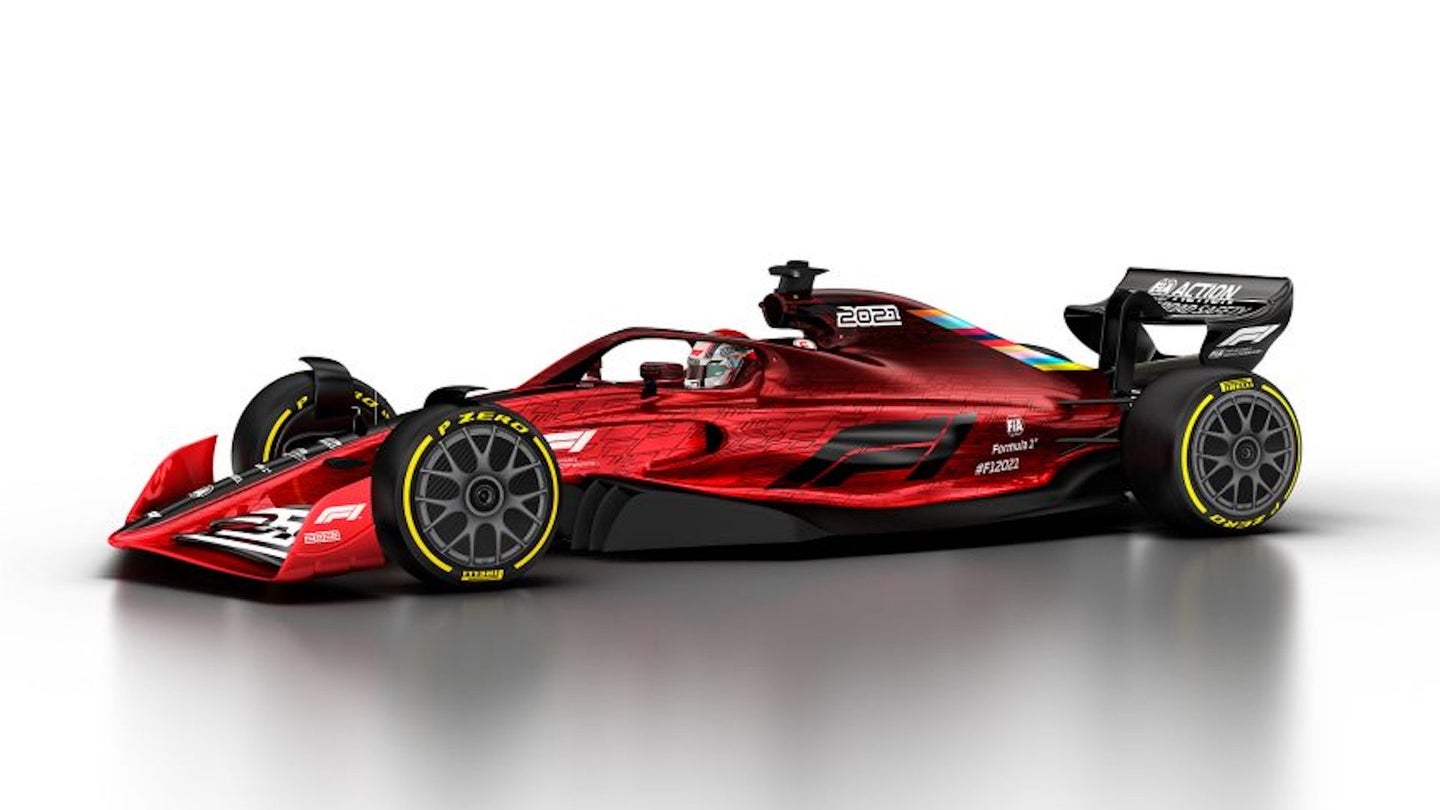 In 2021, Formula 1 will undergo a revolutionary change that its governing body, the FIA, hopes will slash operating costs, increase competition, and most importantly, make every race a nail-biter from the green flag to the checkered.

To do that, the pinnacle of open-wheel racing needs a way to level the playing field so its biggest spenders don't run away with the championship every season, as they have since the sport's inception. F1's answer to that problem is a strict budget cap of $175 million per 21-race season, plus or minus a million for every race over or under that count. That's less than half of what top dogs Scuderia Ferrari, Red Bull Racing, and $400 million-a-year Mercedes-AMG tend to spend each season, but still more than what smaller outfits like Haas have at their disposal.

Cost reduction will be achieved in part by limiting expensive development programs, and in part by increasing the proportion of standard parts in F1 cars. This doesn't mean Indycar-esque spec aero; but only that smaller, less consequential but still costly components will no longer be designed at each team's discretion. Come 2021, some of the assemblies that will be roughly the same (if not identical) on all cars will include hub and wheel retention systems, new 18-inch wheels, fuel system parts, and later on, spec brakes.

Obviously, cheaper racing doesn't inherently mean more competitive if F1 cars still have to deal with the demon that is downforce-stripping dirty air, and the FIA has a The Drive-endorsed solution to that problem: Ground effect. Banned since 1983 out of then-relevant fears that cars were becoming too quick, ground effect means, in layman's terms, turning the entirety of the car's main chassis into a wing, one less susceptible to disrupted airflow and less capable of generating an invisible aerodynamic wake.

A graph of CFD data released by the FIA implies that cars will lose drastically less downforce when closely following one another, allowing for closer, more competitive racing. If this solution works as intended, then F1's potential 25-race calendar (which could include Miami) won't be one to miss.