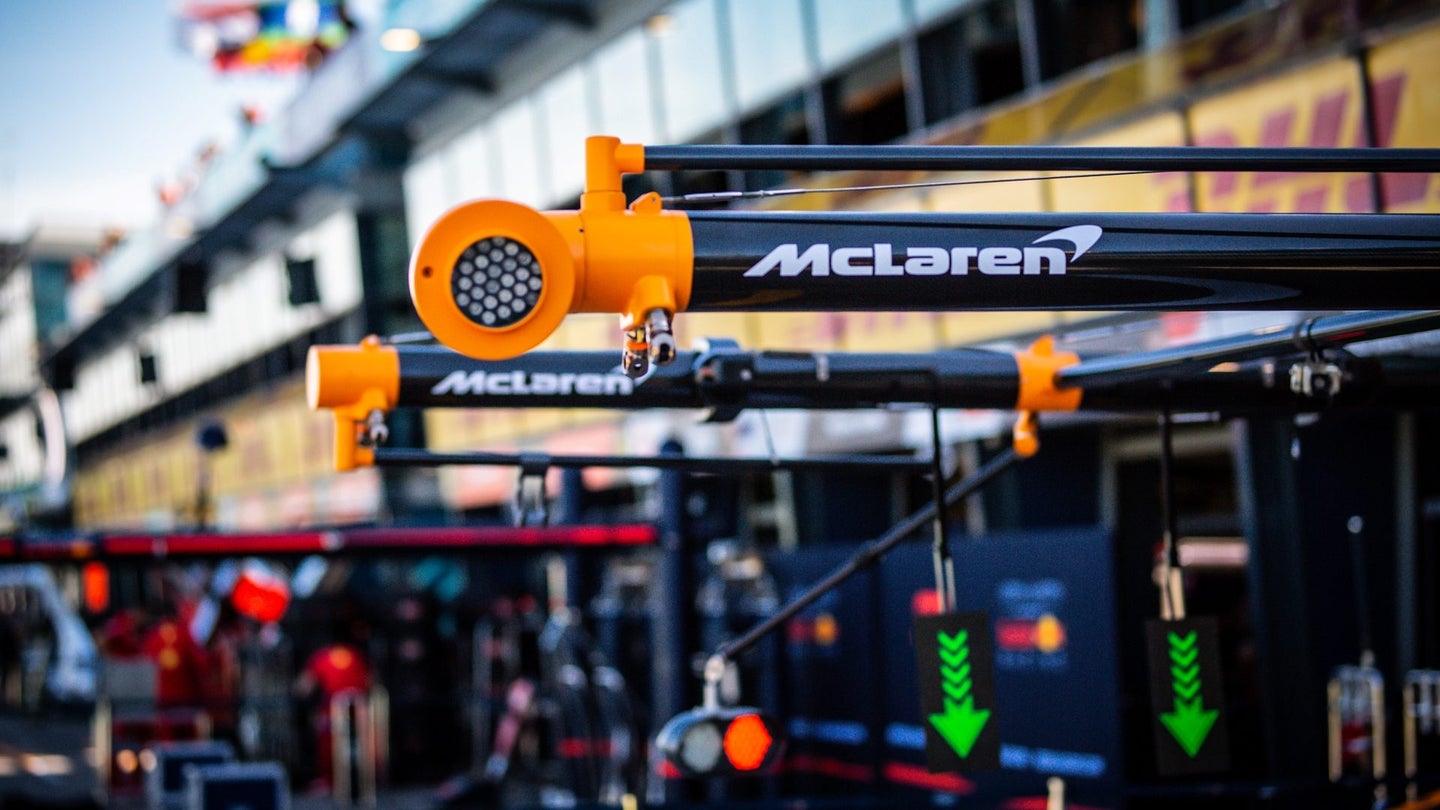 UPDATE 8:02 P.M. ET: Formula 1 and the FIA have officially canceled the Australian Grand Prix. All tickets will be refunded.

"Following the confirmation that a member of the McLaren Racing Team has tested positive for COVID-19 and the team’s decision to withdraw from the Australian Grand Prix, Formula 1 and the FIA convened a meeting of the other nine team principals on Thursday evening. Those discussions concluded with a majority view of the teams that the race should not go ahead.

"We appreciate this is very disappointing news for the thousands of fans due to attend the race and all ticket holders will receive a full refund and a further announcement will be communicated in due course.

"All parties took into consideration the huge efforts of the AGPC, Motorsport Australia, staff and volunteers to stage the opening round of the 2020 FIA Formula One World Championship in Melbourne, however concluded that the safety of all members of the Formula 1 family and the wider community, as well as the fairness of the competition take priority."

The coronavirus pandemic's effect on the world of motorsport is showing no signs of slowing down as we are now learning that the Formula 1's season-opening Grand Prix in Australia scheduled for this weekend is all but confirmed to be canceled. As of this writing, no official announcement has been made by Formula 1 or the FIA but BBC Sport, Sky Sports, and other major outlets are citing two "senior Formula 1 sources" in saying the race in Melbourne will not go forward. An official statement is expected soon.

The news comes after one McLaren team member tested positive for COVID-19, causing the Woking-based racing team to officially withdraw from the Australia event. In response, F1 and the FIA took to Twitter to say they have been "coordinating with all the relevant authorities on the next steps" and that their "priority is the safety of the fans, the teams, and all personnel at the race." The organization has previously said that it would cancel any races if any one team is unable to travel there due to coronavirus.

From the report, F1 and FIA officials came away from a Thursday night meeting agreeing to continue with Friday practice but by 2 a.m. local time, the race was understood to be canceled after several "insiders" including a number of drivers expressed concerns.

If you're shaking your head at the racing series for not officially canceling the race sooner, you're not alone. When asked in a Thursday press conference whether he was satisfied with how F1 has handled the coronavirus situation thus far, defending world champion Lewis Hamilton responded, "I am really very, very surprised that we’re here. I think motorsport is…I think it’s great that we have races but for me, it’s shocking that we’re all sitting in this room...Some people, as I walked into the paddock, some elderly individuals. It’s a concern, I think, for the people here. It’s quite a big circus that’s come here. So it’s definitely concerning for me. So, no, is your answer."

When pressed as to why exactly the race, officially at least, still appears to be happening, Lewis said, "Cash is king. Honestly, I don’t know. I can’t really add much more to it. I don’t feel like I should shy away from the fact of my opinion. The fact is we are here and I just urge everyone to be as careful as you can be."

F1's next race in Bahrain has already banned live spectators, making it the first F1 race in history to be held without a real audience—assuming it continues to go forward at all—while the Chinese Grand Prix has been postponed.

The Drive will continue to monitor the situation and update this story if or when the FIA issues an official statement or anything changes.