The young man lost his life following a tragic accident while practicing for a kart race in Spain. 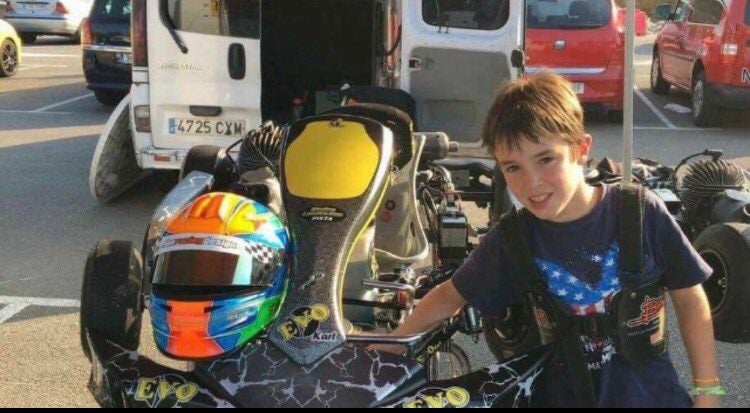 11-year-old Gonzalo Basurto Movila died as a result of injuries sustained in a karting accident over the weekend. The accident happened at Fernando Alono's Karting Circuit in Spain.

El Comercio reported that the young driver was taking place in a private practice session on Saturday ahead of the Asturian Karting Championship race scheduled for Sunday. Movila collided with another kart and was overturned, with the kart landing on top of him. Following the accident, the race was cancelled.

After being resuscitated twice at the track, Movila was transported to a local hospital. Sadly, Movila succumbed to his injuries and passed away on Sunday.

El Comercio subsequently said that a team of psychologists have been on hand to help the other young karters who raced with and knew Movila.

Spanish motor racing has awakened this morning with the sad news of the death of Gonzalo Basurto Movila, who yesterday suffered a serious accident in private practice before a test of the Asturian Karting Championship.

The Spaniard driver, 11 years old, left us in the early hours of this morning, after not being able to overcome the consequences of the fatal accident.

The Royal Spanish Federation of Motorsport wants to show its most absolute pain and dismay at the loss of Gonzalo, while thanking the gestures of affection and sensitivity received from all areas of our sport.

In the various competitions held today are spontaneously making homage to the figure of the young driver, as a sign of the irreparable pain that leaves its loss and the union of the whole family of motorsports.

From the RFEdeA, in coordination with the Automobile Federation of the Principality of Asturias and with the FIA, we are working on the analysis of this tragic accident and, later on, to be able to offer a more complete information of the event.

Likewise, this entity thanks the respect and sensitivity with which the sad news is being addressed, reiterating the total support of the Spanish motorsport to the relatives and friends of Gonzalo. Our deepest condolences. Rest in Peace, Gonzalo.

Fernando Alonso, who is at Barber Motorsports Park to observe the IndyCar Grand Prix of Alabama, woke up to news of the tragedy. Alonso tweeted "I wake up early in the morning in one of the saddest days. Shattered. From here, a big hug to the family of Gonzalo and all karting."

We at The Drive offer our most sincere, heartfelt condolences to the Movila family and all those affected by this tragic loss.