This racing kit took heavy inspiration from the Jaguar D-Type for an 800th of the price of the famous Jag. 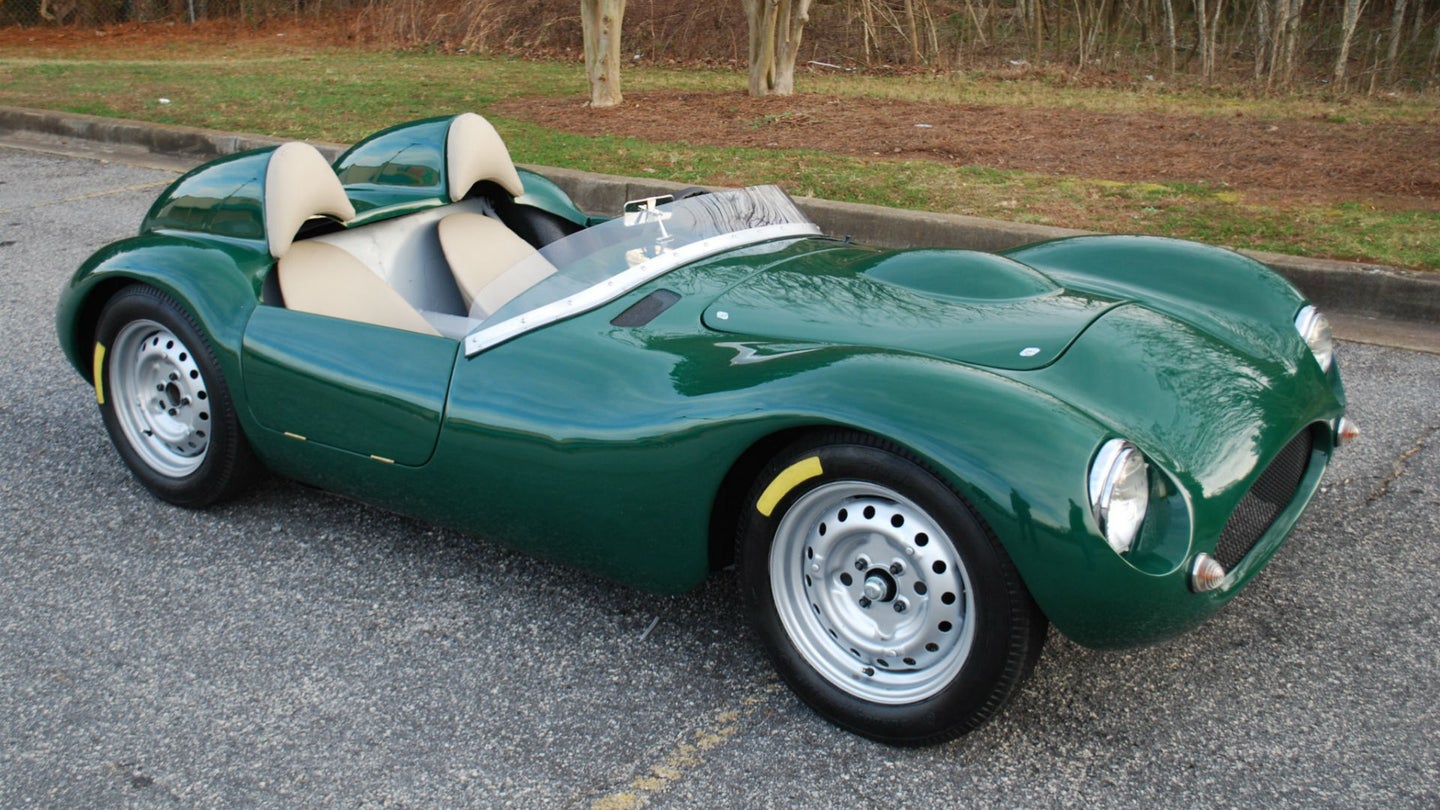 If you're the type of person who loves 1950s British race cars but can't afford to shell out more than $12 million for a Jaguar D-Type, we've found a 1957 Falcon MKII Competition on Bring a Trailer that makes a much more affordable alternative ($22,000 at the time of writing).

This Falcon MKII Competition was a factory-built kit car with an impressive (but unsuccessful) racing history. It finished 19th at Daytona and did not finish at Cumberland in 1961, as well as making an appearance at Silverstone a year prior. The seller has owned the car for 15 years, recently giving it an extensive restoration.

The works racer is finished in iconic British Racing Green, featuring a "Terrier" tube frame chassis designed by Len Terry (designer at Lotus). Most of the controls are original, but the gauges and steering wheel are new and the car has had a horn and turn signals installed to make it street-legal. A 997cc 4-cylinder from a Ford Anglia provides power through a 4-speed manual transmission, and it sounds pretty good in this video.

These race cars were built by Falcon Shells, an Essex, England-based manufacturer of fiberglass bodies and kit cars. The MKII Competition variant was originally sold as a complete kit for about $760 (in 1960s money that is). The cars were heavily influenced by the D-Type, featuring the iconic shape that defined the legendary Jaguar racer. 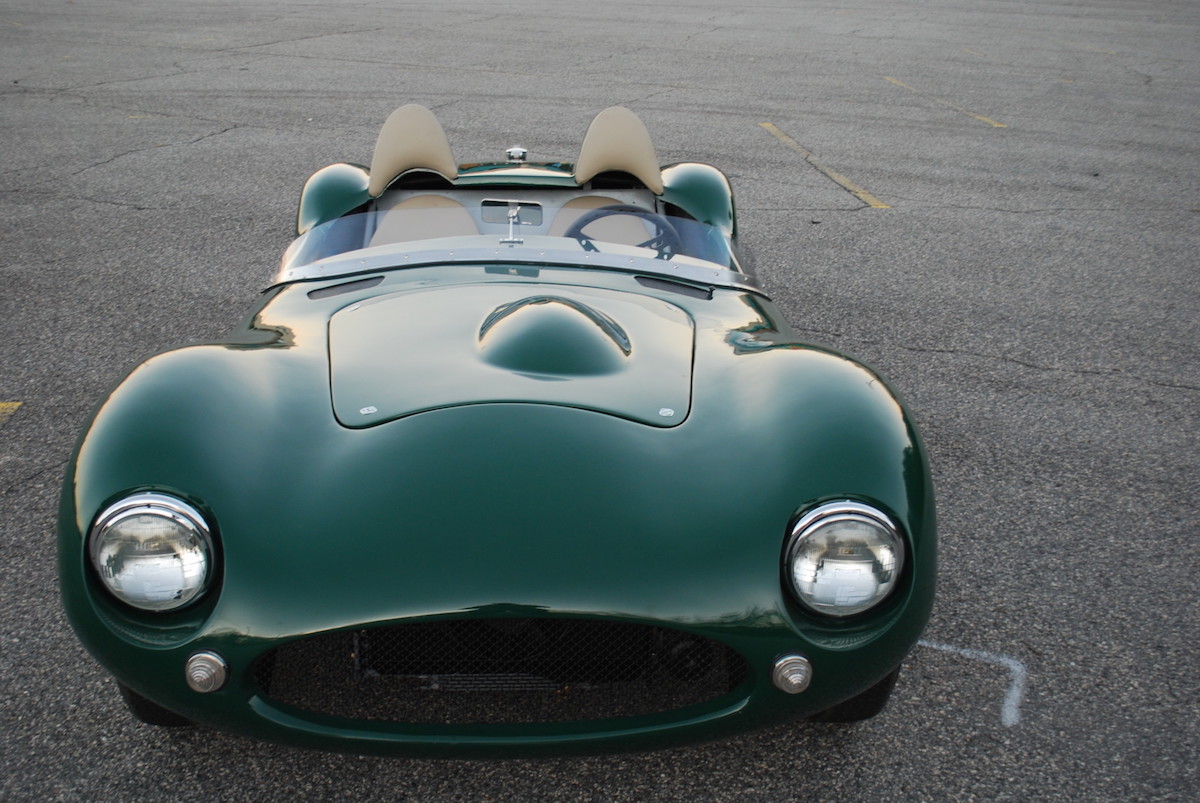 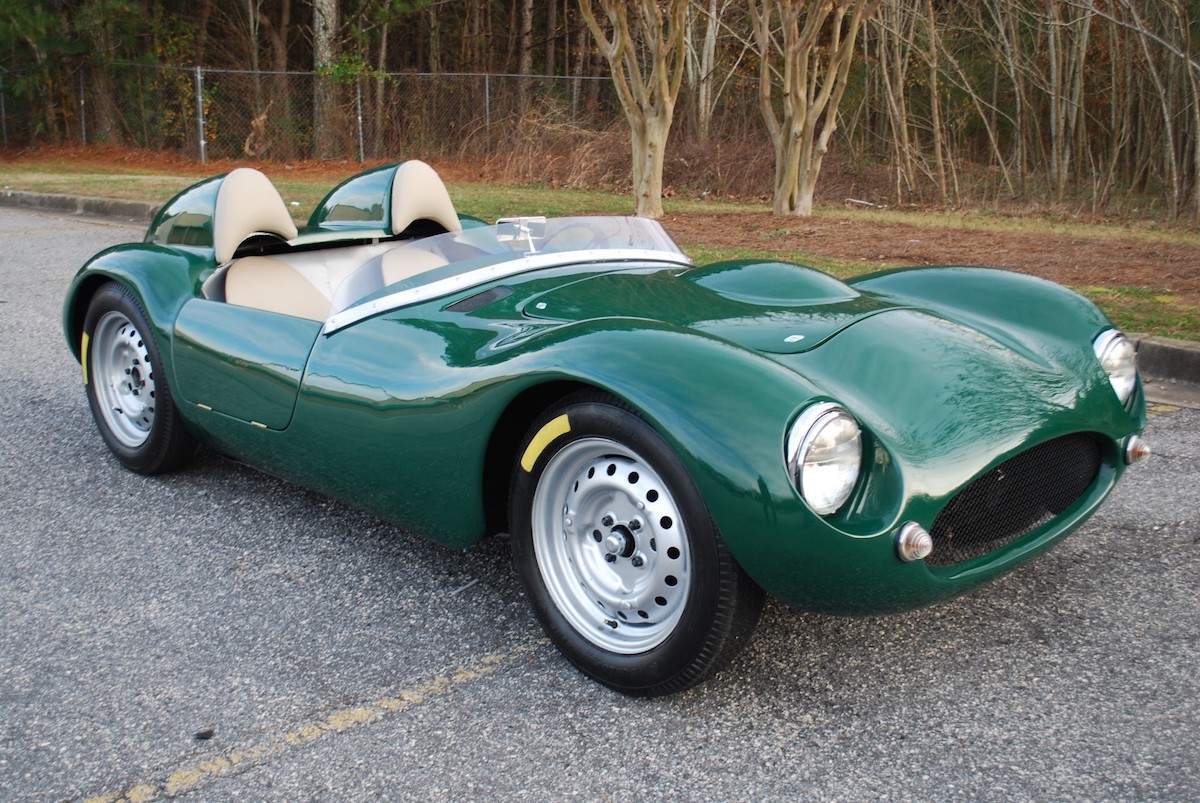 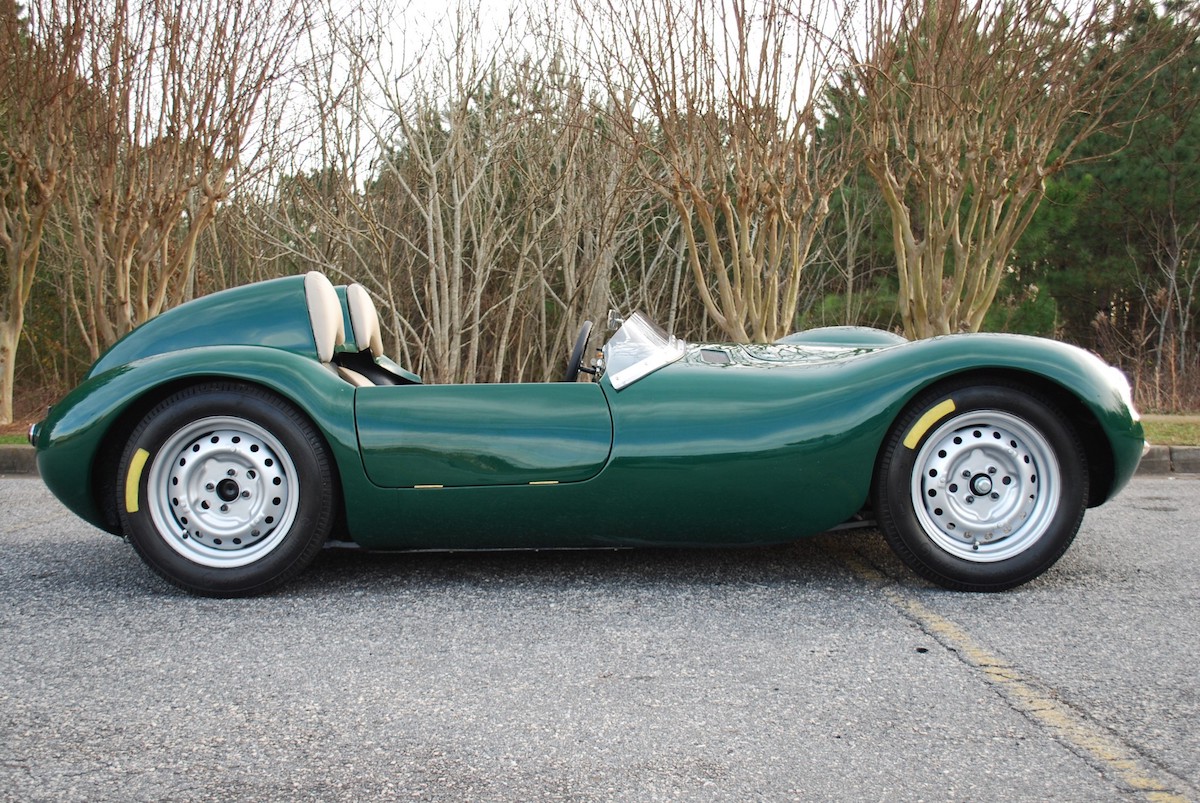 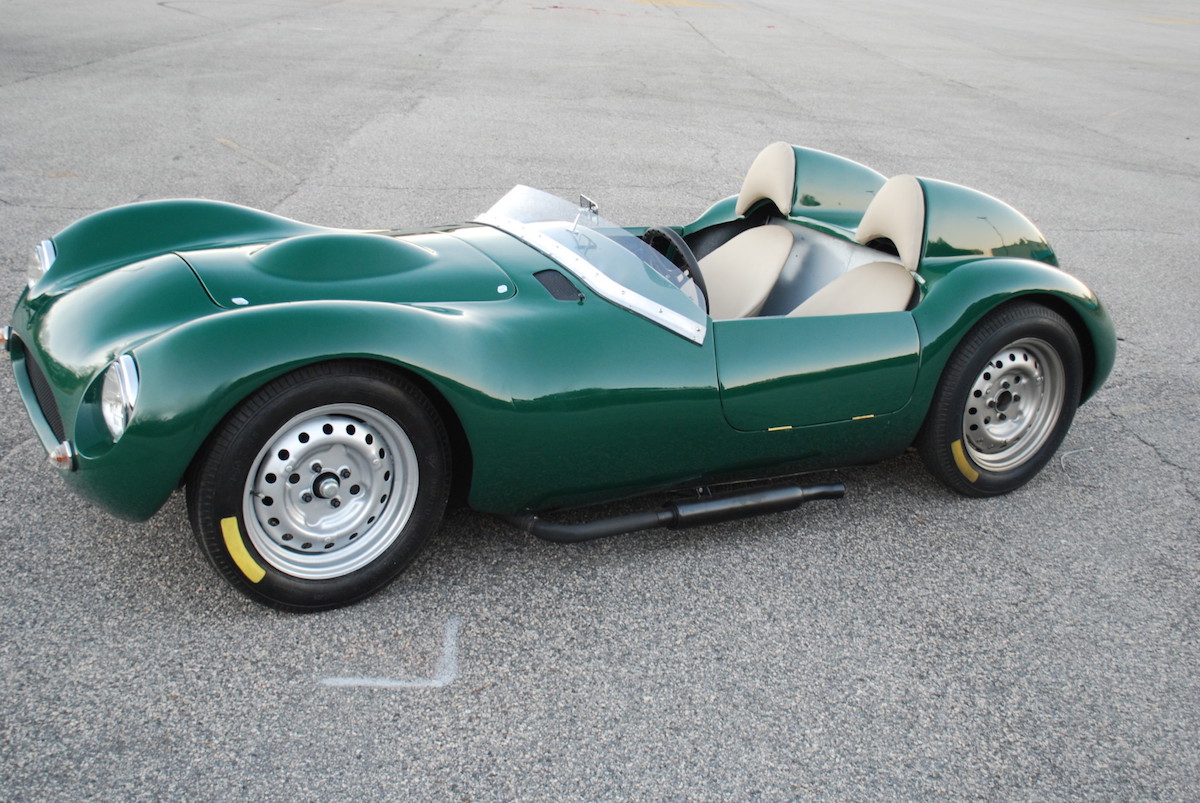 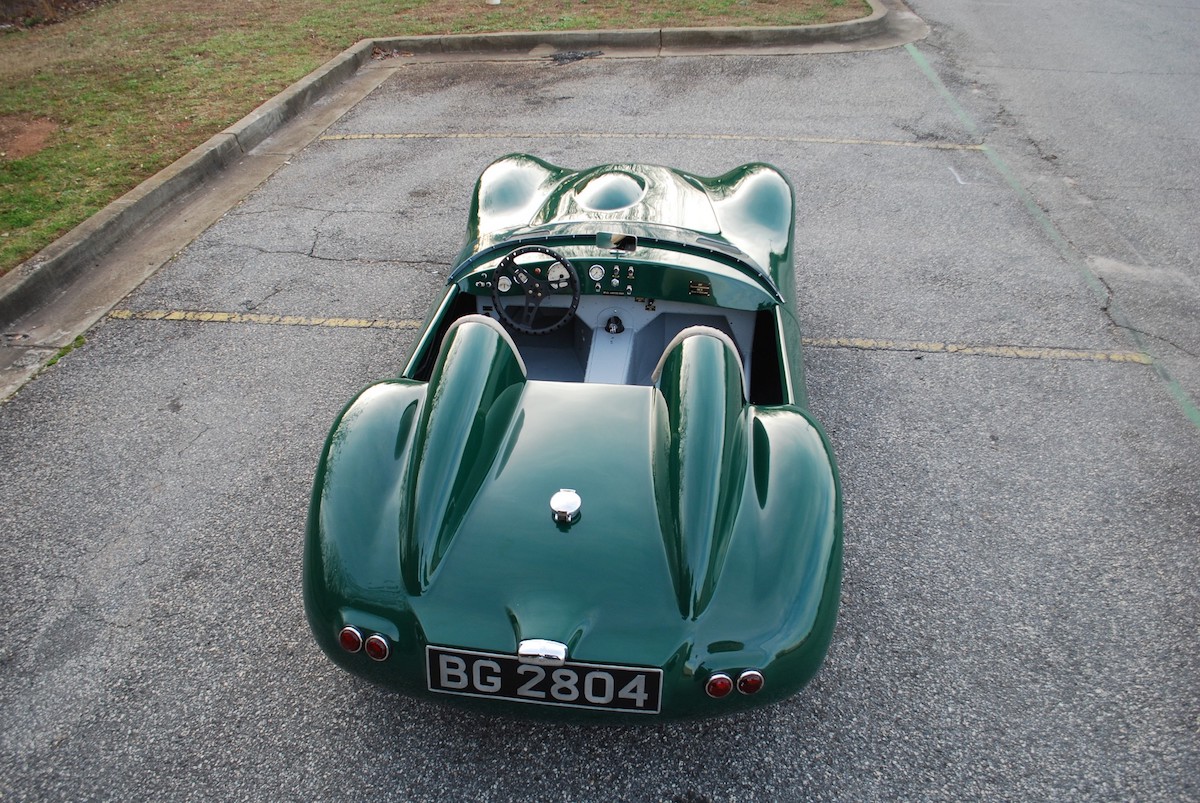 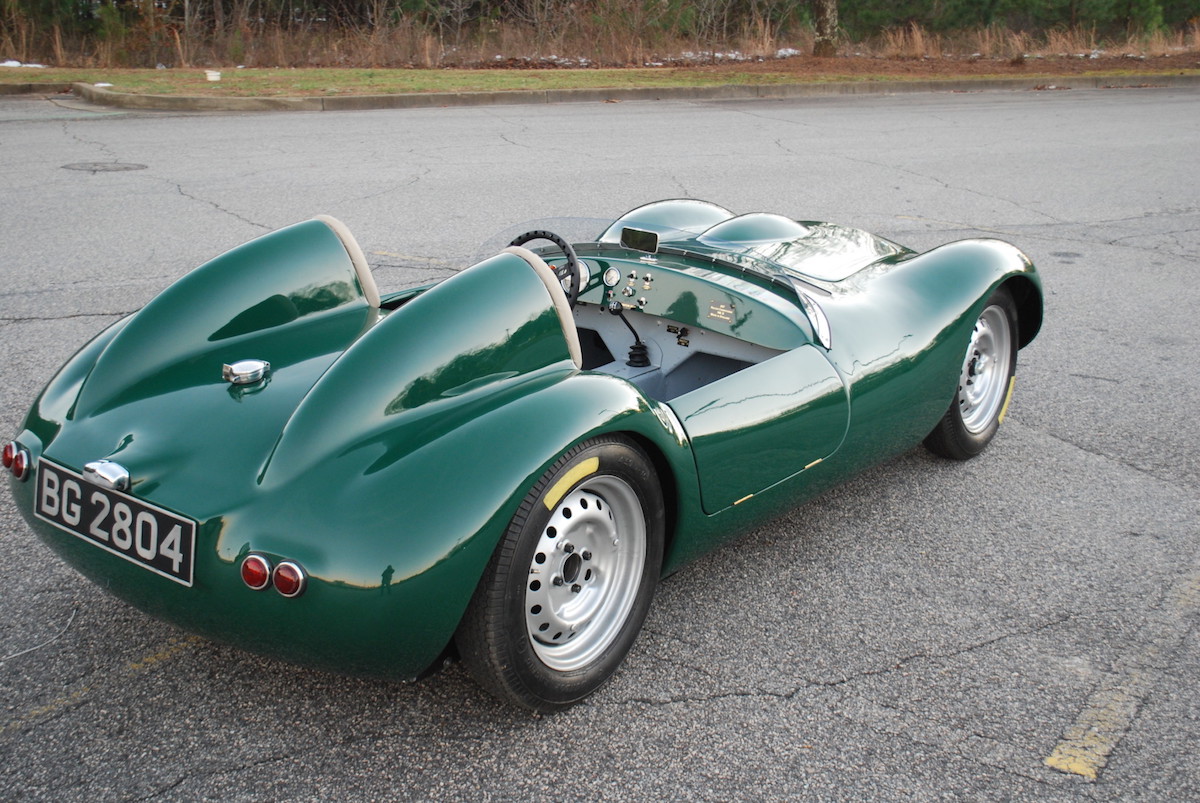 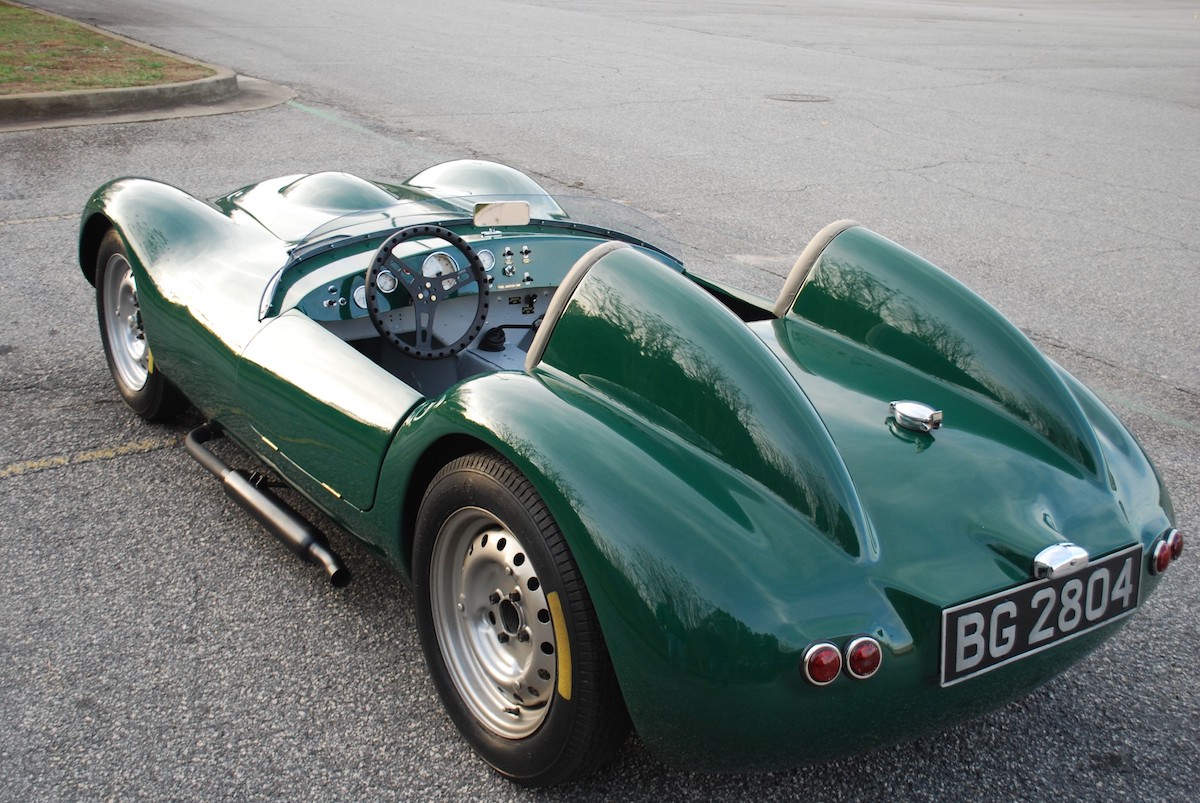 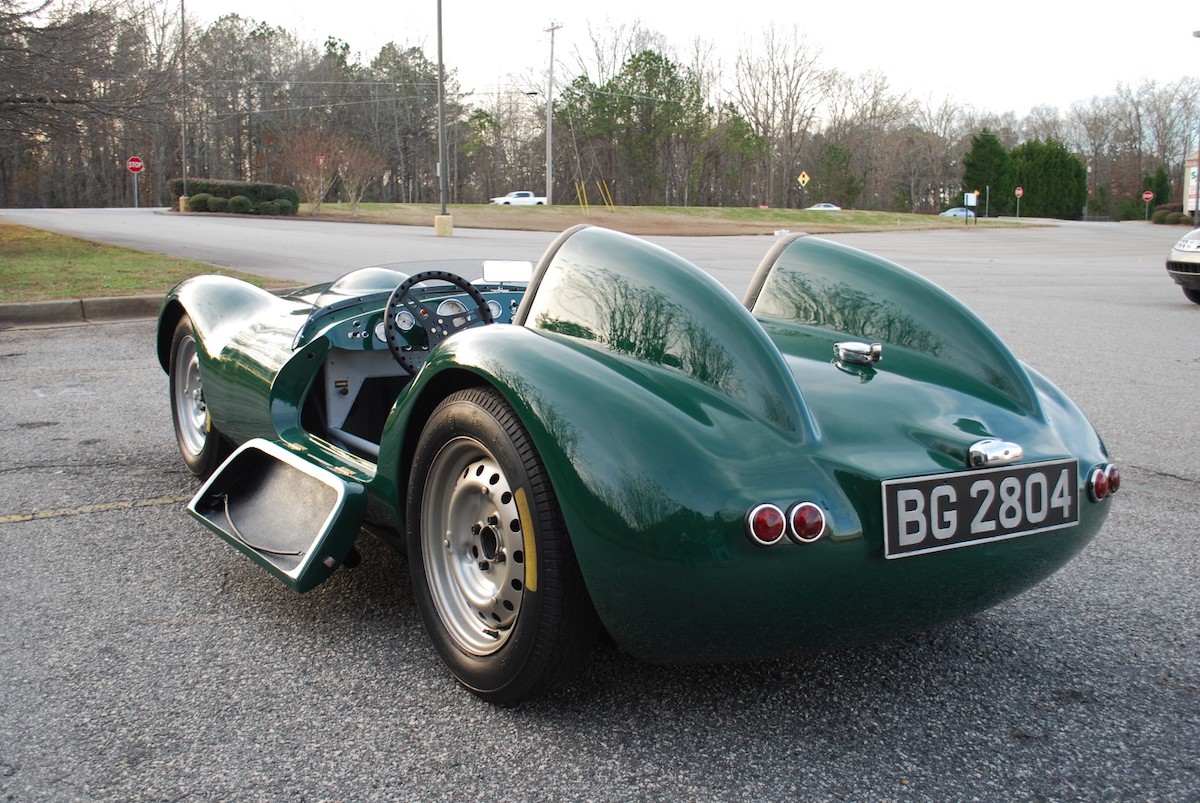 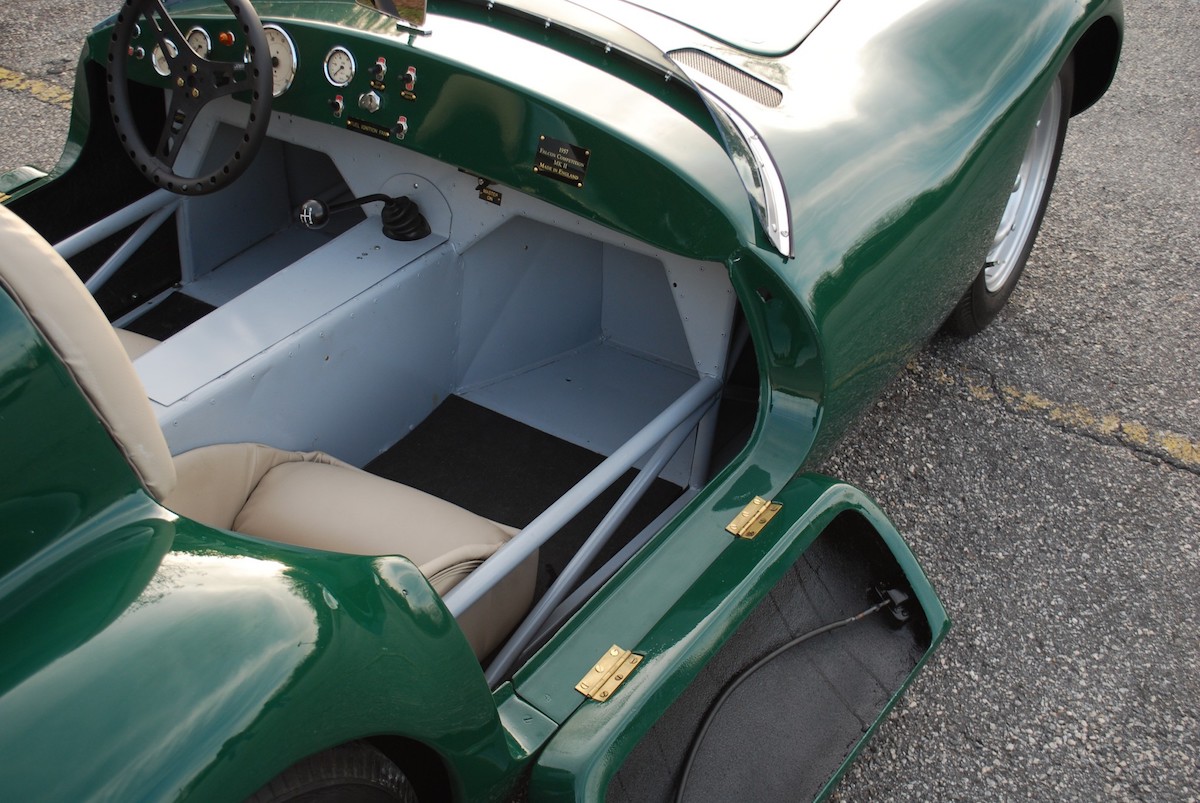 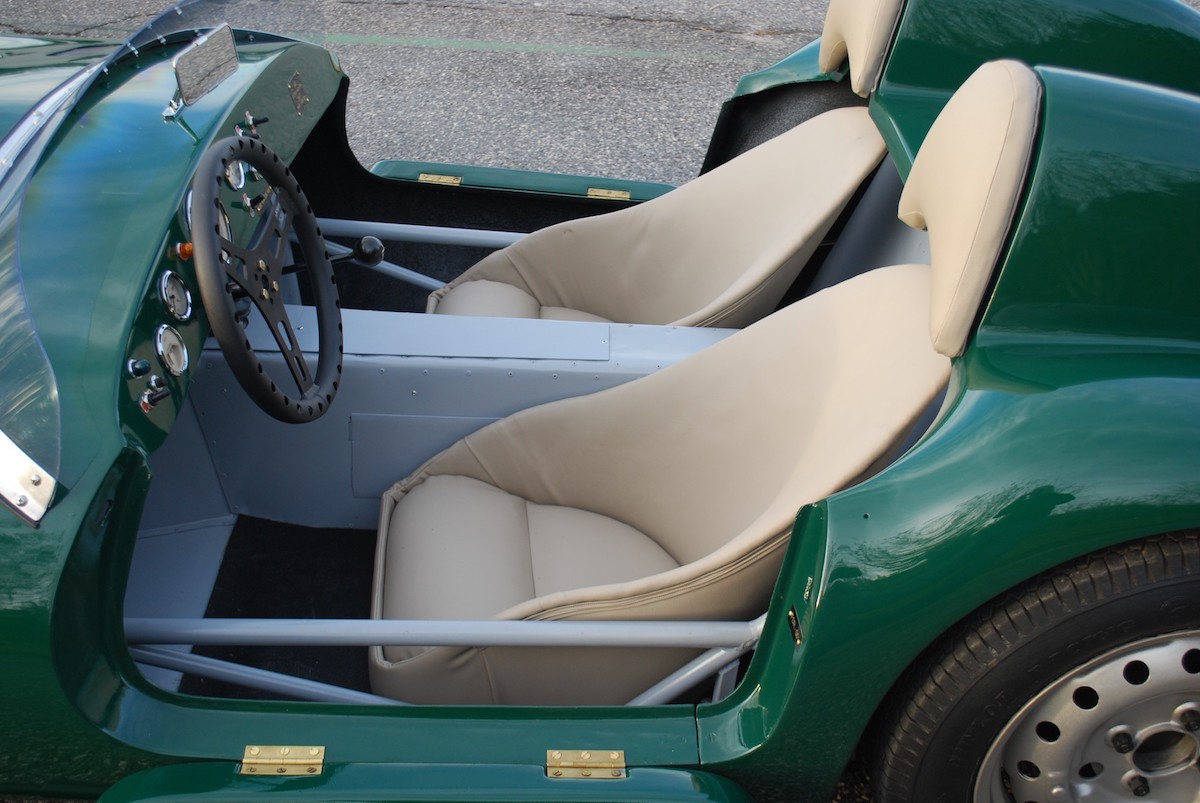 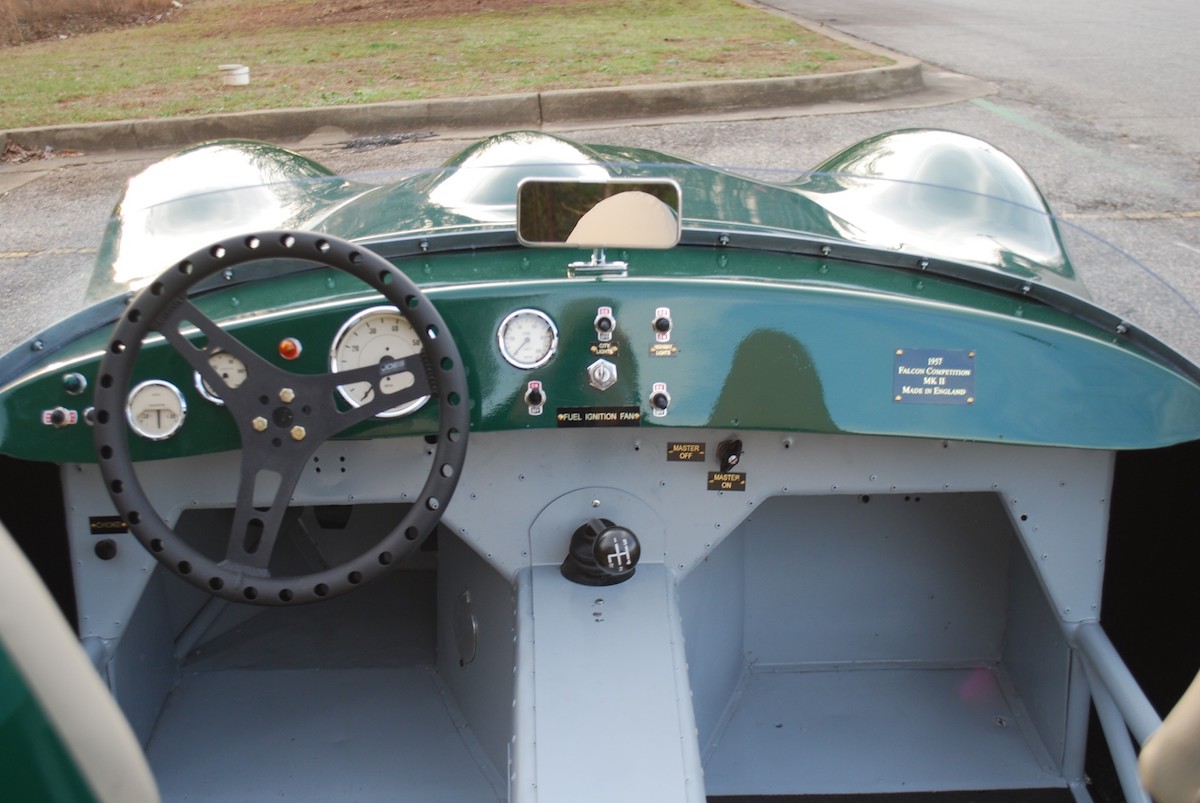 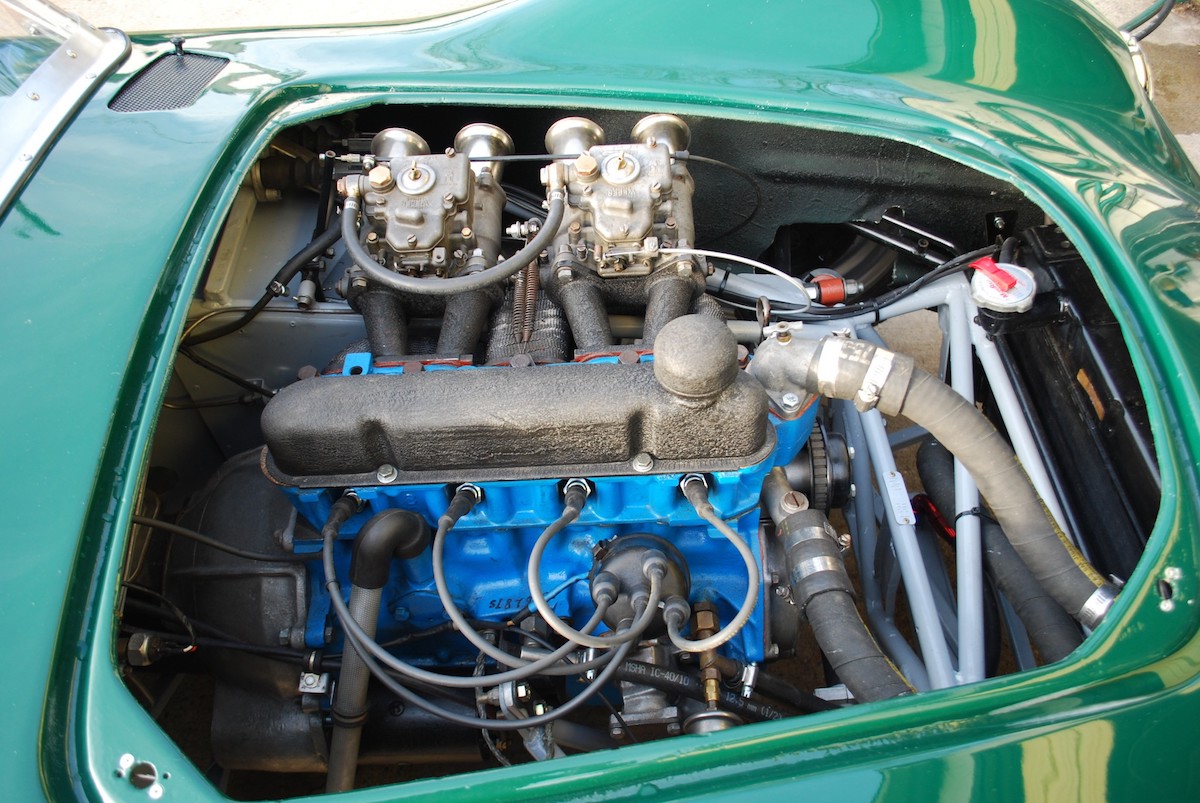