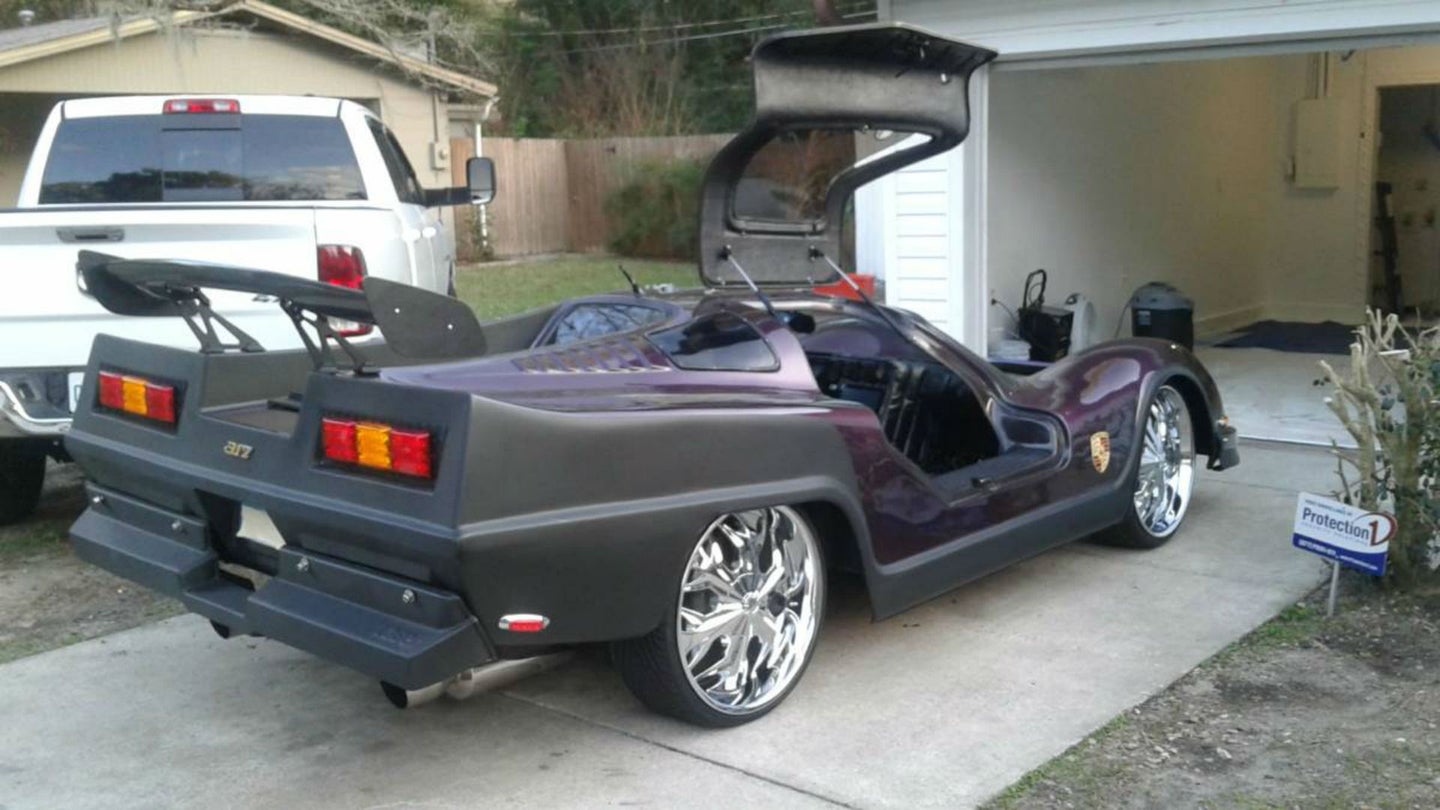 Craigslist is a constant in the world of car-guy entertainment. A combination of rare finds and terrible cars make it the true melting pot of the gearhead web. From former Pimp My Ride-mobiles to homemade Frankenstein cars, Craig & co. host some head-scratchers. However, this so-called Porsche 917 "replica" trumps them all, earning our unofficial title of "Ugliest Craigslist Find: 2017."

The car has more angles and edges than a a piece of abstract art. If you saw it on the street, you'd probably run away. Gaudy blade-style wheels wrapped in extremely low-profile rubber fill the arches, but the rest of the car would probably fall apart at speed before the tires blew out. The ad says it's got new everything, including new brakes, a "real" carbon fiber rear wing, and even a coveted Optima Red Top battery.

Mysteriously, the listing lacks a picture of the car's front. For that we give thanks.

The interior is packed with early 2000s tuner style decor, albeit with bluetooth functionality and up-to-date navigation. A 10-inch center touchscreen takes up a majority of the dash, and the terribly rice-y steering wheel mated to the column doesn't help the car's tasteful-o-meter. Making an entrance to the cabin is a spectacle as well thanks to the gullwing doors and seller-described "carbon fiber racing seats."

It looks to be powered by an air-cooled Volkswagen engine, and the listing says it's got just over 4,000 miles on it. That makes it significantly less powerful than the Le Mans winning car it emulates ever so loosely. But credit for trying.

Since we're only halfway through 2017, there's still plenty of time for another car to knock this one off its podium—though we kind of hope it stays atop the ladder. There might not be enough room on the internet for two cars as horrible as this, but if you spot it, make sure to send us your tips so we can compare the two.