Ecclestone: ‘Democracy Has No Place in Formula 1’

Bernie’s at it again. 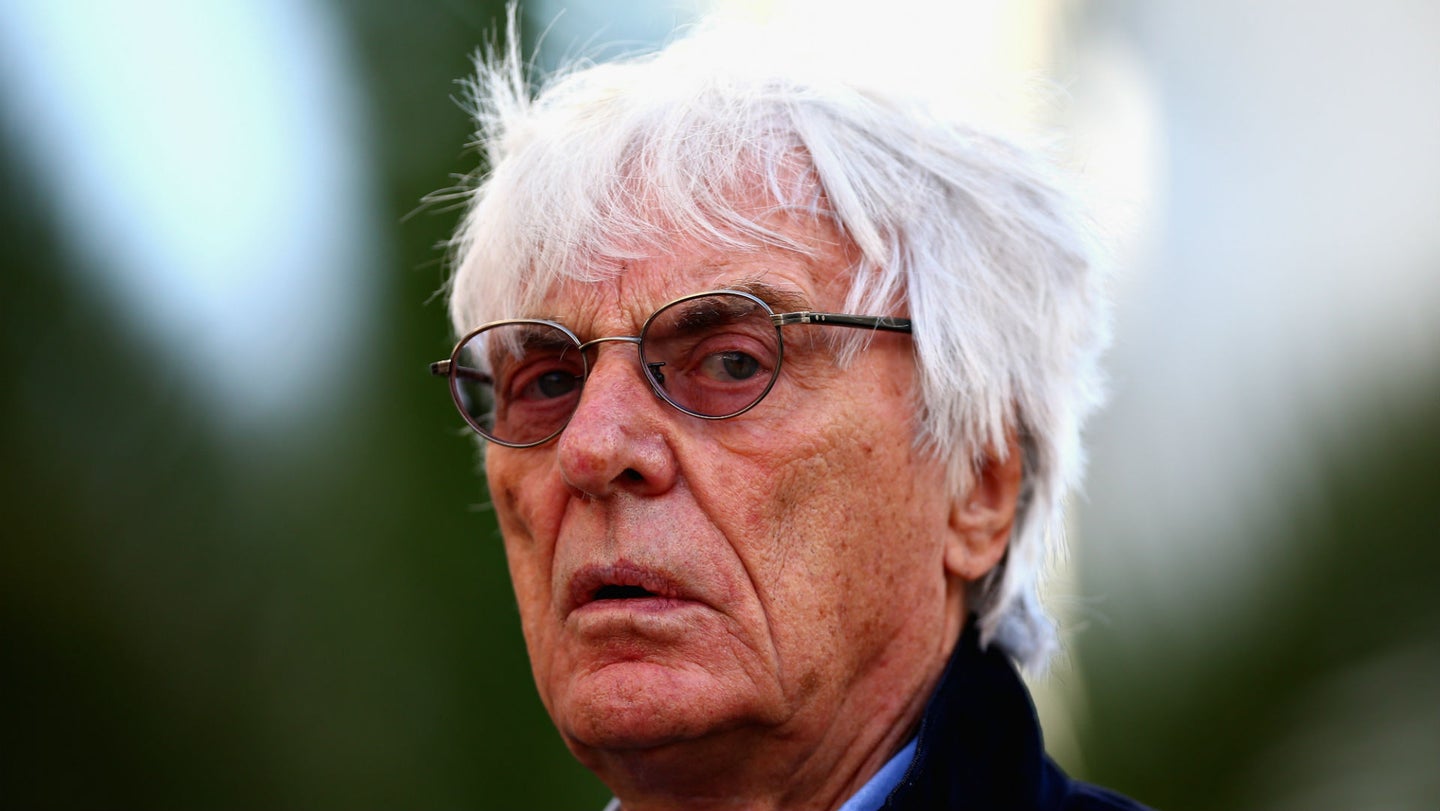 Bernie Ecclestone has never been one to shy away from opinions, and as several Formula 1 teams are currently at odds with the series' new owner Liberty Media, he's weighed in once again with his often-skeptical two cents. The ex-F1 supremo has watched drama unfold during his first season without operating interest in the sport in four decades, extending advice and plenty of criticism to Liberty's Chase Carey and company. Now, with the Formula 1 offseason well underway, he's looking to prove the point that there is no room for leniency in the top tier of motorsport.

In an interview with Swiss newspaper Sonntagsblick, Ecclestone offered up his viewpoint on the latest problems between series officials and the likes of Mercedes and Ferrari.

"Democracy has no place in Formula 1. The new owners will soon realize this because so far they have achieved nothing,"

The 87-year-old billionaire then took a stab at Maranello's latest spectacle within the organization. Ferrari CEO Sergio Marchionne and team boss Maurizio Arrivabene have been largely outspoken in regards to their opposition to recently proposed engine regulations. According to the powerful duo, these rule changes are unnecessary and will cause unneeded development costs beyond the already expensive operating expenses.

"That old game," Ecclestone said. "If they don't win, there is usually panic. (Former FIA president) Max Mosley and I could write a long list of all the times we helped Ferrari, but they always deny it."

While still considered lax in relation to Ecclestone's regime, Liberty has put its foot down in recent weeks. After facing complaints about a $43 million drop in the profit pool, brand CEO Chase Carey told teams that there are "no free lunches" when it comes to advancing the sport's global popularity. While it may not be as scandalous as the seemingly-regular events that happened under Bernie's rule, tension is certainly starting to rise within Formula 1.

A story of a world champion, Formula One supremo, and the Apartheid.

His job’s been taken over…but he’s still kicking around.