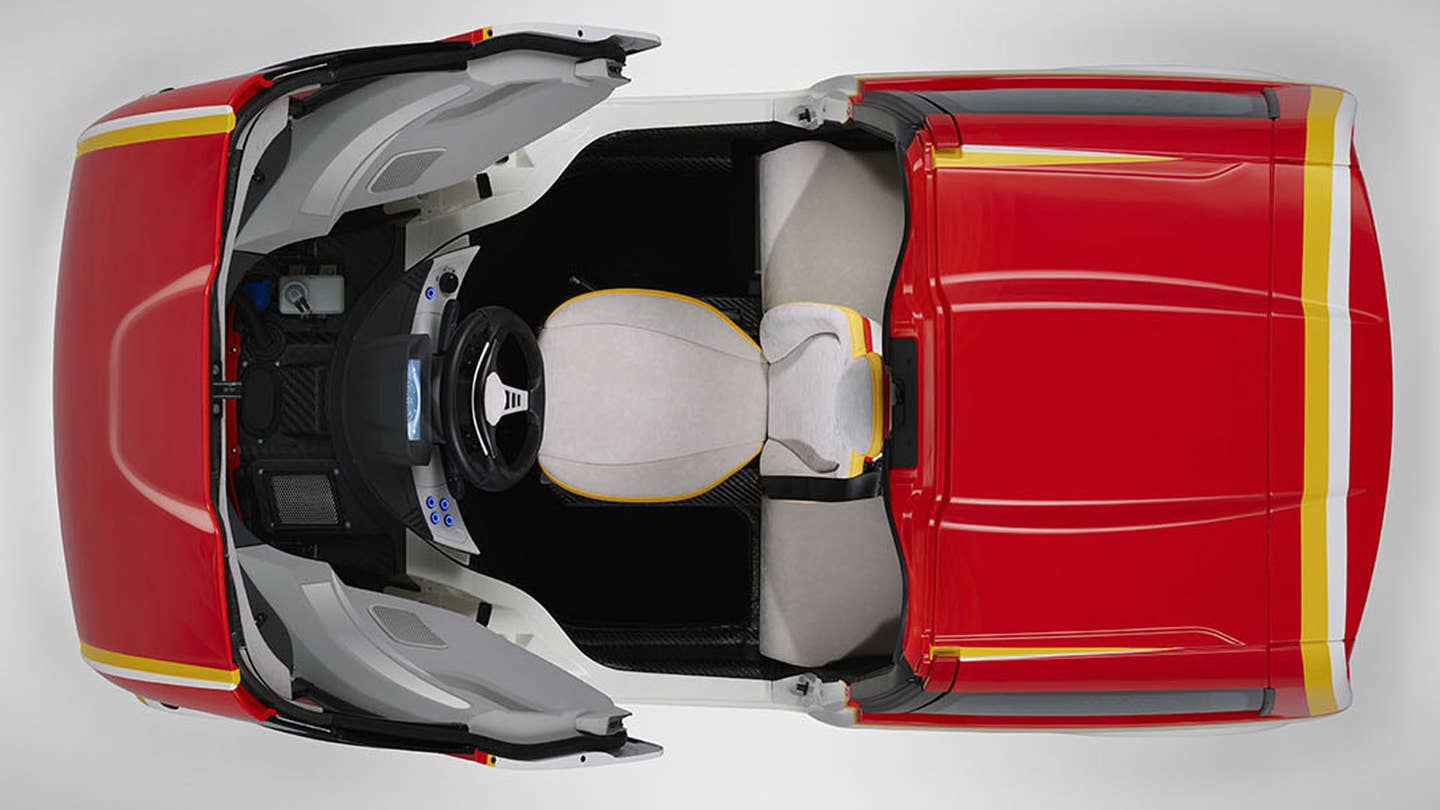 Professor Gordon Murray, engine designer Osamu Goto, and Shell Oil Company have a history together that makes them unlikely partners for a revolutionary, frugal city car. In the late 1988 Murray was technical director at the McLaren-Honda Formula 1 team, Goto was the engine boss at Honda, and Shell formulated the team’s lubricants. Thirty years ago they created the McLaren racers responsible for the glory days McLaren is currently trying to recapture. Now they are the minds behind the T.25S, a high-mileage urban jitney that showcases the efficiencies achievable when oils, greases, and fuels are designed alongside a car instead of merely added later.

Murray revealed his three-seat T.25 city car in 2010. Built with his iStream production process employing composite panels bonded to a steel frame, it weighed 630 kilograms (1,386 pounds), and the low-viscosity lubricants Shell created for it reduced consumption by 6.5 percent. In a driving contest from London to Brighton the T.25 returned 97 imperial miles per gallon (81 US mpg).

In 2015 Shell approached Gordon with the idea of “a complete rethink” of the T.25, enlisting Goto’s Swiss-based consultancy Geo Technology for a venture called “Project M.” The aim was a “step change” in all aspects of vehicle development. The result is the T.25S.

Murray’s design firm got weight down to 550 kg (1,210 lbs) by honing every detail, and using recycled carbon fiber instead of composite panels in the iStream manufacturing process. Moon hub caps, spats on the rear wheel arches, and a redesigned undercarriage lower the coefficient of drag from 0.37 to 0.29 – pretty impressive for a car shaped like a swollen thumb that can accommodate the six-foot six-inch Murray.

Combining the lightweighting and more efficient engine with Shell’s tailored lubricants, like a prototype Shell Helix Ultra low viscosity oil and custom transmission fluid, testing at Millbrook Proving Ground showed the T.25S gets 107 imperial mpg (89 US mpg) at a steady 45 miles per hour. Both the two-seat Smart ForTwo and four-seat Toyota Aygo, a European city car based on the Citroën C1, max out at 68.9 imperial mpg.

Unlike those retail options, the T.25S isn’t planned for sale. Shell introduced it to the public at this week’s Beijing Auto Show, after that it’s going to serve as a “capability car” – i.e., trying to open up people’s minds about what’s possible if we could “all just get along.” We will see a piece of Murray's innovation on the road, however: British automaker TVR is using iStream production for its coming sports car.