Inside the Abandoned Headquarters of a Failed Formula 1 Team

Caterham F1’s offices abruptly shuttered years ago, and hasn’t reopened since. Here’s what it looks like now. 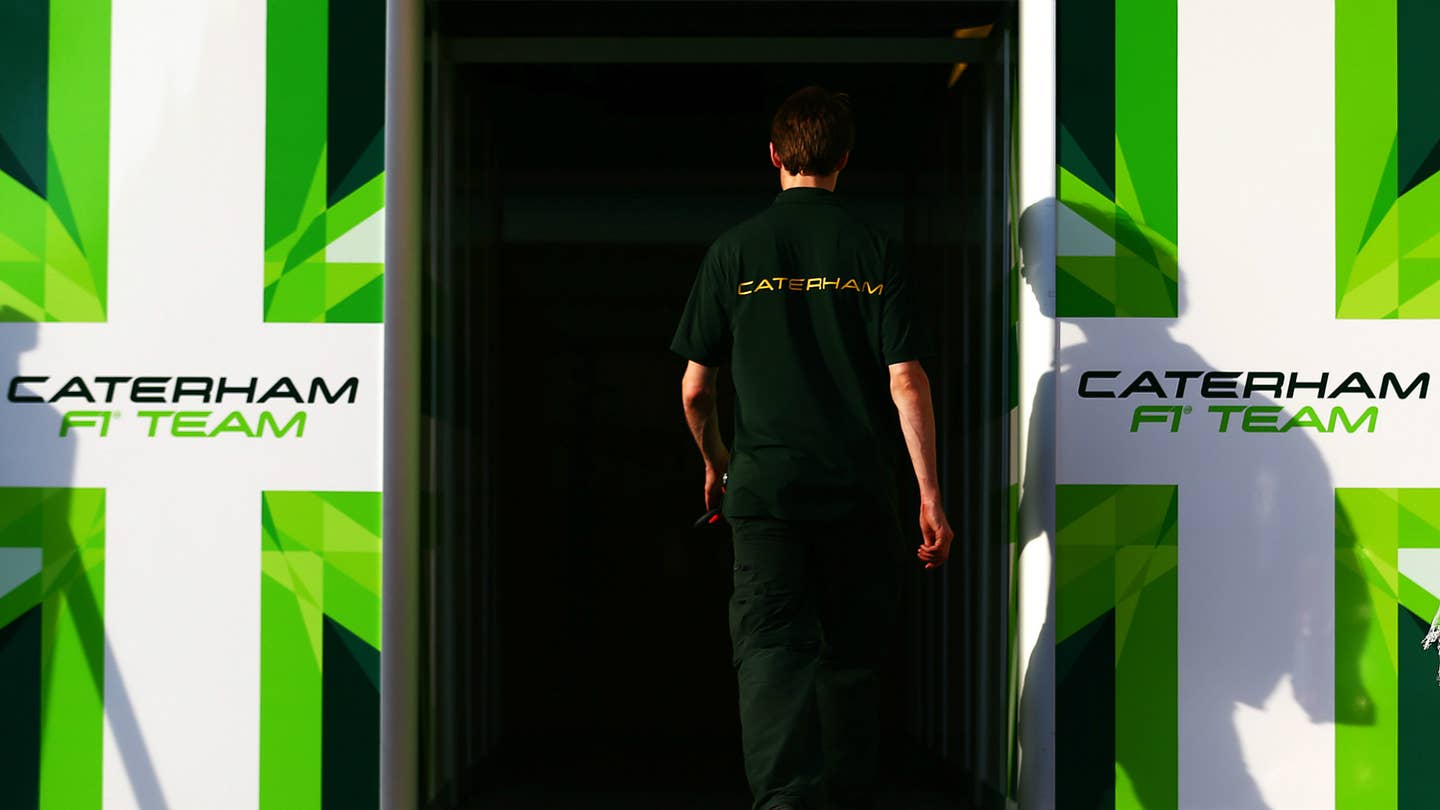 It’s been two years since Caterham Formula 1 collapsed. No surprise, considering the team’s baggage—lawsuits, hubris and money, so much money, both spent and owed in outrageous sums. The whole tale is chronicled in incredible detail by Racecar Engineering here. It’s worth reading if you’ve got time. If not, just know the whole thing was a shitshow, and that Caterham F1 headquarters in Leafield, England, was abruptly shuttered by security. The staff have not returned.

Naturally, locals of the urban explorer persuasion have started poking around. One of them recently posted photos on the DerelictPlaces forum, plus this message:

This place is one of the strangest places I've ever explored. It's not old, it's one of the cleanest locations I've ever been in, and it smells very strange. All the power is still connected and works, so all the lights come on when you flick switches. This is a double-edged sword though as it also means you can't get through certain doors that required a keycard to unlock. Never the less we got around almost the whole site, the undisputed highlight of which is the old virtual reality racing simulator, unfortunately the actual F1 rig was removed when the assets were seized in 2014 but it's still a great space, and unfortunately the only room that doesn't have power!

We talked to a local who has taken it upon himself to feed the fish left in the ponds out front who said word on the street is Ferrari are currently sniffing around it to make into a new UK base alongside their HQ in Italy. You're right there is everything they need in there to start up again right away.

Check out the full gallery of Caterham’s abandoned facility (and, possibly, Ferrari’s future one) on Flickr here.