Car dealer drove his Dodge Challenger into a stand full of photographers. Remember? Oh, you weren’t born then. 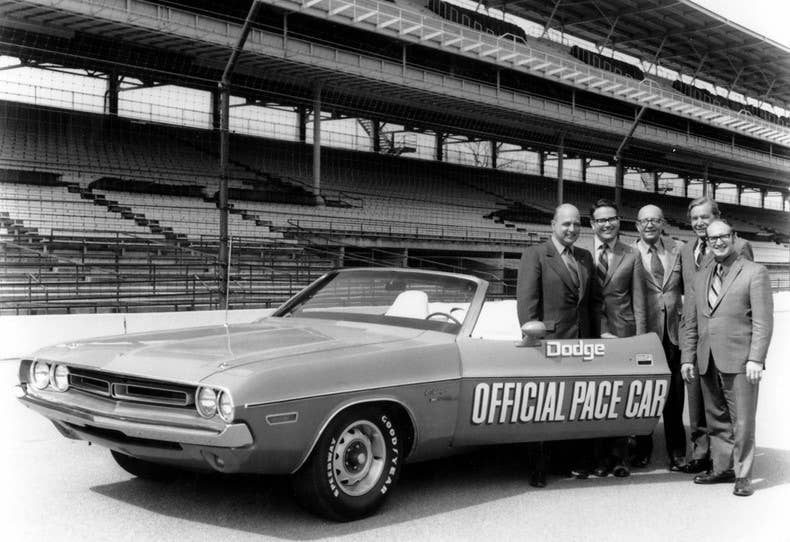 Strange, isn’t it? You live what was by all accounts an exemplary life, but after 87 years, you are remembered for a 20-second mistake made 45 years ago. But that’s the story of Eldon Palmer, the Indianapolis Chrysler dealer who crashed the Dodge Challenger pace car into a stand full of photographers at the start of the 1971 Indianapolis 500.

Palmer, with passengers John Glenn, astronaut; Chris Schenkel, ABC sports anchor, and Indianapolis Motor Speedway owner Tony Hulman, had reportedly practiced for several laps, and placed a marker flag at the spot where he was supposed to start slowing down.

But, Palmer said, somebody moved the flag on race day, so he came charging down pit lane in the Challenger convertible at about 125 mph, and this being before the era of antilock brakes, locked up the wheels and slid into the stand containing the photographers, all intent on shooting the start of the race.

The stand collapsed, injuring 29, two seriously. Everyone in the car walked away. Palmer kept the Challenger, which had a 383 cubic-inch V8, for 35 years, restoring it, before eventually selling it to a local car collector.

Said his obituary: “The community will likely remember his business success or the Indy 500 pace car accident. His family and friends will remember his timeless zest for life, his kind and generous heart, and how truly and dearly he loved us.”