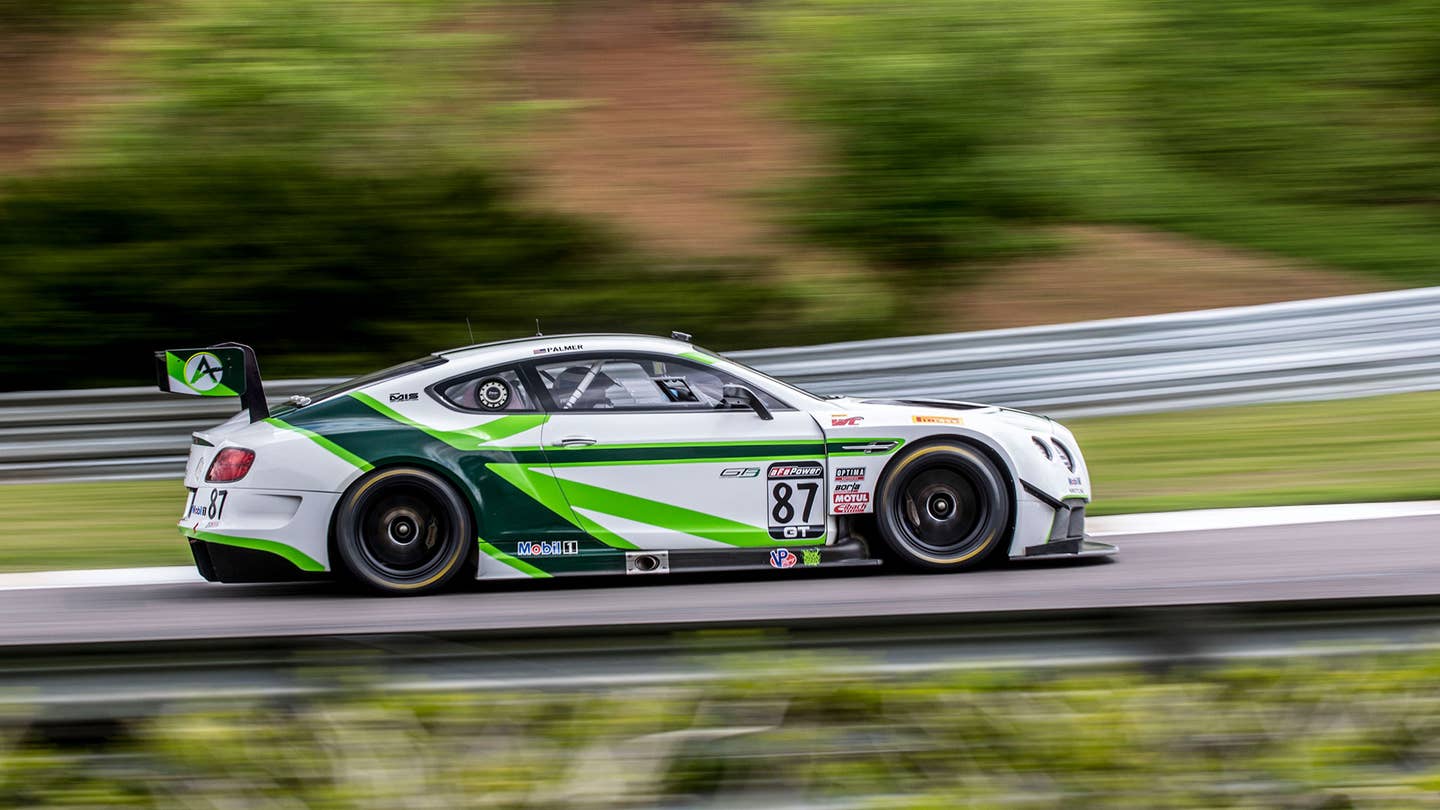 "The vehicle did not leave the ground, nor did it enter the trees," Rick Roso, press, PR, and editorial director for Lime Rock Park, told The Drive.

While video footage remains unavailable, Roso described the crash to The Drive in detail. According to Roso's account of the accident, which he compiled from interviews with Lime Rock employees who witnessed the crash, Palmer's Bentley briefly lost control near a TV stand on the front straight, coming into contact with the guardrail. The Bentley was then hit by Jorge de la Torre's Aston Martin, sending Palmer skidding off-track and across the grass. The race car subsequently impacted the first barrier on the side of the track and spun around the open end of it, ultimately coming to rest on the far side of the barrier near the trees.

Roso's account casts serious doubt on the widely-reported earlier claims that Palmer's injuries were sustained after the car went airborne and landed in the forest.

Palmer, 21, is currently in serious condition at Hartford Hospital. No further information about Palmer's condition is known at this time, as his family has not yet released any updates about his prognosis. You can read more about the accident in our earlier coverage.