This Bentley Bentayga Is Almost Attractive Thanks to An $80,000 Body Kit

Plus paint. Plus install. 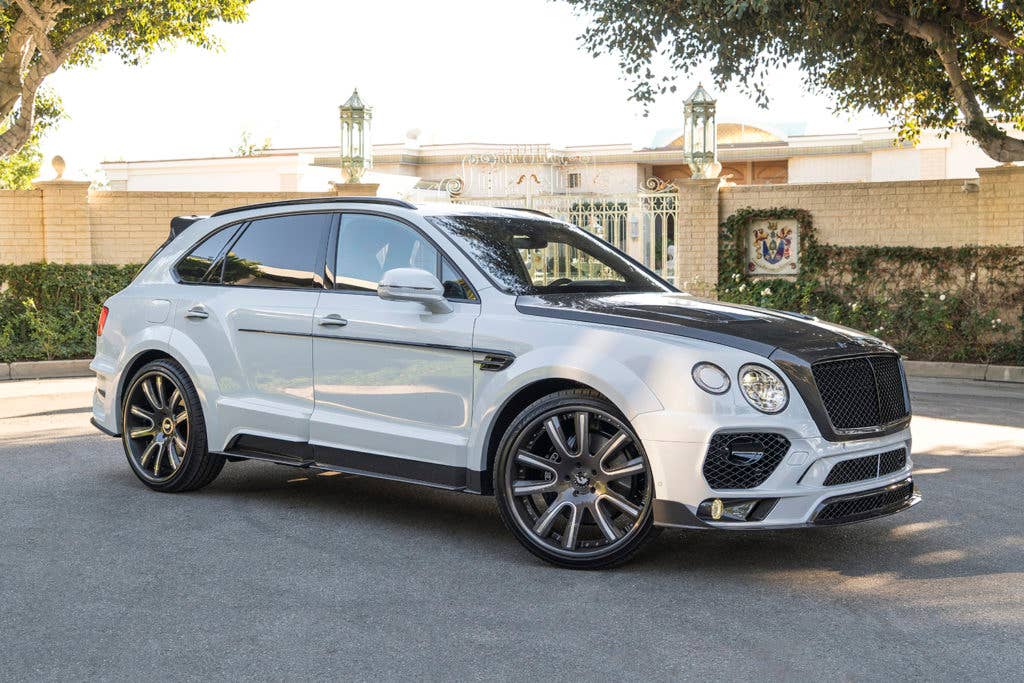 First and foremost, the Bentley Bentayga sits atop the podium as the top SUV on the planet. It’s the most luxurious, expensive and even fastest with a top speed of 187 mph. It has 600-hp, is capable off-road and comes in an array of colors with names I can’t pronounce. It’s also ugly. When I say ugly, I don’t mean it doesn’t have attractive components, it’s just not put together well. It doesn’t flow. Turn it to the side and it’s identical to the latest-generation Audi Q7 but it just so happens to have a Bentley GT front fascia grafted onto it. Again, it has attractive qualities, it’s just a bit off to me.

Mansory is a name that has a polarizing effect depending on who you ask. Custom car guys tend to enjoy what the Bavarian outfit does with otherwise mundane high-end vehicles. On the other hand, Purists feel strongly that Mansory is the worst thing that’s happened to luxury vehicles - ever. There’s no doubt about it, Mansory kits can certainly make or break a luxury vehicle.

Mansory’s most recent creation is produced for the Bentley Bentayga and in this instance, it may have given the stodgy SUV a bit more character. Like any Mansory package, most of the components are oversized and over-the-top but this particular kit also introduces a bit of continuity and flow into the aesthetic. Add the custom paint and Forgiato wheels and you have the most unique Bentayga in America.

So how much does it cost to set your bombastic Bentley apart from the rest? The appearance package alone is a cool $78,000 and that doesn’t include paint or installation.  That’s more than a new Range Rover Sport!