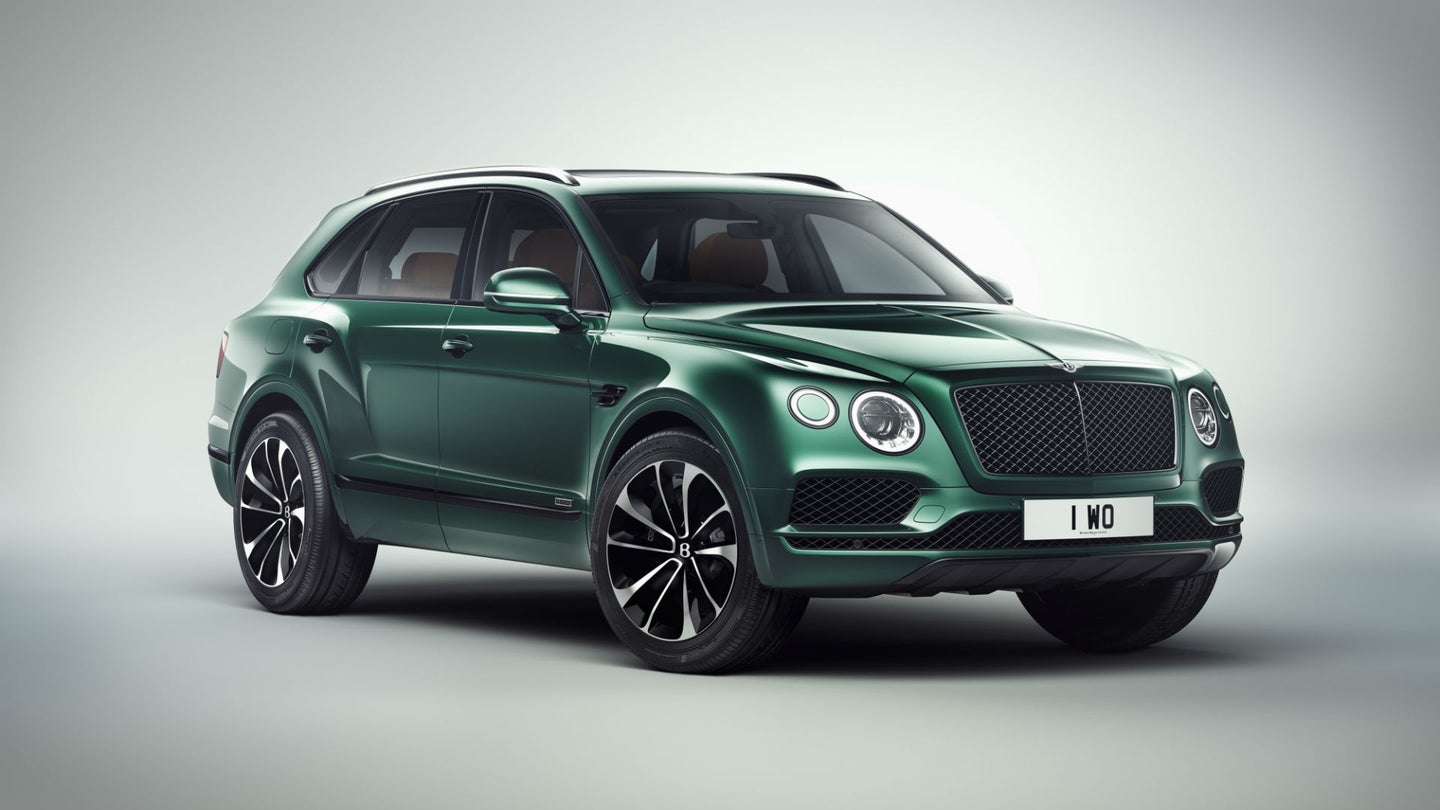 Update, 2:23pm EST: In response to an email from The Drive, a Bentley spokesperson declined to comment on any future or potential models.

With a Pikes Peak record under its Hermès belt, not many would accuse the Bentley Bentayga of being slow. However, that apparently hasn't stopped the company from working on a faster Speed variant of its SUV.

According to Autocar, a Bentayga Speed will debut sometime in the first half of 2019 and use a tweaked version of the existing 6.0-liter twin-turbo W-12 with a thumping 650 horsepower. That's 50 more than the "regular" Bentayga.

This would put it in direct competition with its 641-horse Lamborghini Urus platform cousin—Bentley and Lambo are both owned by Volkswagen, remember—and at the top of the Bentayga range. The British publication says Bentley's upcoming flagship luxo-SUV will hit a top speed of 190 miles per hour and get from zero to 62 miles per hour in under four seconds. The standard W-12 Bentayga, meanwhile, has a slightly lower top speed of 187 miles per hour and gets to 62 mph in 4.1 seconds.

The big Bentley's chassis will also reportedly be tweaked to deliver more performance-oriented road manners without degrading comfort. Alas, don't expect any weight reductions like other lesser automakers offer in performance variants. In the world of Bentley, more is always more.

The report also says the plug-in hybrid Bentayga will arrive shortly after the Speed and hit the streets in October.

The Drive has reached out to Bentley for comment and will update this story when we hear back.

On our first drive of Bentley’s impressive new grand tourer, we turn to petty gripes.