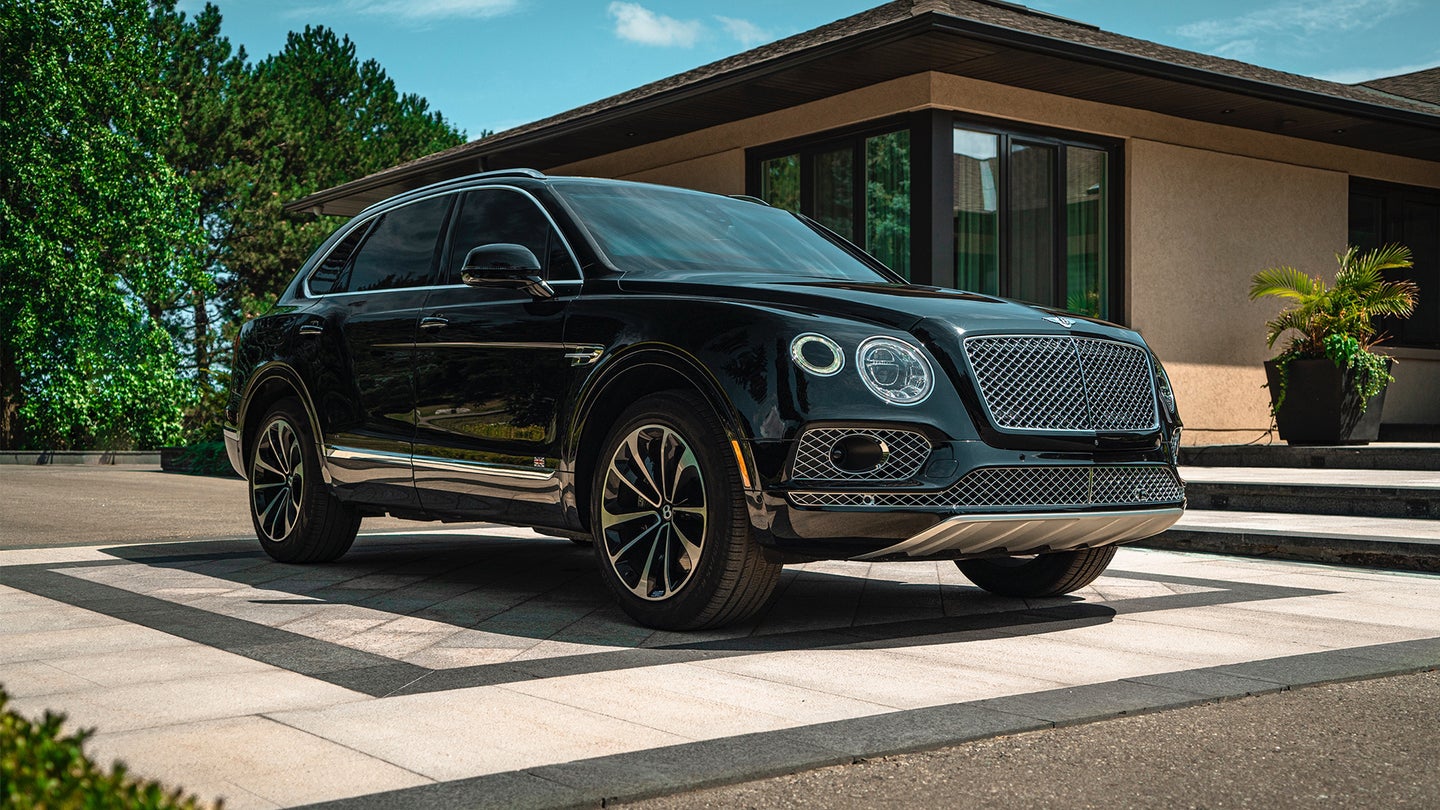 Affluent businessmen who often find themselves in the face of danger and are also in the market for a new, ultra-luxury SUV, we've got good news for you: there's a new armored Bentley Bentayga just for you.

Specifically, we're talking about the world's first bulletproof Bentley Bentayga which was just announced by Canadian armored vehicle manufacturer, INKAS. Thanks to state-of-the-art technology and fine attention to detail, customers can enjoy the sensible luxury styling of a Bentayga without having to worry about the threats from the outside world.

INKAS says that its variant of the luxury SUV is equipped with the necessary means to earn itself an armor rating of VR6—meaning that it can withstand rifle projectiles as large as 7.62mm, or the blasts from two DM51 fragmentation hand grenades. The protection extends to the entire perimeter of the vehicle's passenger compartment thanks to reinforced structural points and multi-layer bullet resistant glass. Of course, the protection isn't limited to the cabin. In order to ensure that the car can slip away from any dangerous circumstances, INKAS also reinforces the vehicle's electronics, suspension components, and provides run-flat tires in case of a puncture-related emergency.

You'll also be happy to know that the Bentayga is configured from one of Bentley's higher-trimmed models, meaning that it will be aptly equipped with the automaker's robust 6.0-liter W-12 engine. Its 600-horsepower powerplant provides enough energy to get the vehicle's occupants out of nearly any sticky-situation while sounding fantastic in the process.

So who is this beast of a car actually made for? High-ranking corporate officers living or, oligarchs, and extremely well-funded law enforcement agencies –  just to name a few. But we'd like to think that the real patron is someone who needs an SUV capable of taking the kids to lacrosse practice during the day and being able to withstand the explosion of a hand grenade by night.

INKAS doesn't offer a standard price on its website but claims will work with customers to customize a quote that fits their needs. Keep in mind that the W12-equipped variant of the Bentayga can approach $250,000 from the factory, so if you're looking for something a bit more modest, perhaps consider switching the kids to soccer and pricing out the company's armored Toyota Sienna instead.