Bentley's 600-hp SUV is gearing up to set a Production SUV record at the Race to the Clouds. 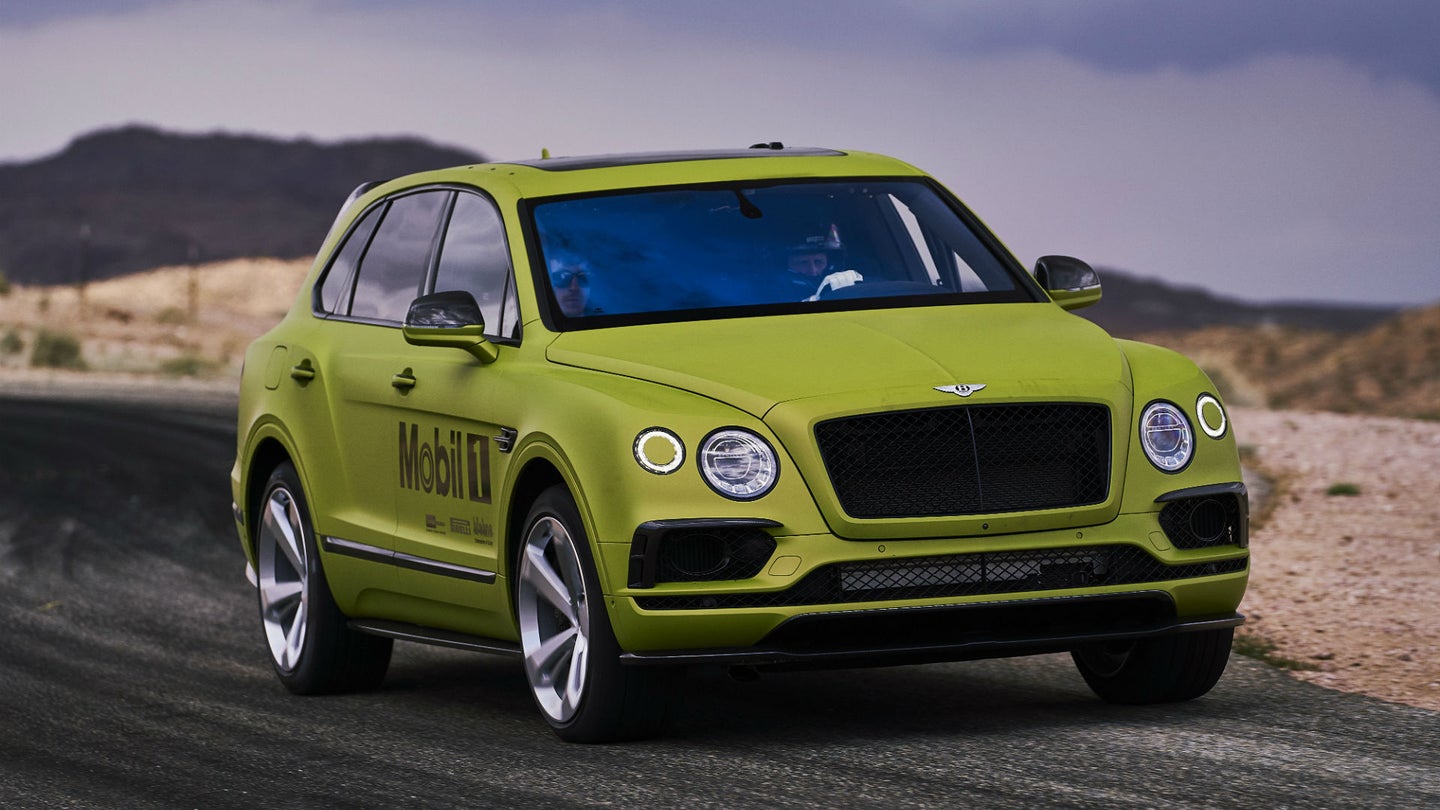 For the past six months, Bentley Motors has been preparing a special version of its Bentayga luxury crossover to compete in the prestigious Pike's Peak International Hillclimb in Colorado, piloted by Pikes Peak veteran Rhys Millen. A week before the event, Bentley announced that it's completed preparations, and has every confidence in both its car and its driver.

The hillclimb-ready Bentayga will compete in the Production class to attempt to set a new Production SUV record. To do this, the car will need to hit an average speed of at least 60 mph for the entire 12.42-mile course, which features 156 turns and climbs 4,720 feet, earning it the "Race to the Clouds" nickname.

“Our preparation for the event has been extremely thorough, and our Bentley Motorsport race engineers have produced a car that demonstrates the Bentayga’s inherent potential to the full," said Brian Gush, director of motorsport at Bentley. "It’s now up to Rhys to drive the best run possible – but after his performances in testing, we have every confidence in him. The weather is the one factor we can’t control so we’re hoping for a clear Sunday morning.”

While the company is hopeful that the Bentayga's adaptive air suspension, trick active anti-roll system, and 600-horsepower power plant will get the job done, Bentley's Motorsport team has made a few improvements to the car, as permitted in the Production class. First, it ripped out 600 pounds worth of interior trim to shed every ounce it could from the chunky 5,340-pound crossover. The car was then fitted with an Akrapovic sports exhaust, racing seat, fire-suppression system, roll cage, and Pirelli performance tires. It also features Bentley's Styling Specification package, which adds a front splitter, rear diffuser, side skirts, and rear spoiler, all made from carbon fiber.

“We’ve honed the Bentayga’s incredible abilities and ensured we have a car for Pikes Peak that’s both safe and fast through two very productive test sessions with the Bentley Motorsport team," explained Rhys Millen, two-time Pikes Peak winner who hopes to pilot the Bentayga to victory Sunday.

"The course is one you can only attack with a car that can gain and lose speed very quickly, because it’s so tight and twisty. The combination of 600 bhp, 664 [pound-feet] and carbon ceramic brakes means that the Bentayga can accelerate and decelerate incredibly hard – and that’s what I’ll be counting on for my run. I can’t wait to get started at the mountain later this week.”

Millen and his souped-up Bentayga will battle the likes of the Rolls-Royce Cullinan for an SUV record at the 96th Pikes Peak International Hillclimb, which takes place June 24.