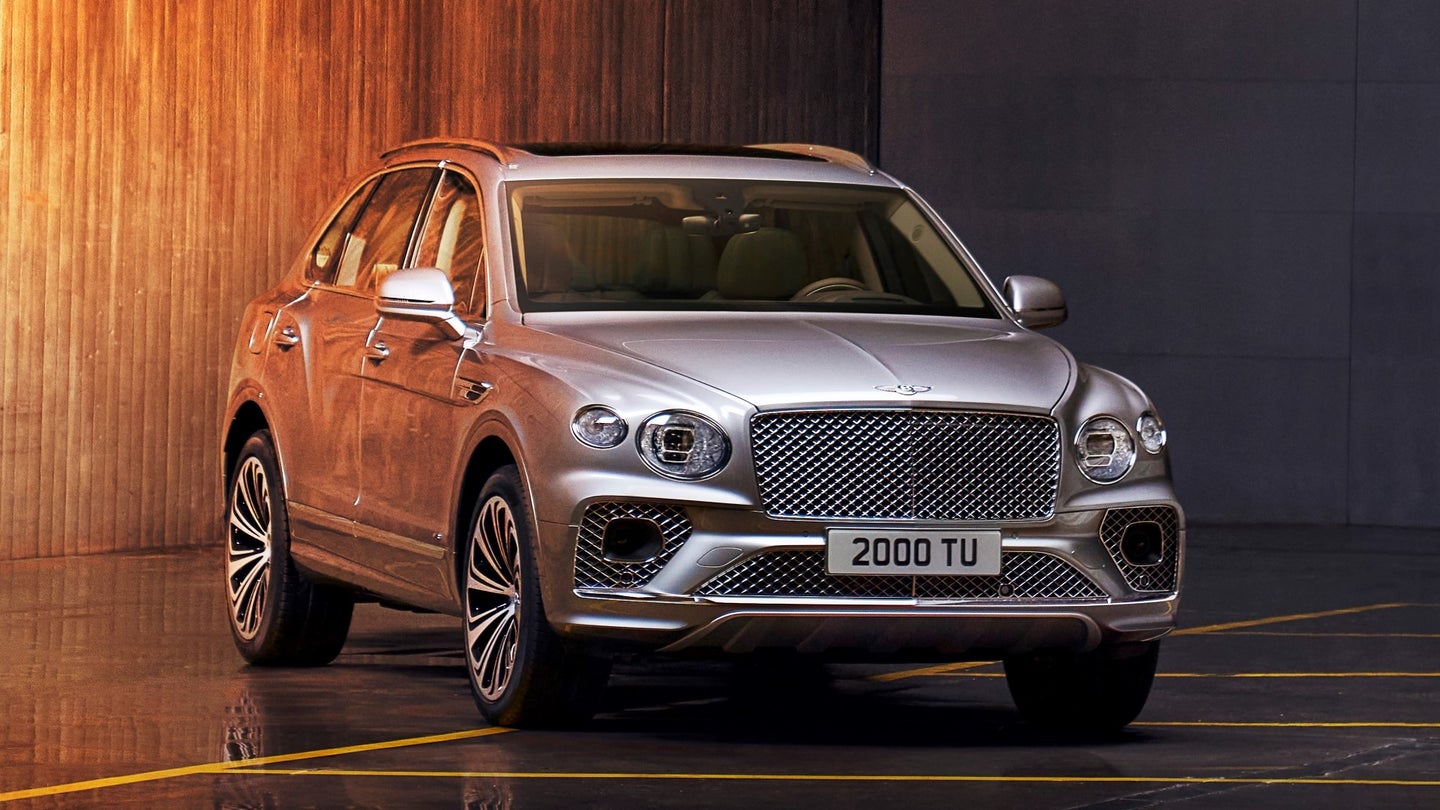 Five years after gracing us with its unabashed opulence, Bentley's biggest seller is finally getting some much-needed updates. Say hello to the 2021 Bentley Bentayga, which has been redesigned inside and out to reflect the old brand's new design language and tech offerings.

For starters, both the Bentayga's front and rear fascias have been thoroughly revamped to resemble the current Continental GT. In our eyes, the more athletic-looking face is a welcome change but the Conti's ovular taillights look a little odd slapped onto this SUV's boxy shape. Bentley's also given the Bentayga new 22-inch wheels and widened the rear track by 0.78 inches for a more aggressive stance.

This refreshed Bentayga also sees the introduction of heated, wet-arm windshield wipers that feature 22 washer jets apiece. That's 20 more washer jets than you get in that 2012 Toyota RAV4 you've been eyeing. Now that's what I call value.

The new Bentayga also gets reworked inside and, naturally, Bentley says its cabin is even more magnificent than the one it replaces. Owners will be greeted with a new center stack design featuring center vents that vaguely resemble a pair of wings, a new steering wheel, a new all-digital instrument cluster, new door trims, and new, more sculpted seats. Dark tint diamond brushed aluminum interior trim can now be had—apparently a Bentley-first—while rear legroom in the four-seat model has grown up to 3.93 inches. Five-seat and three-row, seven-seat Bentaygas are also available although if you're a true Bentley-driving shot-caller, you'll simply order another four-seat Bentayga before crowding up the first one.

We'd like to take a moment to appreciate how nicely and seamlessly the infotainment screen has been integrated into this new Bentayga's dash. Take notes, other automakers. The new 10.9-inch infotainment screen replaces the old car's eight-incher and runs standard wireless Apple CarPlay with Android Auto. The Bentayga's rear-seat passengers also get a fancier, bigger rear control tablet à la Flying Spur.

Only a dozen will be made—and they’re all spoken for.