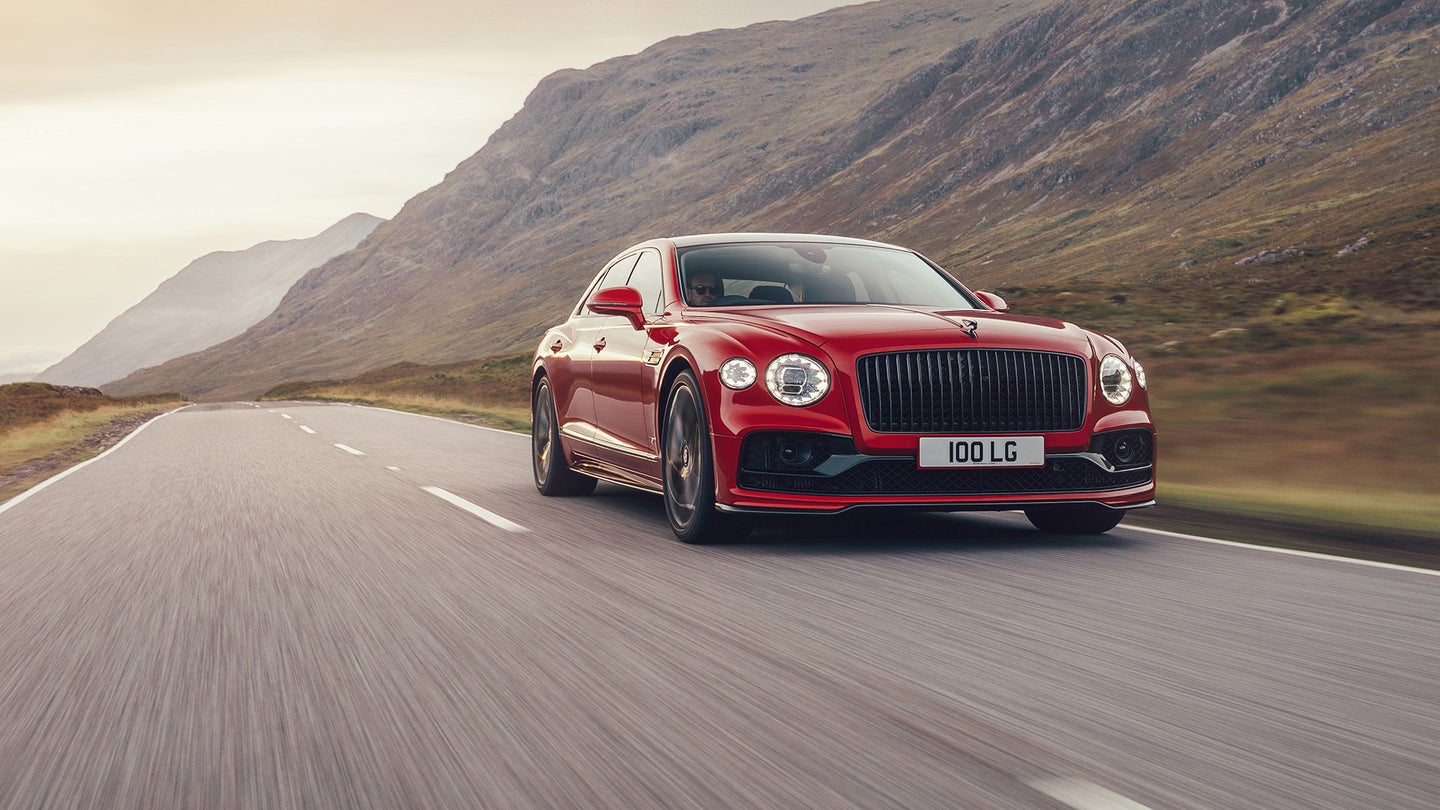 The new Bentley Flying Spur is a highly tempting luxury sedan one can still get with a 6.0-liter twin-turbo W12 producing 626 horsepower and 664 pound-feet of torque. With twelve cylinders onboard, Bentley's new flagship four-door is a 207-mile-per-hour affair featuring 3D-machined woods inside, along with the same intricate stitching job you find in the fanciest of Continental GTs. However, it's been an open secret that those who prefer to drive their Bentleys themselves are usually better off with the somewhat cheaper V8s. Bentley's 4.0-liter twin-turbo makes the Bentayga more fun, the Continental GT keener through corners and now, the 2021 Flying Spur a whole 220-pounds lighter, as well as up to 16 percent more fuel-efficient.

Apparently, based on a decade's worth of data, Bentley has also learned that there's a significant shift in the usage of the Flying Spur from chauffeur-driven owners to customers driving themselves with passengers accompanying them. As you may remember, Bentley used to make a car for chauffeur-driven individuals called the Mulsanne. After 61 years on the market, Bentley's old 6.75-liter V8 is gone, while when it comes to the Flying Spur, over 40 percent of both American and Chinese customers drive their cars, taking passengers along for the ride at least once a week. Keeping that in mind, Bentley tuned the V8 yet again with an increased focus on the driver.

The twin-turbo 4.0 TFSI is a smart V8. Producing 549 horsepower and a peak torque of 568 foot-pounds from 2,000 rpm, it uses twin-scroll turbos packaged inside the V, and half-bank cylinder deactivation activated below 3,000 rpm, or when torque demand is below 173 foot-pounds. Bentley says the deactivation happens in around 20 milliseconds, which is a tenth of the time it takes to blink unless of course you happen to be high on caffeine, in which case results may vary. This 90-degree V8 also features a cross-plane crankshaft and iron-coated cylinder bores. The result is a zero to 62 mph time of 4.1 seconds, and a top speed of 198 mph.

Still available in both four- or five-seat configurations, the Flying Spur V8 also comes with the same powertrain and chassis advancements as the W12, including adaptive air suspension and torque vectoring by braking, while the 48-volt electric active anti-roll tech known as Bentley Dynamic Ride and the all-wheel steering remain optional. Bentley promises a "grand touring range" of over 400 miles.

When it comes to the all-important veneer, Crown Cut Walnut is the standard finish, yet a further seven veneer species are there to choose from, not to mention the high gloss carbon fiber package. Those truly missing the Mulsanne can also specify a dual veneer finish, with Côtes de Genève specifically available for the front center console. For the rear passengers, Bentley also throws in its Touch Screen Remote, which allows access to the control of all blinds, rear-seat massage function and climate control, and can also be used to pre-configure the mood lighting.

When those LEDs go red, just remember that while all Bentleys are set to go hybrid in 2023, for now, you can have a smooth cross-plane V8 that will propel this lighter sedan to 198 mph.

It Takes 400,000 Stitches to Finish One Cabin of the 2021 Continental GT Mulliner Convertible

It’s a lot more than your Corolla.