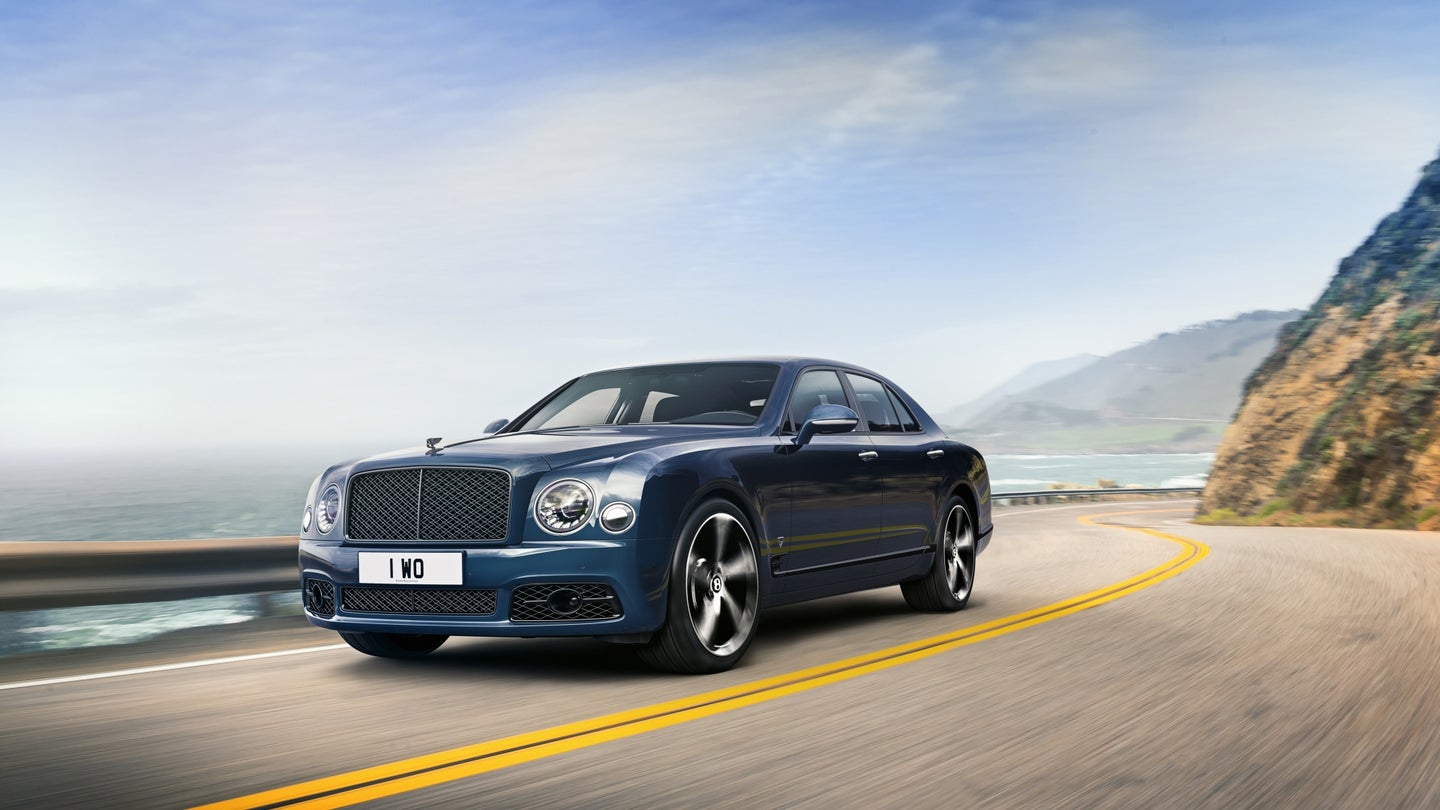 The full-size Mulsanne, far and away Bentley's oldest model, is being discontinued and to send it off, Bentley is introducing a final special edition: the 6.75 Edition by Mulliner. Limited to just 30 examples, it's named after the six-and-three-quarter-liter V8 engine that will retire along with this car—the longest-ever continuously produced V8 in the world, by Bentley's count. First seen in the 1959 Bentley S2, it is now entering its 60th and final year of production.

While the end of such a longevous engine alone would be cause for commemoration, the 6.75 Edition also marks the end of the Mulsanne itself because once production ends this spring, it isn't being replaced by a new version. Instead, the big-Bentley torch is being passed to the brilliant, new Flying Spur. Turns out, the sedan-ocalypse isn't just for poors.

Based on the 530-horsepower Mulsanne Speed, the 6.75 Edition tips its cap to its namesake engine with interior vent controls modeled after the V8's oil cap instead of the regular "organ" stop knobs. Eagle-eyed owners will also notice that the analog clock, fuel gauge, and oil temperature gauge faces feature cutaway sketches of the 6.75-liter in question. As expected, badges that read "6.75 Edition" can be seen on the outside, inside, stitched onto the seats, in the engine compartment, and lit up at your feet when the doors are open.

From a distance, this special edition Mulsanne will be characterized by glossy black trim, a darkened hood ornament, front grille, and pre-smoked exhaust tips as well as 21-inch Speed wheels that now feature a layer of spoke-framing mascara. On the inside, all of that darkness is contrasted by upholstery trimmed in silver.

Bentley makes sure to mention that with the Mulsanne's demise and the planned 2023 arrival of a hybrid Flying Spur, it will have achieved its goal of offering a hybrid variant of every car it makes in three year's time. Because you know what else isn't just for poors? Climate change.