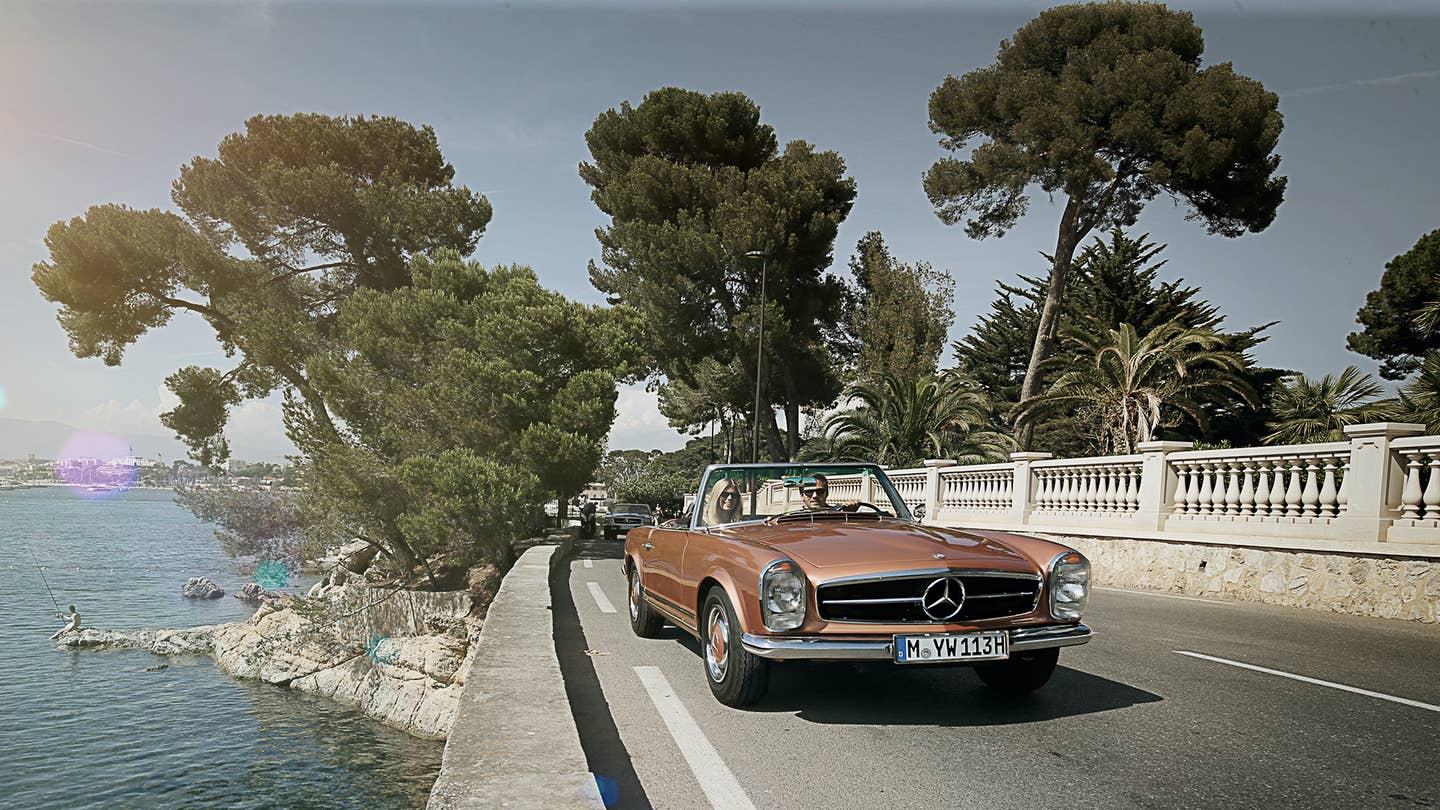 Then came the Twenties, with requisite roaring

Next were the Thirties, with murder and warring—

With JFK dead, the USA mourned.

With the Seventies came the R107,

Cresting the Nineties, Benz made a four-seater:

(For those with less funding, see the wee SLK,

Two-thousand marked the dawn of a brand-new SL.

Today, we swim in a bevy of Benzes,

The latest that’s charmed us, with power and poise?