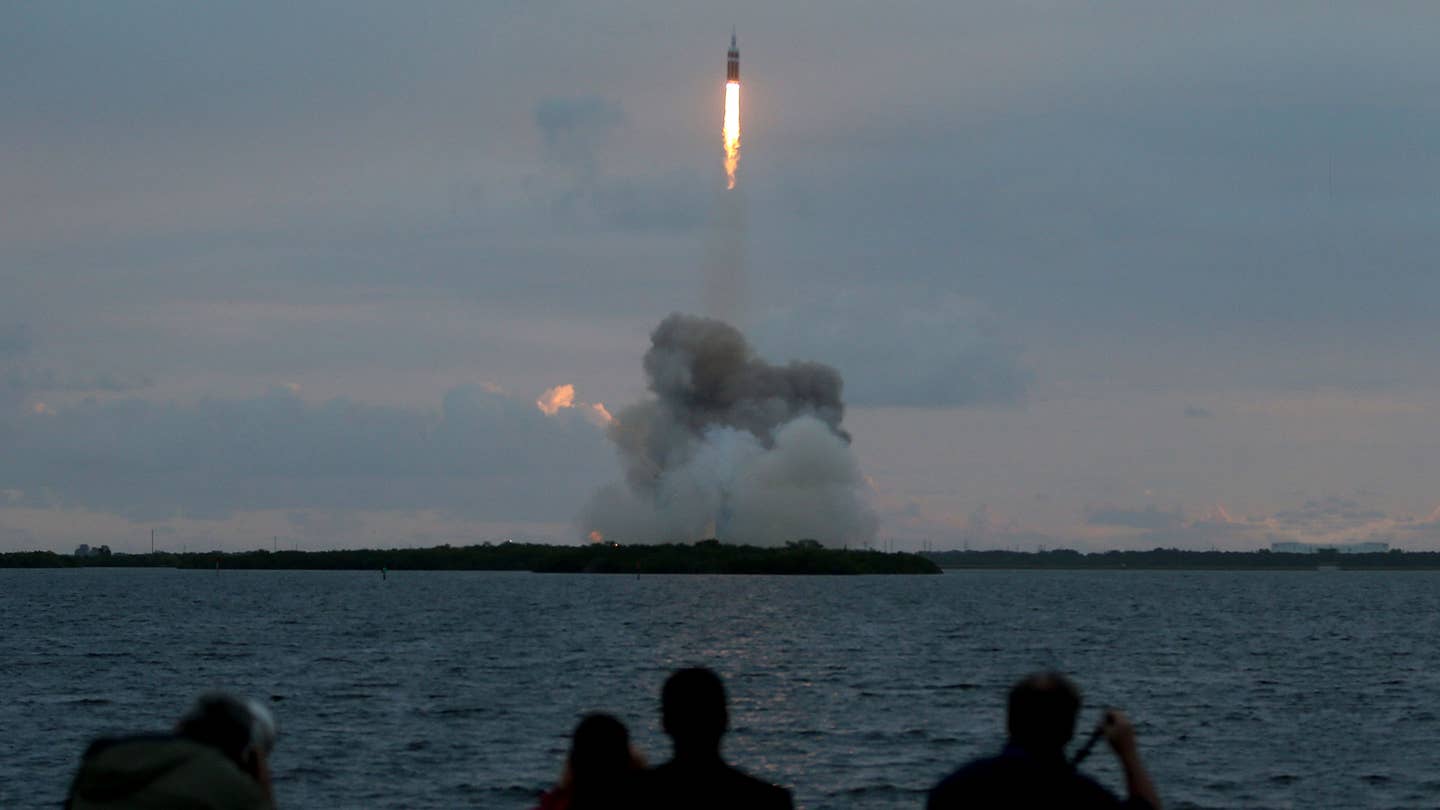 If all goes according to their (admittedly ambitious) plan, the aerospace titans of Lockheed Martin and Boeing will be teaming up to send as many as 1,000 astronauts to a space station hovering between the Earth and the Moon by the year 2045. But they're not doing it alone. Turns out one of NASCAR luminary Jack Roush’s companies is building the engine that will be a key part of blasting those massive rockets towards our biggest satellite.

Other sources have reported the Roush Fenway Racing NASCAR team is building the small engine, which will serve as a key component for one of United Launch Alliance rockets, but it’s actually Roush Industries, a commercial kissing cousin of the race outfit with engineering interests ranging from aerospace to theme parks. The company also builds Google’s autonomous car.

Still, the NASCAR connection makes sense, considering the so-called Integrated Vehicle Fluids engine is a 600cc flathead straight-six making 26-horsepower. And by “flathead,” yes, we mean the same engine architecture Henry Ford introduced in the 1932 Model 18. The 27.5-inch-long, 100-pound IVF engine has been designed to use many off-the-shelf components, like its piston rods and spark plugs, and the coil pack is lifted straight from a General Motors 5.3-liter V8.

The unit will slot into the upper rocket stage of the Advanced Cryogenic Evolved Stage (ACES) rocket currently in development. The six-pot piston motor will pressurize the fuel tanks in the ACES, recharge the batteries, and provide attitude control, allowing the ACES to operate in space for weeks at a time.

ULA bosses chose the design for a number of reasons, with simplicity and proven reliability prime among them. The IVF engine provides a single power unit that obviates the need for the helium, hydrazine, solar panels, and complex systems layout normally needed in a rocket’s upper stage. Another reason engineers chose the flathead is because of the heat it throws off; that warmth can be used to pressurize the propellant tanks. The engineers tried an air-cooled Wankel engine, but in addition to more complex lubrication issues, the Wankel didn’t get hot enough.

The ACES unit, acting as both courier and fuel tanker, will deliver cargo from low-Earth orbit to the ULA space station, and will ferry rocket fuel refined on the moon and on asteroids to any satellites that need it. The IVF engine runs on the same liquid hydrogen and oxygen that fuels the ACES, at zero net loss to the ship; the propellants normally lost to boil-off are instead piped to the motor.

The new Vulcan rocket that launches the ACES upper stage is expected to be ready in the mid 2020s. Reportedly, as soon as it launches, the IVF inline-six will be the first internal-combustion engine to leave Earth’s atmosphere. Yet, with that Ford Flathead onboard and the connection to a Ford-sponsored NASCAR team, we think “Vulcan” might not be the best name for the ULA rocket. We vote for “Thunderbird.”