Oh, Nothing, Just Drifting the Safety Car at Le Mans 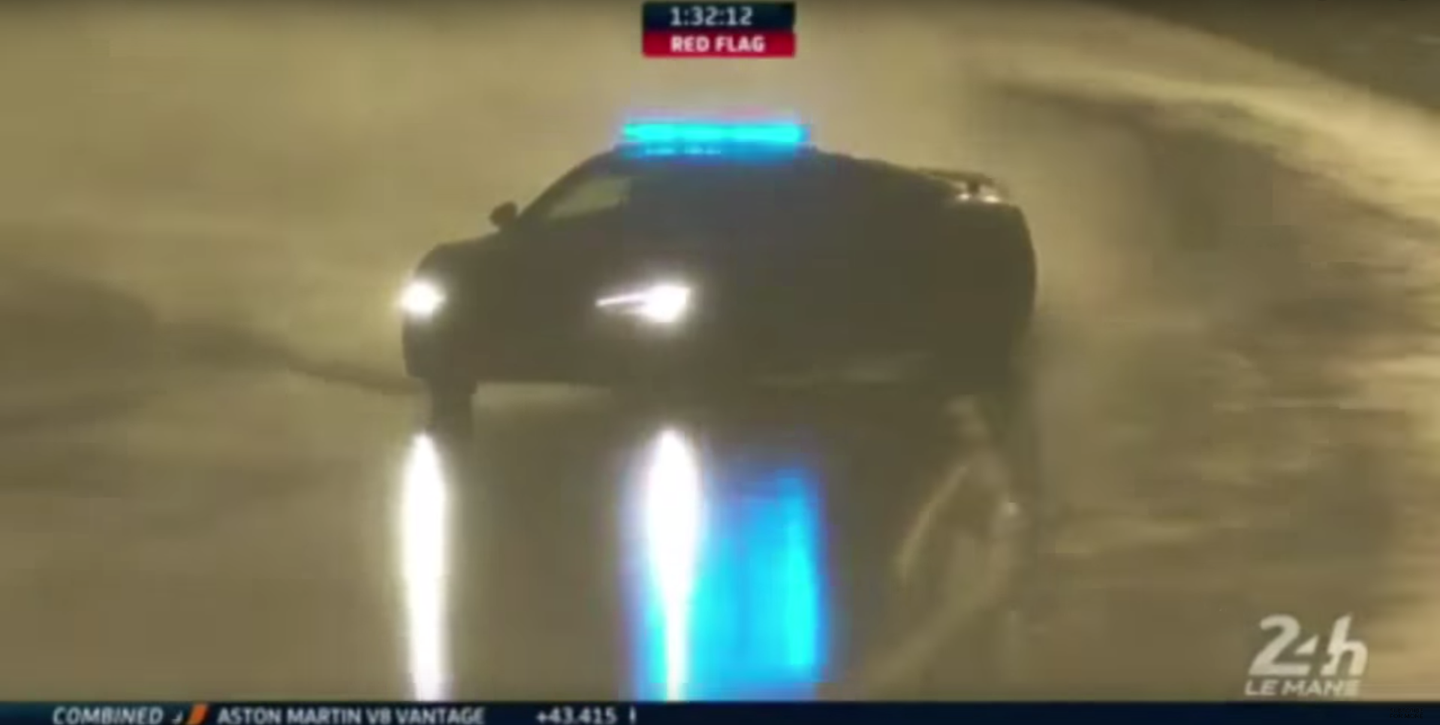 The illustrious Le Mans 24 Hour race takes place this weekend. You should watch it. The entire thing, preferably, but even a few hours will work. After all, this is the longest-running motorized endurance competition in the world. There’s a reason it’s lasted: Put men and machines under a microscope for an entire day, then make them compete non-stop, and something amazing is bound to happen. Here’s your first little dose of wonderful, courtesy of the safety car.

Yes, the safety car. The one that does parade laps around the circuit when there’s a wreck. Or, in the case of last night’s pre-race practice session, a torrential rainstorm. Said safety car at Le Mans 2016 is a new Audi R8 V10 Plus. As you’ll see in the clip below, the driver comes in a little too hot under a red flag caution. The back end comes out. Heroics ensue.

It should be noted here that the man behind the wheel is none other than Yannick Dalmas.

Dalmas, who is 54, drove in more than two dozen F1 races during the Eighties. He has also won Le Mans on four occasions and, apparently, is a recidivous badass.

An erstwhile Grand Prix driver drifting a 610-horsepower mid-engine safety car around the course during a caution period. ‘Should’? This is why you must watch Le Mans.