If you had Buescher to win in the office pool, you are probably as happy as he is. 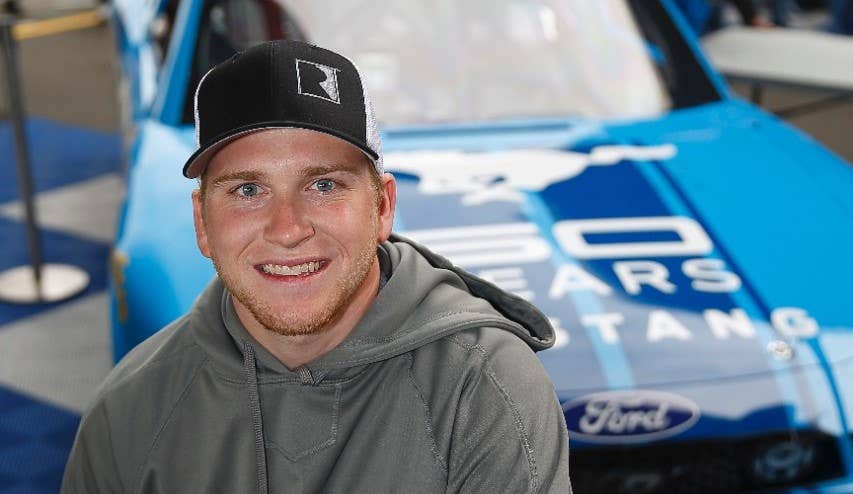 It may not have been the dramatic first victory NASCAR Sprint Cup rookie Chris Buescher dreamed of, but he’ll take the win today in the Pennsylvania 400, which was postponed from Sunday to today due to rain at Pocono Speedway in Pennsylvania.

And even then it wasn’t a complete race – NASCAR red-flagged it with 22 laps to go for fog – yes, fog – but heavy rainstorms were just minutes away. And when the game of musical chairs stopped, Buescher and his number 34 Front Row Motorsports Ford were out front, due to a gutsy call from the pit box by veteran crew chief Bob Osborne to stay on track instead of pitting. Second was Brad Keselowski in a Penske Ford, and third was Regan Smith in a Tommy Baldwin-owned Chevrolet.

So all Buescher has to do to make the Chase for the Championship is end up 30th or higher in points, and he’s 31st now. The 23-year-old Texas native is the first rookie to win in Cup since Joey Logano – yes, it was a rain-shortened race, but Buescher is a Sprint Cup winner nonetheless. Now, it’s on to Watkins Glen.