Two trains rammed each other head-on in the southern Italian countryside. 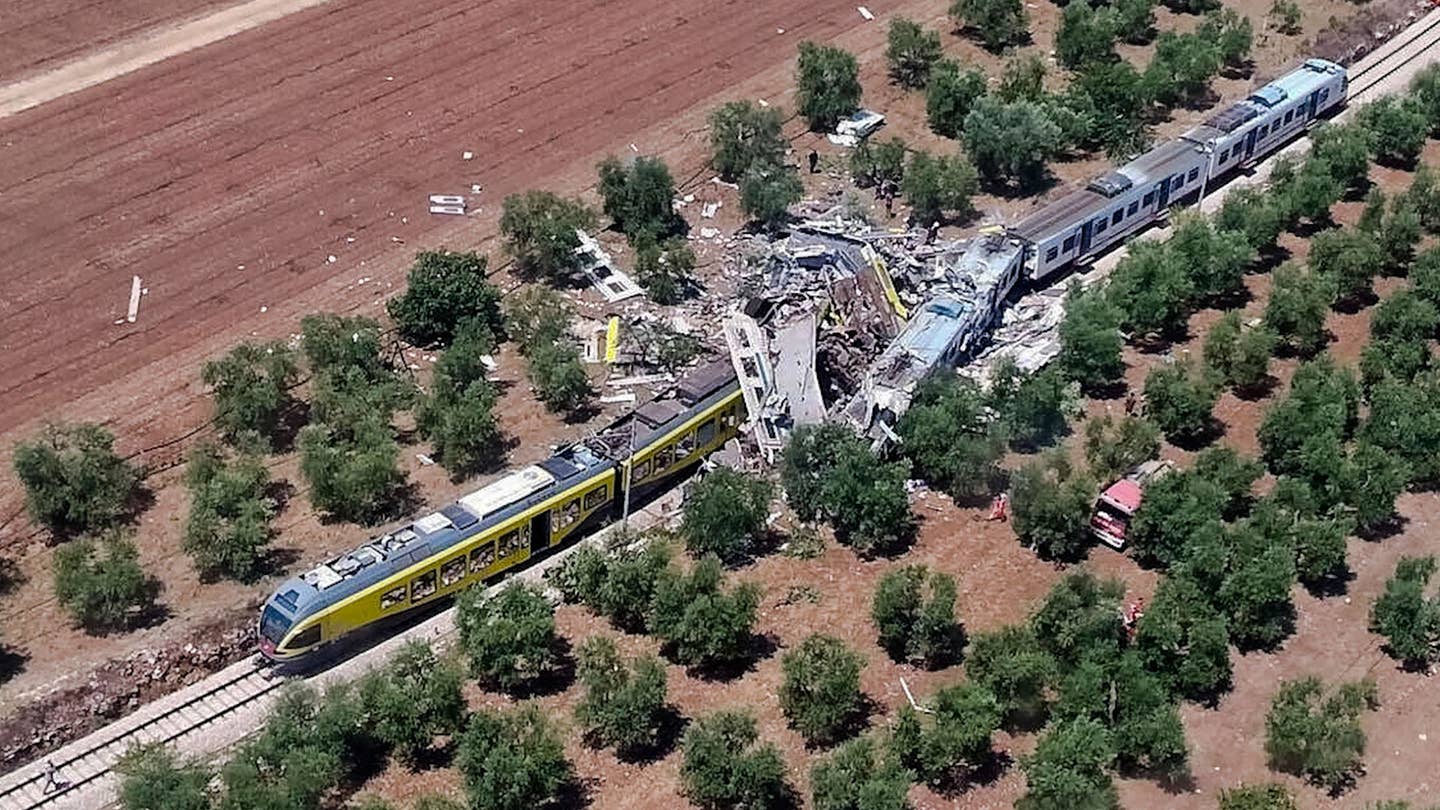 At least 20 people have been killed and dozens more were injured when two commuter trains in Italy crashed head-on into one another at high speed earlier today.

The crash between the two commuter trains, each of which was made up of four cars, occurred in the southern Italian region of Puglia, between the towns of Andria and Corato. The crash occurred on a clear day at approximately 11:30am local time. Both trains were operated by local railway company Ferrotramviaria.

Emergency workers have established a field hospital at the scene of the crash, and are currently working to extricate passengers from the wreckage. Authorities caution that the number of dead and injured may rise as rescue efforts continue. It is not known how many people were aboard the two trains at the time of the wreck.

The crash between the two trains shattered three train cars and sent a fourth off the tracks. The other four cars of the two trains appeared relatively less damaged, based on aerial images from the scene.

“It looks like there has been a plane crash,” said Massimo Mazzilli, the mayor of Corato.

Authorities have not given a reason for the train collision, but a prosecutor from the nearby town of Trani suggested human error was likely to have played a role in the crash.

“We won’t stop until we get a clear explanation over what happened,” Italian prime minister Matteo Renzi told the press as he cut short a visit to Milan so he could to return to Rome to better deal with the train wreck.

The crash is the most recent of several recent head-on collision to occur between trains around the world. Last month, a pair of freight trains plowed into one another in the Texas Panhandle; several months before that, a head-on crash between two German commuter trains killed 11. That crash was ultimately traced back to a signal controller who overrode a safety system and allowed both trains to operate on the same line; it is not yet know what caused the crash in Texas.

David Bowie: A Chance Encounter on a Train

Why you should take the elevator.