Two Freight Trains Have Collided Head-On in the Texas Panhandle 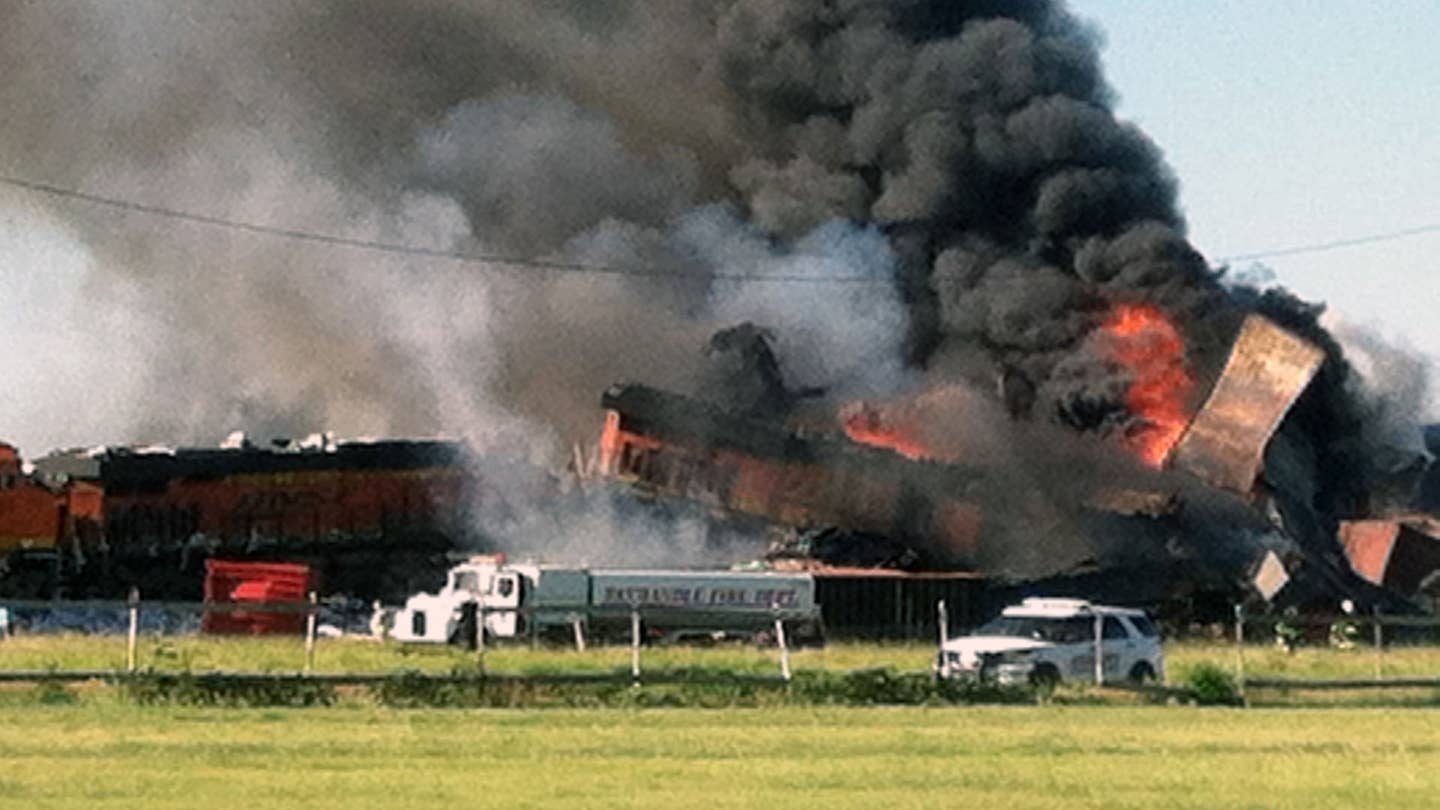 Three people are missing and one person has been confirmed injured after a pair of freight trains ran headlong into each other in the Texas Panhandle on Tuesday morning, sending a massive pillar of smoke billowing skywards and forcing parts of a nearby town to evacuate.

The collision occurred between two BNSF trains around 8:30am on the eastern side of the town of Panhandle, TX. (Yes, there's a town named Panhandle in the Texas Panhandle.) The trains were traveling in opposite directions on the same track; it is not yet know how fast they were traveling at the time of the accident, but a BNSF spokesperson told the Amarillo Globe-News the speed limit for that section of track was 70 mph. The contents of the trains is not known.

All four casualties were railroad employees working on the two trains at the time of the accident. The injured man reportedly was able to jump clear of the trains before the collision, and was taken to the hospital in Amarillo, which lies 25 miles to the west. His condition is currently unknown. Emergency workers are currently searching for the other three employees.

Officials have begun evacuating the east side of the town of Panhandle, according to KAMR Local 4 news. Residents of the town are also being asked to turn off their lawn sprinklers and otherwise conserve water to help the fire department, as the fire fighting efforts are draining the water supply.

The National Transportation Safety Board has opened an investigation into the cause of the accident.