“Girls, Beer and Victory” is like going behind the scenes of the movie Rush 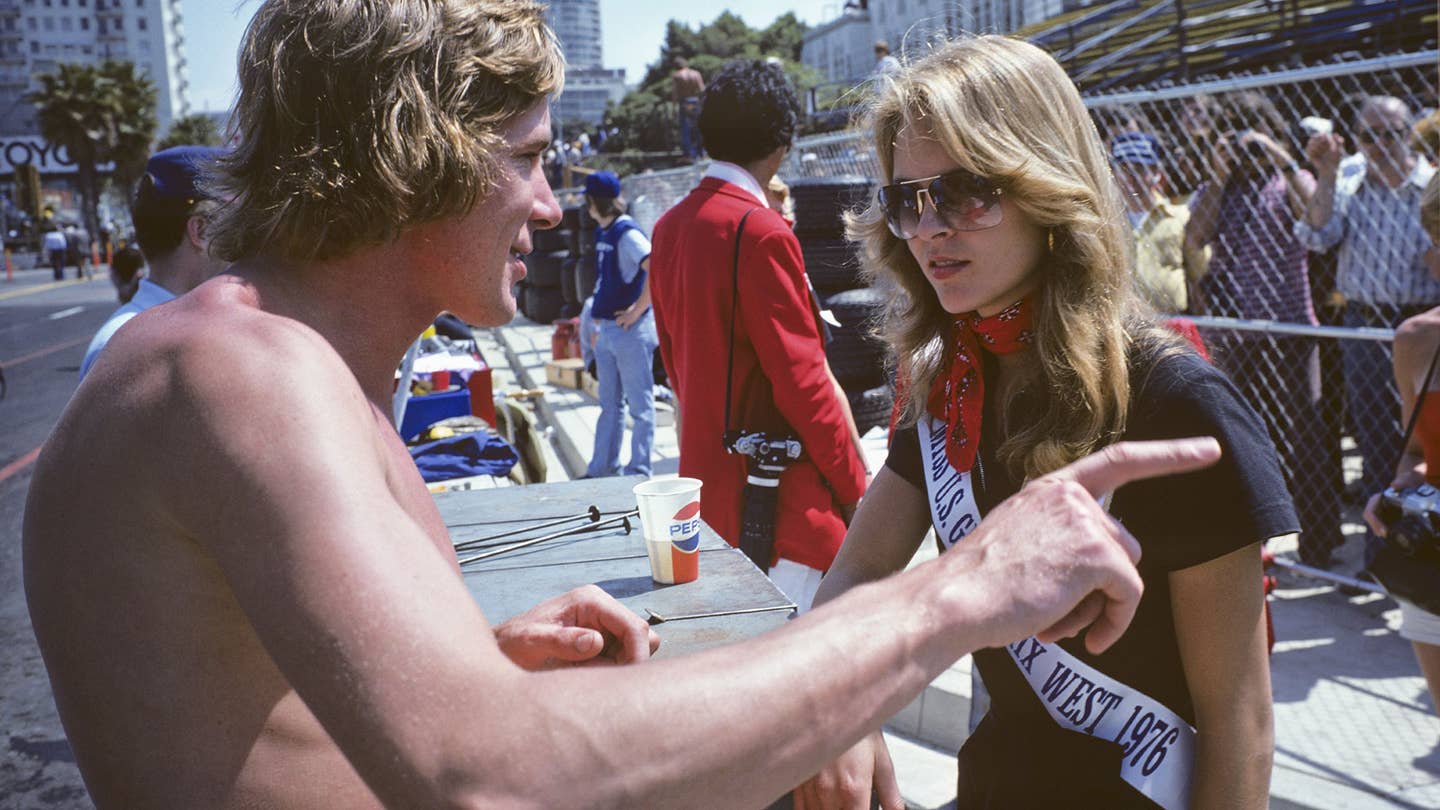 Non racing fans best know James Simon Wallis Hunt as one half of the movie Rush. The Chris Hemsworth half, that chiseled, blue-eyed, fast-as-hell and perpetually-shagging-playboy portion of Ron Howard’s first-rate Formula 1 film. But there’s much more to the man from Surrey than that 1976 season, and if you find yourself in London’s Chelsea neighborhood, you should check out the high-res photos that capture it all. Proud Galleries is opening an exhibit called “James Hunt: Girls, Beer and Victory,” which runs from February 11 to April 3.

While the occasion is the 40th anniversary of Hunt’s 1976 F1 World Championship, this exhibit covers his entire career, from the feeder Formula 3 series all the way to his McLaren triumphs. The man behind the gallery is photojournalist David Phipps, who followed the sport for 25 years, and eventually got so intimate with the paddock that he’d fly and bivouac with team members. So, no, there won’t have footage of Hunt answering a reporter’s question of how he drove so quickly. (The simple answer: “Big balls.”) Nor should you expect the glossy magazine shots of him in a McLaren M23 with two naked women lounging on the sidepods. What Phipps has assembled here is a series of candid looks at Hunt, the certified odd-one-out of his family; his father was a stockbroker, his sister an attorney, his brother an accountant. But Hunt was a daredevil, a racing driver and star who’d would take Oscar, his German Shepherd, on dinner dates.

Seeing Girls, Beer and Victory will confer bragging rights over your F1-loving friends. And, when you’re finished, try to wrangle your way into the private champagne penthouse at nearby Beaufort House and spray some bubbly. It’s what James would have done.