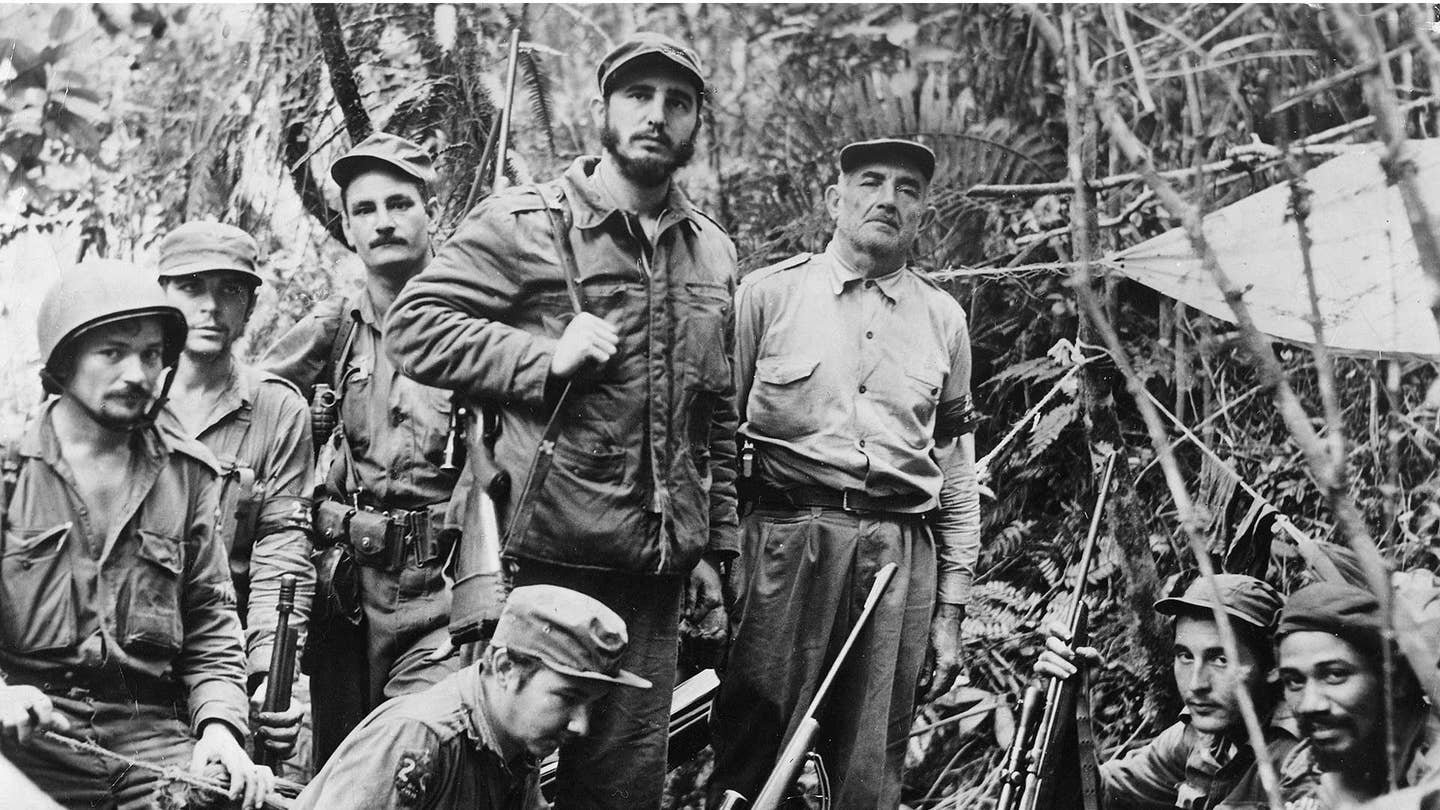 Juan Manuel Fangio, considered by many to be the greatest driver in Formula 1 history, steps from the hotel elevator in Havana to join his friends in the bustling lobby. Among them is Alejandro de Tomaso, the Argentine industrialist whose as-yet-unfounded company, DeTomaso, would go on manufacture the Pantera. Also present were Fangio’s racing mechanic and racing manager—and a young Cuban revolutionary stepping forward with an automatic pistol drawn.

Cuba in the 1950s was a seething hotbed of resentment shielded from the world by glittering falsehoods. President Fulgencio Batista ruled the island by force and intimidation, but he was losing the illusion of control to a bunch of revolutionary guerillas led by one Fidel Castro; it was Castro who ordered Fangio’s kidnapping. Batista, to help Cuba appear as a playground for the elite, had arranged this non-championship F1 race to be held on a street course in Havana, right along the waterfront. It was all rum cocktails, linen jackets and dissidents lurking in the night.

“Fangio, you must come with me,” said the calm, brisk assailant, “I am a member of the 26th of July revolutionary movement.” Moments later, the five-time F1 champion was whisked away by a series of three cars, deep into the Havana. Race day was the following morning, and the star of the event was gone; a watch was then placed on Stirling Moss, also in town to race, and the Cuban government began a massive manhunt.

For Castro and the revolutionaries, Fangio’s capture was a PR victory, even though his capture lasted a brief 26 hours. When released, Fangio said: “The revolutionists treated me well. They tried to explain to me the reasons for my kidnapping and the aims of their organization and their attitude was even friendly.”

The Cuban Grand Prix went ahead. Stirling Moss was declared the winner after a Ferrari piloted by local driver Armando Garcia Cifuentes crashed into a crowd of spectators, killing seven and injuring 40. It was a further crack in Batista’s regime, and combined with Fangio’s apparent sympathy for the guerillas, the helped the government’s facade began to crumble. A few months later, it was Castro’s forces that would prevail.

Is This $30 Million Ferrari the Most Desirable Car on the Planet?

History-oozing racer heads to the auction block in France.