For reasons both implicit and explicit, this one’s fit to wear the badge. 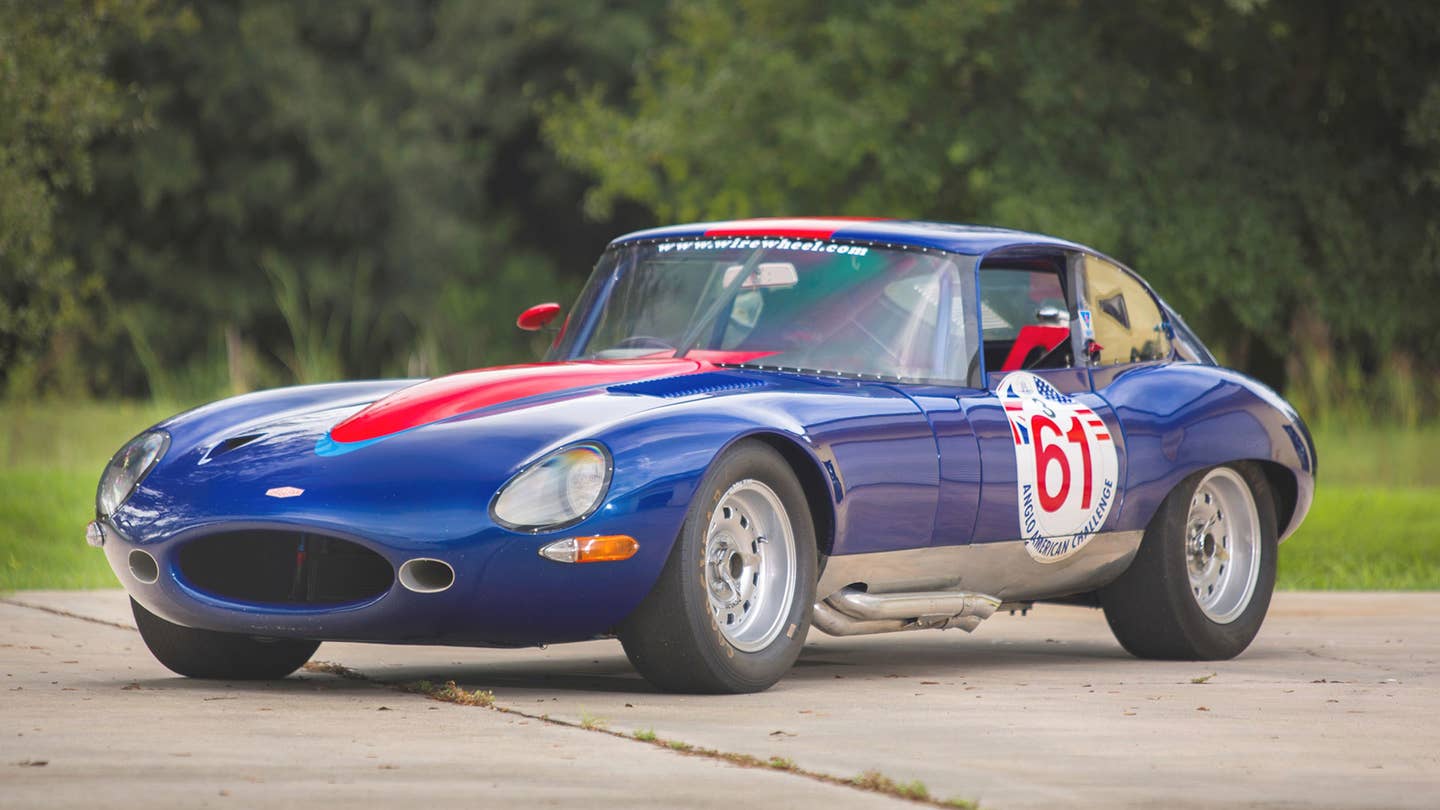 Austin Powers’ third most famous prop, behind those teeth and “Yeah, baby!,” was The Shaguar, a Series II Jaguar E-Type convertible with a Union Jack paint scheme, tri-color interior and red-wall tires. While Mike Myers’ gyrating did lend the retina-searing antique an air of raunchy fun, that particular Jaguar is not the height of Shagadelicism. As an early Series II car, that limpid convertible had ugly bare headlights, a plasticky interior, and less grunt from a strangled straight-six. Nothing kills the buzz like NHTSA.

Folks, this is the real Shaguar, for reasons both implicit and explicit. You believe in a badge? Please direct your eyes straight to the Shag’s sensual rear, across which flows chrome “SHAGUAR” script. You want to eat the pudding? Here’s the winningest list of ingredients besides that recipe in some Atlanta vault: An early, race-prepped 1961 E-type, Dunlop alloys (because wire wheels are twee), a louvered Lexan rear window, six-point roll cage, Wilwood brakes, luscious side pipes, and a stonking, 375-horsepower version of Jaguar’s 4.2-liter straight-six. It looks perfect—which is to say, rigorously sexy.

Unfortunately for any swingers in the market, this example has been sold. But, hey. An object this beautiful will have many suitors—you just might have to work a little harder to win her heart. (And title.)

Jaguar is part of an indie documentary film and a soon-to-be-released book called "The Keepers of Cars". It features Hayes Harris and his British Car Collection. The film can be seen here for free.