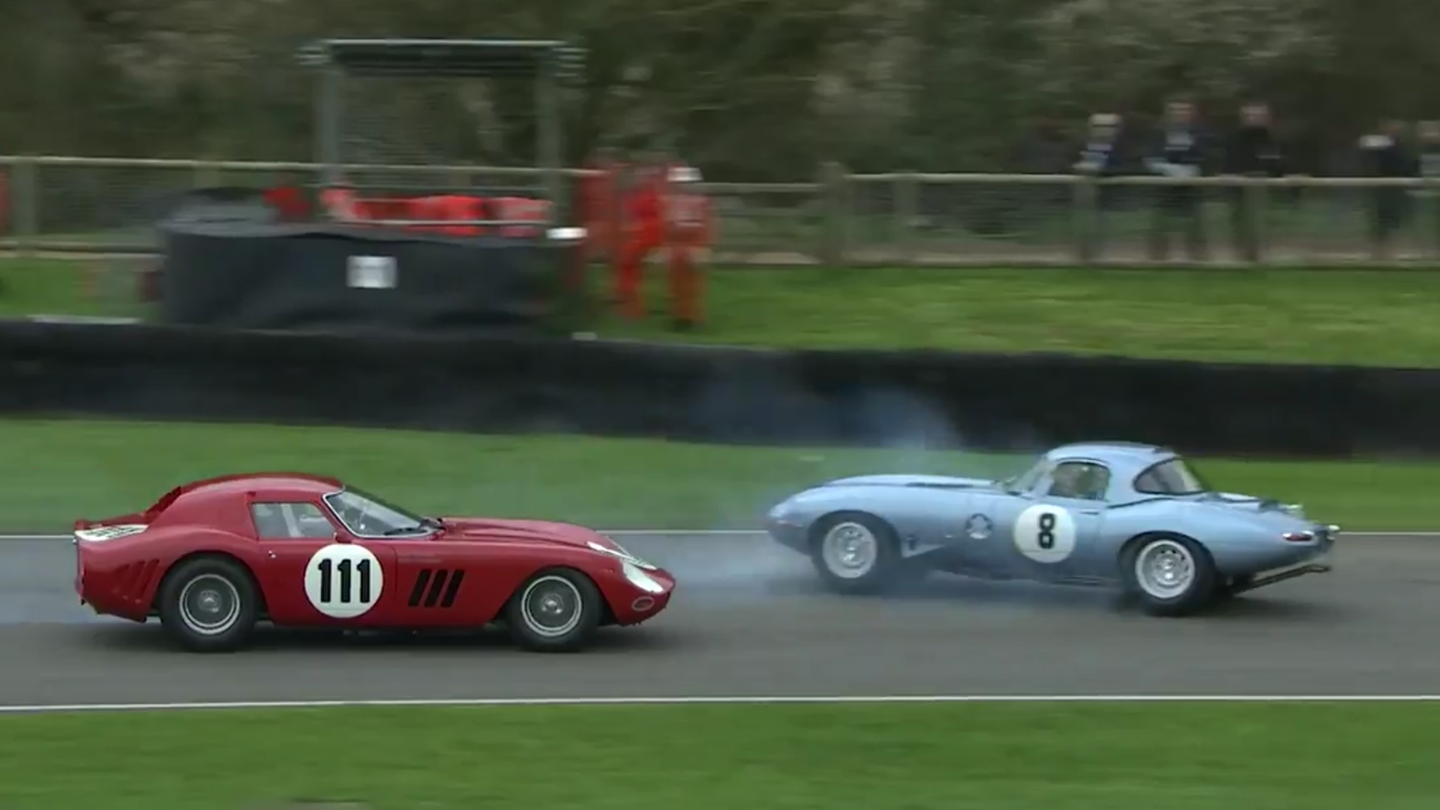 Two years ago, the 73rd annual Goodwood Members Meeting played unfortunate host to one of the most cringe-worthy crashes in recent memory, when a one-off, $5.9 million 1955 Mercedes piloted by former F1 driver Jochen Mass smashed into the back of a $1.5 million 1959 Lister-Jaguar. Neither driver was injured, but man, it almost hurts to look at these pictures. So just imagine how bad it could have been if this near miss at this weekend's Members Meeting between a 1963 Jaguar E-Type and a one-of-39 1964 Ferrari 250 GTO—worth tens of millions of dollars—had gone just a little bit more south.

Of course because it's England, the conditions were cloudy, cool, and a bit damp yesterday at qualifying for the Graham Hill Trophy, the weekend's race for 1960-1966 GT cars. Chasing a Shelby Mustang, John Breslow in the E-Type came into the corner a little too hot and lost it, spinning 180 degrees and coming face to face with James Cottingham in the 250 GTO. With what looks like millimeters to spare, Cottingham is able to swerve onto the grass and avoid a disastrous collision. The E-Type swings back around off the track and bumps harmlessly against the barrier. Whew!

That wasn't the only close call of the weekend for team GTO. Charging down the home straight during the actual race today, the driver squeezed through a car-width's gap between a slow-going Lotus Elan and the pit boards. While it's all kinds of thrilling to see that timeless body streak down the track and hear that Tipo 168 V12 engine get wrung out, these kinds of moments make for an anxious enthusiast.

But not everyone escaped the weekend unscathed. Earlier this morning, the Westlake Cup was briefly interrupted by a dramatic collision between two Austin-Healy Sebring Sprites as one tried to re-enter the track after a spinout. Neither driver was injured, but it emphasizes the danger involved in racing these classic machines.