Jaguar Charges Into Formula E With the I-TYPE 1

Official launch marks the carmaker’s first foray into racing in a decade.

By Will Sabel Courtney September 8, 2016 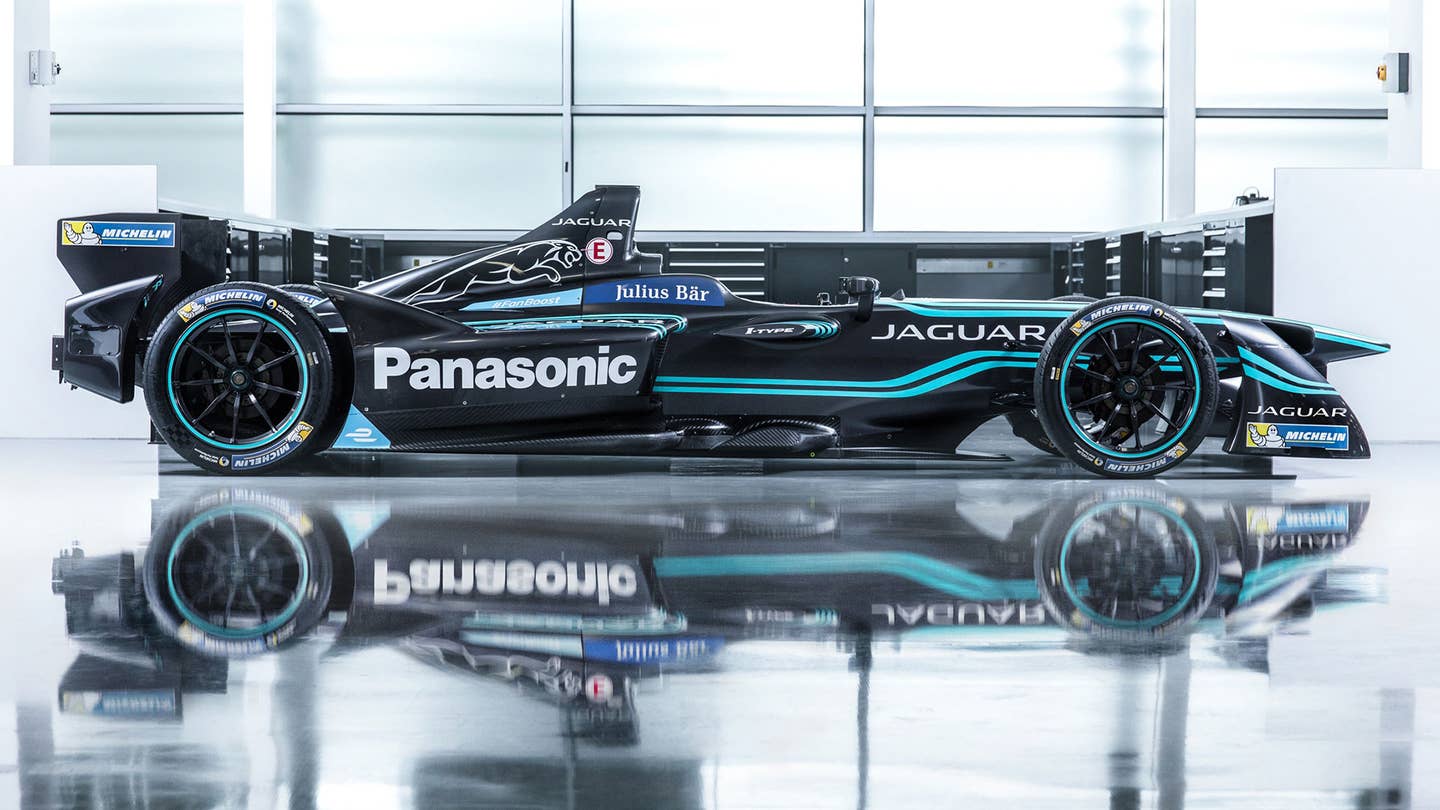 After years of sitting on the sidelines, Jaguar has revealed the electric Formula E race car that will lead the company’s charge (pun intended) back into the motorsports world.

The carmaker revealed the Jaguar Racing I-TYPE 1, as it calls its Formula E car, earlier today, complete with the racing livery it will wear when it hits the track for the first race of the 2016/2017 campaign next month. The vehicle has been developed with a little help from Jaguar Land Rover’s friends at Panasonic, which also picks up the title sponsorship of the racing team.

The return to racing—and more specifically, the choice to do so by joining Formula E—wasn’t made at random. Jaguar states that the company intends to leverage the work it does in the electric series for future consumer products.

“Over the next five years we will see more changes in the automotive world than in the last three decades,” Nick Rogers, executive director of product planning at JLR, said in a statement. “The Formula E championship will enable us to engineer and test our advanced technologies under extreme performance conditions. We will apply this vital knowledge as part of our real world development.”

As with many luxury carmakers, electric vehicles are expected to become an increasingly-important part of JLR’s future product plans. While the company remains cagey about specifics, prototypes of an electric SUV have been repeatedly spotted testing on public roads, and a recent rumor has suggested the carmaker intends on replacing the XJ sedan with a sleek, all-electric four-door coupe that could take the fight straight to Tesla’s Model S.

As with all Formula E cars in the upcoming season, the I-TYPE 1 will be limited to a maximum output of 250 kilowatts, while the entire car and driver cannot weigh less than 1,936 pounds. And like the other cars in the racing series, the battery-powered racing Jag will likely sound rather bonkers.