Is This Jaguar’s New Electric SUV?

We’ll know for sure tonight. 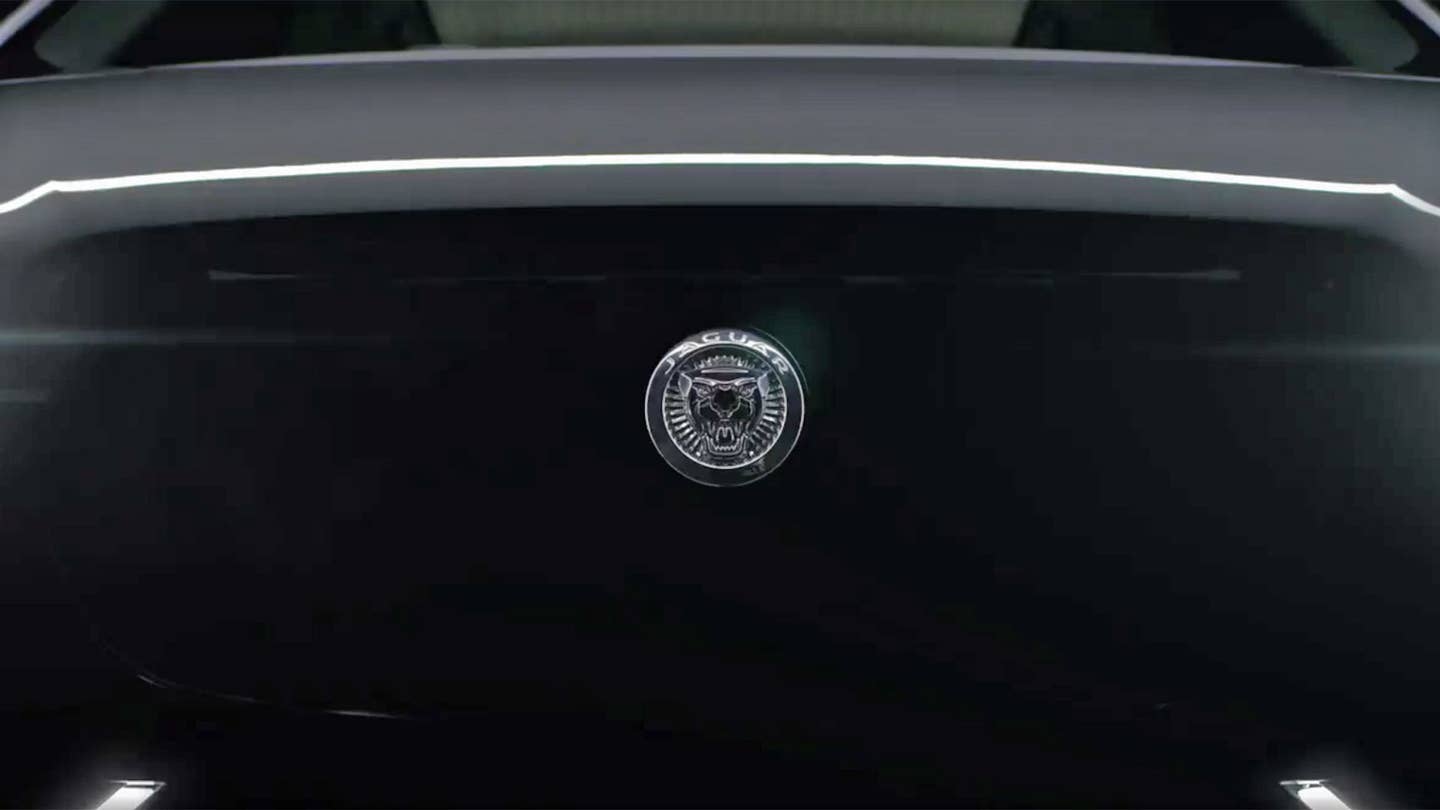 Los Angeles may be 5,500 miles from London as the crow flies, but Britain’s biggest luxury carmaker seems intent on stealing the spotlight early at the L.A. Auto Show this week. Early this morning, Jaguar released a teaser for what is believed to be its new electric SUV.

As with Porsche’s 911 RSR teaser video last week, Jaguar dropped the clip on Twitter; and as with the video for the (purportedly) mid-engined Porsche race car, the Jaguar clip reveals barely anything about the vehicle it’s designed to preview. There’s a shot of the Jaguar emblem on what seems to be the tall grille of a sport-utility vehicle; that quickly gives way to a second Jaguar logo, followed by a kaleidoscopic screen with a beefy Jaguar wheel at the center. That’s followed moments later by a location stamp, advertising the time and date of the company’s big reveal: LA Auto Show, 14 November 20:30 PST.

Whatever this is, we’ll see it tonight at 8:30pm California time.

But it’s almost certainly going to be an electric SUV. Rumors have been swirling for some time now that JLR has been working on a battery-powered crossover to sit alongside the F-Pace in the lineup and launch the company’s frontal assault on Tesla and the rest of the nascent luxury EV market. Preliminary reports claim the plug-in sport-ute will be a sleek, performance-minded machine; Autocar reports that Jaguar hasn’t decided on a name for it yet, but if we were betting men, we’d go with E-Pace.

While the carmaker has been characteristically tight-lipped about future model plans, Jaguar has made no secret of its inclination to push into the electric car realm. After all, the company didn’t decide to jump into Formula E just for gits and shiggles.