This Mysterious 'Ghost' Jaguar E-Type Is Headed to Auction 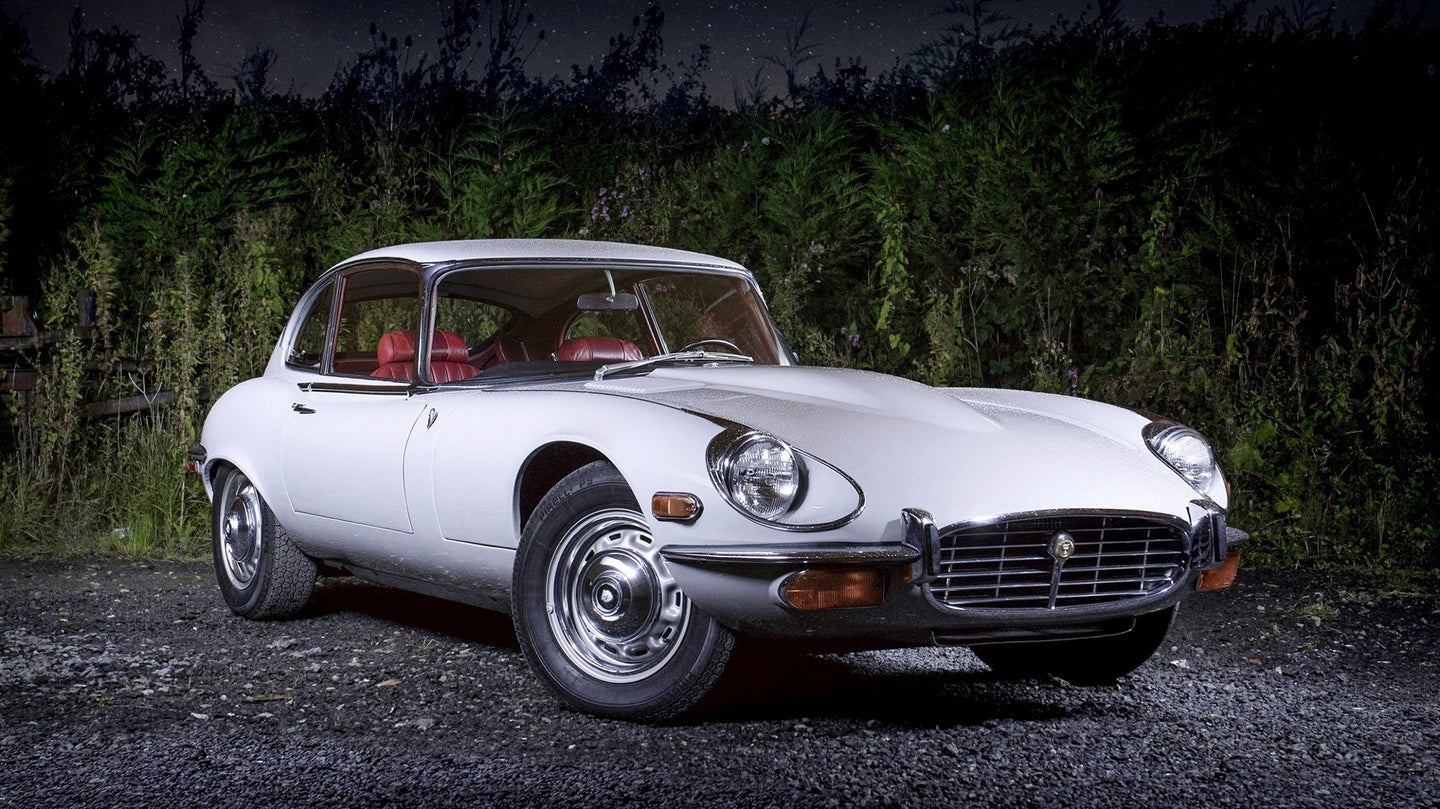 One of the most mysterious Jaguar E-Types ever built is headed for the auction block through H&H Classics according to Classic Cars Journal. This is the infamous “Ghost”, a 1970 Jaguar E-Type 2+2 coupe and the first left-hand drive Series III E-Type ever built. That distinction alone would make it quite valuable, but there’s much more to this car’s story.

This E-Type (technically an XKE, since it was made for the U.S. market) was built specifically for the family of Graham W. Whitehead, the president of Jaguar Cars North America at the time. Instead of the 5.3-liter Jaguar V12 engine that was standard in the Series III E-Type, this is one of the few built with a DOHC 4.2-liter XK inline-six from the previous generation. It's apparently the only 2+2 variant with this engine, making it truly one-of-a-kind.

But wait, there’s more. After the Whitehead family put about 10,000 miles on this car, it was sold to another owner who put about 17,000 miles on it before his death. After that, it sat for five years before being restored by James Johnston in 1980. This Jag’s last American owner was a man named Godfrey Miller.

After his ownership of the car, however, this Jag became a ghost somewhere in the mid-'80s. It disappeared; nobody knew what happened to it. Recently, it’s been discovered that it had been owned by British music producer and Jaguar collector Pete Waterman. You may have never heard of Pete Waterman, but he’s the most successful producer/songwriter in British music history with 500 million record sales to his name.

Nicknamed the “Ghost” for its strange history, one-off configuration, and presumably its white paint job, this is surely one of the most valuable E-Types in the world. There’s no reserve on the auction and we have no idea how much it will sell for. Any predictions?